COLUMBUS — Change was inevitable for Ohio State on the defensive staff.

At the end of his first week in charge, Ryan Day is now rebuilding his first group of assistant coaches with a dramatic overhaul that started by parting ways with some holdovers. The Buckeyes didn’t provide specific details in announcing the arrival of new co-defensive coordinators Greg Mattison from Michigan and former San Francisco 49ers defensive backs coach about the rest of the previous staff, but they were conspicuous in their absence.

Defensive line coach Larry Johnson was given an additional title as the associate head coach, and the legendary assistant was the only other person named as an official member of Day’s first defensive staff — appearing to confirm the departures of coordinator Greg Schiano, linebackers coach Bill Davis and cornerbacks coach Taver Johnson.

“I love the idea of having two coordinators on defense,” Day said in a school release. “I like having a diversity of opinion, but even more I like the expertise and experience that Jeff has in the secondary coupled with the expertise that Greg brings to the front seven.

“Larry’s experience at Ohio State will allow him to have a major role in the guidance and direction of the program. His promotion to associate head coach is well earned. Larry is a wonderful teacher and mentor, and his players always become a part of his family. I am thrilled that he will continue to be a part of this program.”

Johnson was always expected to be sticking around for Ohio State. And honestly, the departures aren’t likely to come as significant surprises for the Buckeyes, who struggled mightily in Schiano’s third season with the program.

Sources had indicated to Lettermen Row that he was being given the green light to continue looking for a new job this offseason, with options in the NFL again presenting themselves as Schiano kept popping up as a name for a head-coaching job in college. And Davis had proven to be a terrible fit for Ohio State right off the bat, with his unit of linebackers having breakdowns in every loss the program suffered during his two seasons as an assistant. 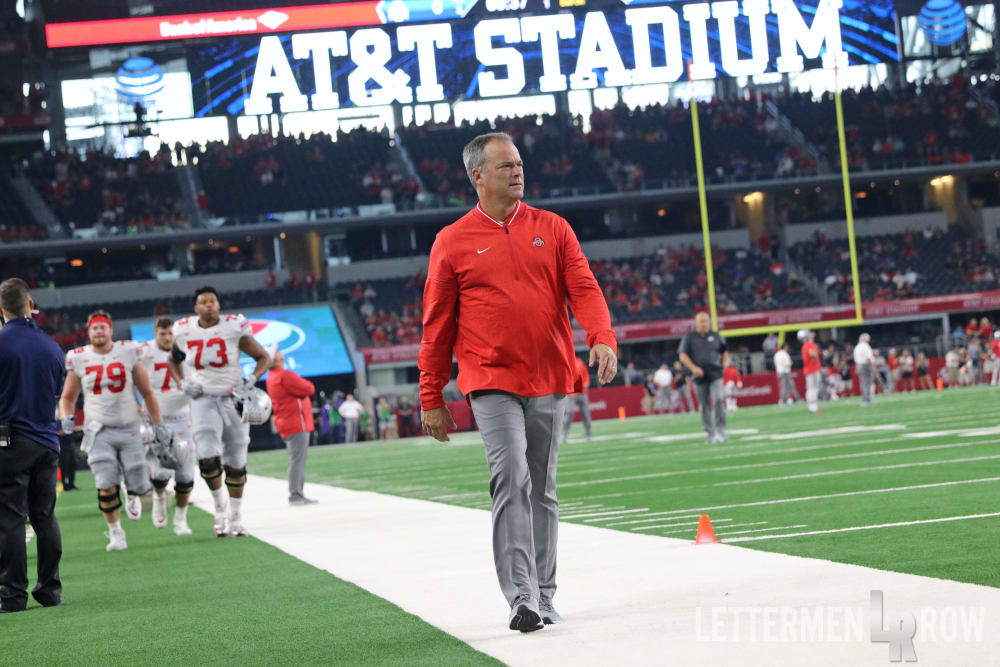 Hafley wasn’t a name that was widely known or on the radar, but he has previous experience working with Day in San Francisco and spent 11 seasons working in the college ranks, most recently at Rutgers.

“Jeff is a rising star and highly regarded as one of the best secondary coaches in the country,” Day said. “His NFL knowledge coaching the secondary is only going to enhance and improve what has become a marquee area for the Buckeyes.”

He’ll partner with Mattison, who is changing sides in the most heated rivalry in college football after spending his last eight seasons with Michigan as a defensive coordinator initially and then a defensive line coach. His positional responsibility with the Buckeyes has not yet been determined.

“Greg is a terrific coach,” Day said. “His experience as a coordinator and his knowledge of the Big Ten is extremely important to me.

“These are two outstanding coaches and they will provide stability, wisdom and a fundamental approach to everything they teach. They will add to our culture while proving to be excellent coaches and mentors for the young men in our program.”

Stick with Lettermen Row as this developing story continues to play out for the Buckeyes.