COLUMBUS — Ohio State was looking to take a step forward on defense.

Once again Alabama was standing in the way.

The Buckeyes may have confidence in the linebackers returning this fall, and certainly they’ll look more formidable by then once the injury issues that stretched them so thin in the spring are gone. But high-caliber, proven performers like Henry To’o To’o don’t pop into the portal every day, and Ohio State couldn’t afford not to take a swing at landing another instant-impact transfer at a position that currently has the most uncertainty on the roster.

The Buckeyes were always playing from behind against the Crimson Tide. And while they made it a tight battle down the stretch, Alabama claimed another victory when To’o To’o made his choice on Saturday.

“I’m very encouraged with what we did on defense this spring in general,” Ohio State coach Ryan Day said after camp. “I think we have some really good young talent back there, and the forecast is that we’re going to get everybody back here. We did have some surgeries, different things, so that was frustrating that these guys weren’t able to get as many reps in the spring as you would like.

“The good news is the cavalry is coming on this thing, and we’re going to have really great depth back there.”

The Buckeyes won’t be adding To’o To’o to that oncoming rush this offseason. And now Lettermen Row is turning the attention to what that decision means for Ohio State and the linebackers now. 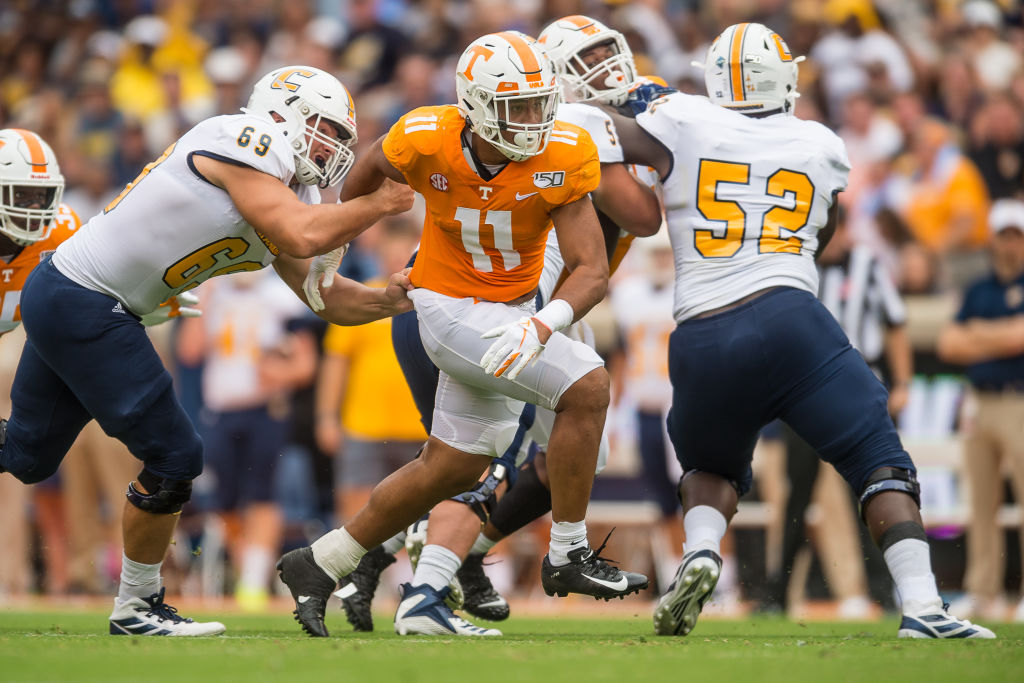 Will Ohio State continue to look for transfer linebacker?

The Buckeyes have been both selective and successful in the transfer portal when they feel there’s a need to supplement the roster, and it’s no secret that linebacker was at the top of the priority list for the program. Now Ohio State has to figure out if the talent on hand is enough to trump the inexperience — or if there is enough concern to continue poking around for a veteran option to add to the mix. There have been conversations and some level of reciprocal interest for the Buckeyes and former USC linebacker Palaie Gaoteote, but the former five-star recruit appears to be trending toward Texas at this point. Ohio State will likely make a final pitch to Gaoteote before any decision is finalized, but beyond that it’s difficult to see where else it could turn that would represent any kind of possible upgrade this summer.

Do Buckeyes have Alabama problem?

There’s really no question which program the rest of the country is chasing right now, so everybody has an Alabama problem to some degree. Ohio State is the closest competitor, but that probably only adds to the frustration when it follows up a blowout loss in College Football Playoff by losing some receiver depth to the Crimson Tide and then coming up short with Henry To’o To’o. The reality is those are all separate issues with unique factors leading to them, and the departure of Jameson Williams in particular doesn’t really count as a head-to-head battle or even necessarily a loss for the Buckeyes. But obviously the perception will be that Alabama is stacking up more wins over Ohio State, and that will continue to be a frustration for the program until it either finished on top of the recruiting rankings or gets revenge on the field in the College Football Playoff.

If the Buckeyes don’t make another move, there is still plenty for position coach Al Washington to work with even as he tries to replace four seniors in the lineup. And despite the spring injuries, there will also still be healthy competition when training camp opens in August. Once Dallas Gant is full-go coming off the foot injury that held him out of practices in spring, he’ll be the likely leader for the unit in the middle thanks to his experience off the bench and veteran knowledge. A strong spring from Tommy Eichenberg will give Washington options there, just as the combination of Teradja Mitchell and Cody Simon can fill out another slot in the Buckeyes system. It gets more interesting depending on how much Ohio State uses the Bullet this season, because that brings Craig Young, Ronnie Hickman and Kourt Williams into the equation alongside the versatile K’Vaughan Pope. When the full complement is available, the Buckeyes have no shortage of touted recruitsÂ orÂ guys with years of development in the program under their belts.

The lack of significant, meaningful snaps across the board is the looming concern — and the ability for somebody like To’o To’o or Gaoteote to address that is the primary reason the Buckeyes were portal shopping. It’s certainly possible that it won’t be a necessity for Ohio State, but any opportunity to potentially upgrade at linebacker needed to be explored.