CHAMPAIGN, Ill. — Ohio State came into Black Friday with optimism and all of its goals in reach.

It limped into the weekend with positive tests on the rise, its second game cancellation of the season, coach Ryan Day in COVID isolation, all team activities paused indefinitely and its season in jeopardy.

Clearly the Buckeyes didn’t get what they bargained for as the challenges of this already pandemic-shortened season were ramped up on the final weekend of November. And now the questions are mounting for where exactly the program goes from here with no clarity on when it might play again and if it will be able to actually compete for championships.

“We have continued to experience an increase in positive tests over the course of this week,” Ohio State athletic director Gene Smith said in a school statement on Friday. “The health, safety and well-being of our student-athlete is our main concern, and our decisions on their welfare will continue to be guided by our medical staff.”

The Buckeyes have remained in constant communication with the Big Ten, and the conversations are going to have to include a couple new, pressing topics as everybody tries to sort out just how the latest setback will impact the players and the league’s top-ranked team. There are more questions than answers at this point, but Lettermen Row is trying to make sense of the latest development for Ohio State. 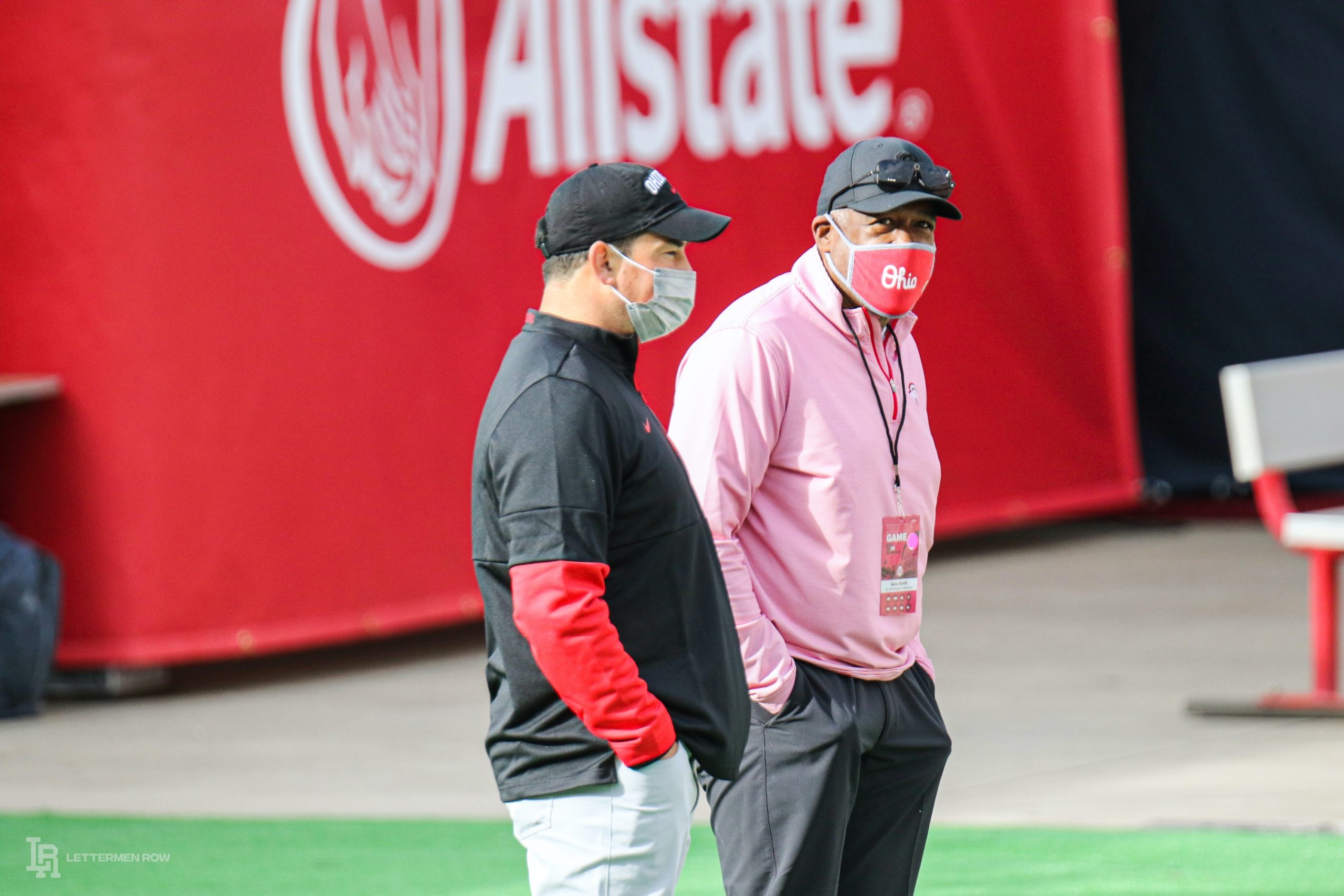 Will Ohio State be able to play next week?

As late as Friday afternoon, the Buckeyes were under the thresholds established by the Big Ten and planning to fly to Illinois early on Saturday morning. Another round of PCR tests confirmed additional positive tests for the program, though, and the plug was pulled on an Ohio State game for the second time this season.

Based on the precedents so far in the league and the viral nature of the illness, it seems unlikely that the Buckeyes will be able to buck a trend that points to teams needing two weeks to get the roster eligible for action again. Considering the fact that Ohio State didn’t reach the point of cancellation until late in the week before heading to Illinois, that gives even less wiggle room ahead of the trip to play Michigan State next Saturday. Obviously the first step for the Buckeyes is making sure everybody affected is healthy before worrying about playing a game. Predicting how long it will take for Ohio State to truly contain the pandemic as it rages around the country is almost impossible.

Imagine an undefeated Ohio State being left out of the Big Ten title game in favor of an Indiana team it beat in a division with no other legitimate contenders for the three-time defending champs. That ludicrous scenario is now on the table thanks to the minimum-games requirement the league established before the season.

The number could still drop below six, where the Buckeyes will be at the absolute maximum now. The sliding scale is two games less than the average number of games played in the league — although that is currently only triggered if the average for the entire Big Ten drops to six, which is a long shot. Ohio State isn’t guaranteed to play next week at Michigan State, but it would need to make that trip and also need Michigan to stay healthy for The Game on Dec. 12 in order to clear the current bar. The Big Ten has proven it can make up the rules on the fly, and it will need to seriously consider the qualification standards for the conference championship or risk devaluing it. 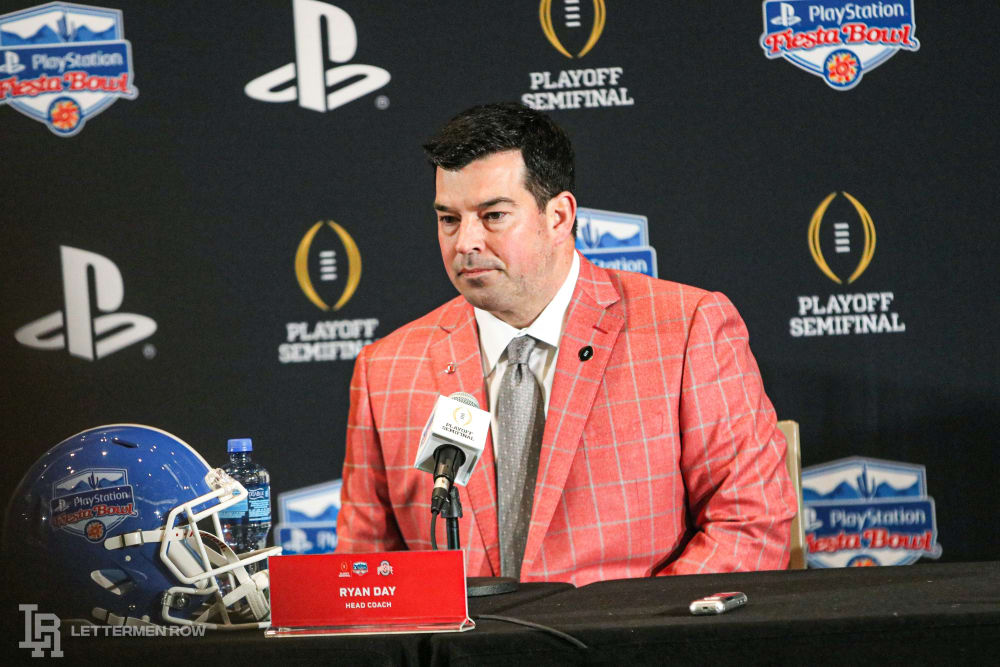 There is no minimum-game requirement to make the College Football Playoff, so Ohio State’s ability to get back in the four-team field and compete for the national championship isn’t wiped away by the cancellation. If the selection committee still evaluates the No. 4 Buckeyes as unequivocally one of the best teams in the country, it can extend a semifinal invitation as it sees fit — and there has never been any question that their loaded roster makes them a legitimate contender.

Ohio State could have a complication on its hands, though, as data points to prove their dominance slip away and the possibility of not having a Big Ten title on the resumÃ© make it a tougher sell for voters. The Buckeyes always seem to find themselves in the middle of bizarre, unprecedented situations with the College Football Playoff committee. This one is shaping up to be another major debate.

Ohio State hasn’t revealed the exact number of players who tested positive, and with no availability report this week due to the cancellation, there was no confirmation about how was impacted. Lettermen Row is continuing to respect the privacy of the players and won’t be reporting any specific individuals until the Buckeyes identify them.

But anybody that tested positive this week will be forced to miss the rest of the regular season — unless the Big Ten reevaluates its current 21-day rule for returning to action. Currently the league is going well beyond the isolation recommendations from the Centers for Disease Control and Prevention, and that’s yet another topic of conversation the Buckeyes and other programs are likely to explore with the decision-making group. Ohio State coach Ryan Day is expected to be cleared to return to the sideline by the middle of the week ahead of The Game on Dec. 12.