COLUMBUS — Ohio State has recently taken some chances with its nonconference schedule.

Diana Sabau played a vital role in scheduling all those showdowns. The former Ohio State senior deputy athletic director with a focus on the football programÂ left her post in to take a position with the Big Ten office in May.

On Monday, Jocelyn Gates was named her successor. The 2020 NCAA Division I FBS Nike Administrator of the Year, Gates has spent time in senior positions at Boston College and South Florida. She’s now tasked with molding the football schedule for one of theÂ best and most powerful brands in college athletics.

“South Florida taught me how to grind,” she said in her introductory press conference. “They taught me how to ask and not be scared for the answer ‘no’. To continue to go forward with it, but also making sure to provide the best experience for our student athletes, our coaches and the fan. So I’m excited to get to Ohio State, work closely with Gene Smith on everything scheduling, work closely with coach [Ryan] Day, and then find the best opportunities for our student athletes while also providing the best inventory for the fans.

“Something else I learned about football in general is just to be present. Be there, listen, and don’t be afraid to make the decisions that you need to make in collaboration. That’s really important as well.” 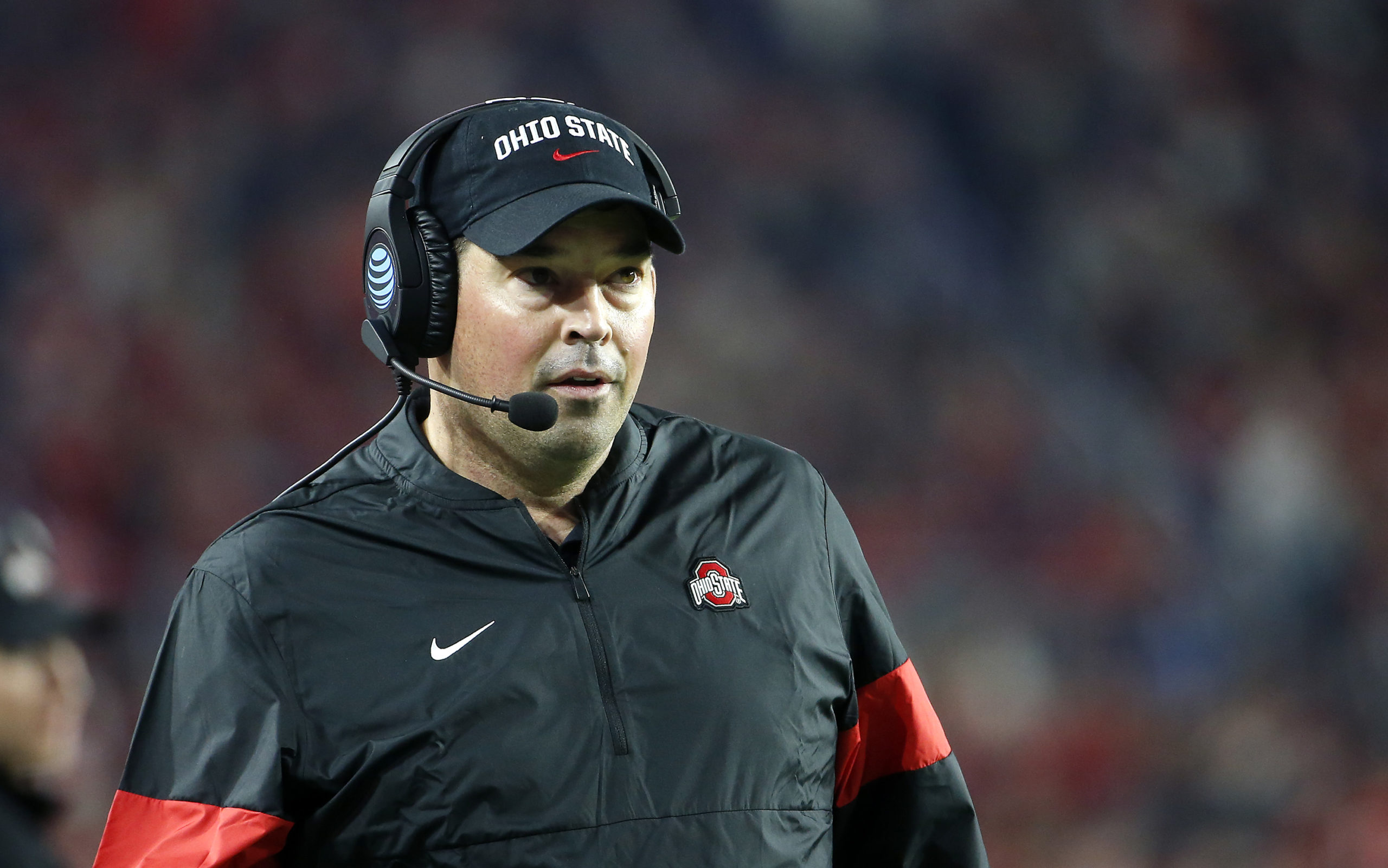 Ohio State wants to play games that will put it in the College Football Playoff picture. (Ralph Freso/Getty Images)

Gates will be tasked with a handful of football-specific duties during her time in Columbus, but No. 1 on the list will be building Ohio State’s future nonconference schedules. She’ll work closely with Gene Smith, and she’s already been in contact with Sabau.

Unlike South Florida where she was trying to lockdown Power Five opponents for buy-games, Gates will now have to sift through plenty of opportunities for the Buckeyes. She said in her opening press conference that every year the Buckeyes will play one marquee contest against a Power Five opponent balanced out by two FBS institutions.Â The logic behind the approach is to give the best inventory to fans. Typically the highlighted game on the schedule comes with a home-and-home contract, so locking down two other FBS teams guarantees Ohio State two home games.

She’s already proven capable of scheduling during her time at South Florida. Gates helped schedule home-and-home games for the Bulls with Georgia Tech, Maryland, Wisconsin and Illinois. And when she worked for Martin Jarmond at Boston College, she was part of the team that reeled former Ohio State defensive coordinator Jeff Hafley to the Eagles.

“If you’re not on the same page with the people that you work with, it’s hard to be successful, so that’s extremely important,” Gates said. “And even though I’m not there yet, that’s something that we’re starting now. We’re starting the process of really aligning. I’m learning the culture, I learning everything Ohio State and Ohio State football. So once I get there, I’m going to be listening. I’m going to be meeting people, and I’m really going to just jump right in and just be part of everything so that I can really understand it and be aligned. But alignment is the most important thing — alignment, culture, trust, transparency.”

Jocelyn Gates now has the opportunity to mold Ohio State’s nonconference schedule. She’ll want to bring in some quality opponents to the Horseshoe for one of the most powerful and recognizableÂ brands in college athletics

But her chief goal is to schedule theÂ itÂ game of the college football season for the Buckeyes.