COLUMBUS — There is no complaining about the selfless transition coming from Ohio State, and Michael Jordan is coming off what was officially graded as a champion performance.

But the Buckeyes also can’t deny that there are still some uneven moments at times from the former guard in his new, critical role in the middle of the offensive line. And whether it’s hitting the target, getting the football back with enough pace or simply providing the same sort of delivery with regularity, the consistency of the snaps is paramount for the Buckeyes.

And perhaps more than any game so far this season, Ohio State will need Jordan at his best to keep everything else that happens offensively on schedule against one of the stoutest defensive units in the Big Ten on Saturday at Michigan State.

“Yeah, it was a little inconsistent last week,” Ohio State coach Urban Meyer said. “That’s something we work on. He’s been pretty consistent throughout the year. Early on, I think he struggled a little bit. But it’s his first time playing there, but we’re in Week whatever it is [No. 11]. Overall, the last five or six games he’s done well.

“There was a little sporadic [snapping] last week, but just work on it and get better.”

The willingness to work has never been questioned for Jordan, starting from his first day on campus as he rapidly developed into a starter as a freshman.

Two years later, in some respects he was forced to start over as injuries and personnel shuffling required him to learn how to snap and play center on the fly. 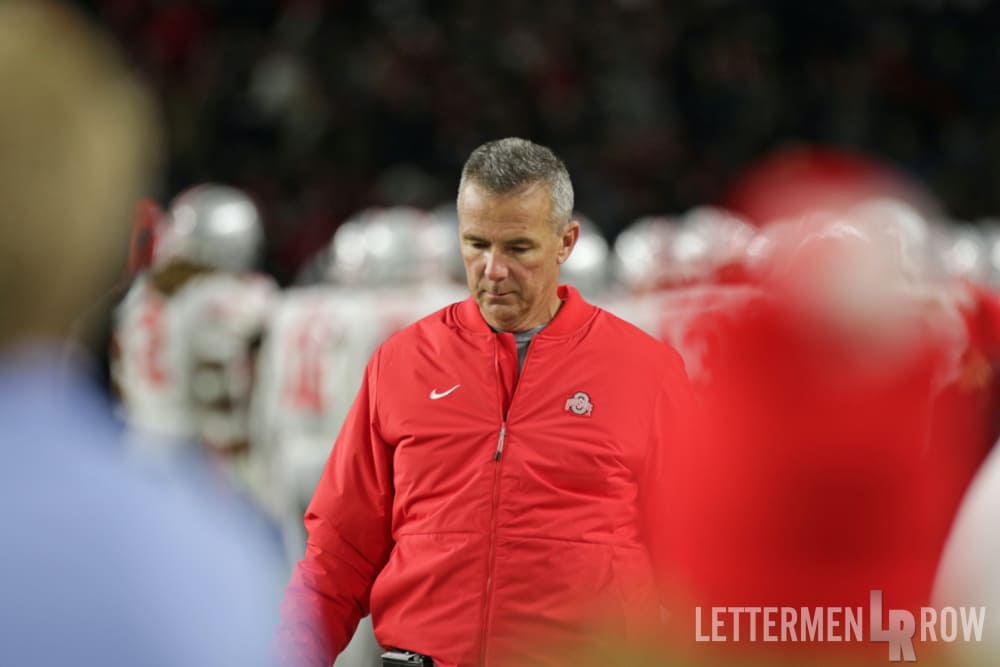 The Buckeyes haven’t been concerned enough to make another switch and potentially allow Jordan to slide back to guard. And at this point in the season, it’s probably too late anyway even with Brady Taylor working back into the rotation on the practice field after an injury sidelined him for much of the year.

“I would say each week I’ve tried to focus on getting something a little better each time,” Jordan said. “I just have to work hard every day to keep getting better at it.

“It’s a new position for me, so I think I’m going up like this [on an upswing], but I just need to keep going up, making progress and not go backwards.”

The key to keeping Ohio State moving forward on offense? The answer is a snap.