COLUMBUS — The path to the field is clear at Ohio State.

Earn the responsibility and a starting role on special teams, then the Buckeyes will expand a role on offense and defense for proven players from there.

It’s worked for years, both giving Ohio State some of the most talented units in the kicking game in the country thanks to their elite recruiting while also keeping those young players invested in a job that can often be viewed as a simple dirty work. And that formula won’t be changing for the program any time soon.

â€œThe players, theyâ€™re embracing special teams,â€ Ohio State coach Ryan Day said last season. â€œI think that goes to show you the culture of Ohio State is that our best players are on the field and theyâ€™re making blocks and getting some returns going that way.

â€œSpecial teams has been a positive for us so far, but weâ€™ve got to keep that building as we go. Again, itâ€™s a whole team effort.â€

From top to bottom, the Buckeyes might have the most loaded roster in the country. That spills over to special teams, and as Lettermen Row‘s focus on those units this week starts winding down, it’s time to make Five Bold Predictions about what will happen in the kicking game for the Buckeyes. 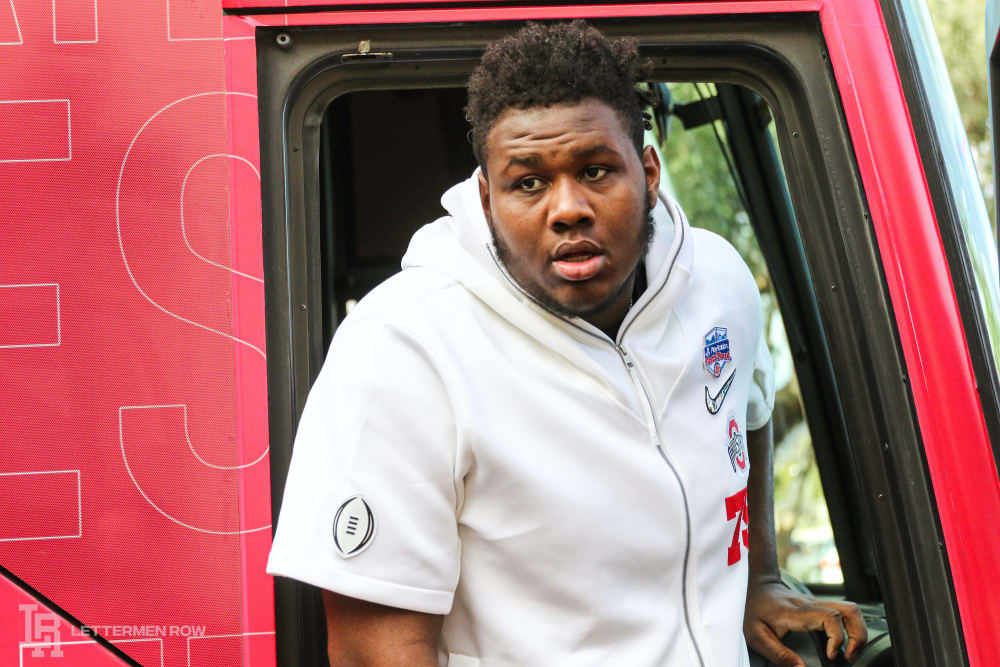 Originally viewed as a raw, long-term project, Dawand Jones bullied his way out of a redshirt season by finding a way to generate value elsewhere for the Buckeyes. Yes, Jones was ahead of schedule in his development as a blocker and looks like a potential NFL tackle. But it was the way he used his massive frame to both collapse the field-goal protection and get hands up to challenge the kicks that sparked an idea for the coaching staff that using Jones as a true freshman was more useful than saving a season of eligibility. Jones isn’t likely to win a starting job on the offensive line, but he can again be an absolute force on the field-goal block unit.

The decision to let Blake Haubeil kick a 55-yard field goal in the middle of October at Northwestern turned into a decision to let the Ohio State kicker drill a 47-yard-long field goal in the rain against Wisconsin late last October.Â That decision is going to turn into Blake Haubeil being mentally ready to make his biggest kick yet: one that wins the Ohio State football program its next national title.Â The Buckeyes offense will rarely need to deploy the Buffalo Bomber (nickname pending) but Ryan Dayâ€™s confidence in Haubeil is going to pay off in the largest way possible this coming season.

Garrett Wilson was able to prove he can make an impact on special teams last season, and he nearly broke a pair of returns for touchdowns during his freshman season. He can only get better from there. As one of the best athletes on the roster, Wilson shows confidence when fielding punts and an ability to slip away from would-be tacklers. It’s the perfect recipe for at least two touchdowns on returns in his sophomore campaign. 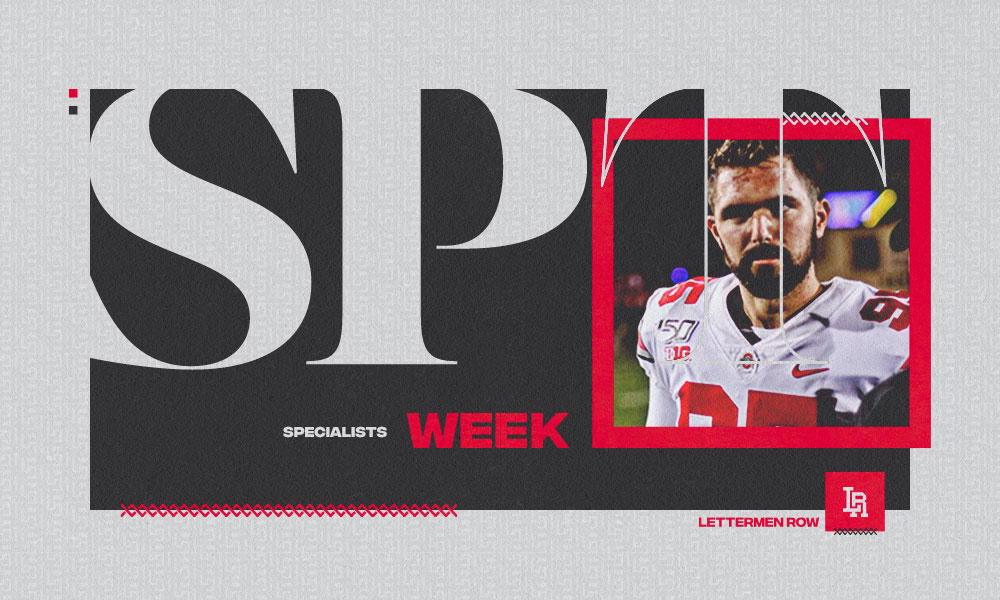 Ohio State kicker Blake Haubeil has shown he can be counted on by the Buckeyes. (Sam Silverman/Lettermen Row)

Think about it, Blake Haubeil’s perfect night as a kicker against Clemson actually was symbolic of what could have gone so much better for Ohio State in that College Football Playoff loss. His three field goals came from 21, 22 and 33 yards. They represented three trips deep into the red zone on which the Buckeyes were stopped short of the end zone. Just one of those ending in a touchdown would have changed the complexion of the game. Alas, for a man who last year made 13 of his 15 field goal tries (meager chances by any measurement), seeing even less of Haubeil for any reason other than an extra point (he was 85 of 85 on those) is probably Ryan Day’s goal this year. But as Haubeil proved with that 55-yard field goal — tied for second longest in school history — on the last play of the first half in the romp at Northwestern last year, he will be quite capable if needed in a pinch.

Will Crall: Drue Chrisman will punt even less for Ohio State

The offense is far too powerful to have much use for a punter, even one as good as Drue Chrisman. So the veteran will punt less than 40 times this year. Chrisman is entering his fourth year as the starting punter and has been a consistent, steady presence for the Buckeyes. Over the last three years Chrisman has punted 51, 61 and 46 times respectively. I believe that he would be a top contender for the Ray Guy award, but because Ohio Stateâ€™s offense is so good, he will not get the opportunity to showcase his talent very often in his final year with the program.