The summer offseason is in full swing, and Lettermen Row is trying to survive it with our annual Position Week breakdowns. By the time all nine units at Ohio State have been covered, training camp and media days will nearly have arrived â€” and the return of football in the Horseshoe will be just around the corner. Letâ€™s roll right along by turning the attention to the tight ends for the Buckeyes.

COLUMBUS — The role of the tight end at Ohio State changes with every new offensive philosophy.

For much of the Woody Hayes tenure, the tight end was used as just another offensive lineman. But as time progressed, the Buckeyes continued to bring in athletic, versatile players who could both block and catch passes. That was on heavy display in the Earle Bruce and John Cooper eras.

And when Urban Meyer came to Columbus in the early 2010s, he had a crop of tight ends who were capable of being used in multiple facets of the game.

Narrowing down the best tight ends in Ohio State history is a challenge. For starters, putting a player on the top-five list strictly for blocking is nearly impossible. Leadership counts, as well as production in the pass game. It’s the flashy part of the position so many people notice, and the one of the few statistical references to go by.

Overall, however, the impact on the Buckeyes offense counts the most. Did they make big plays? Did they help produce in the red zone?

It all matters.Â So in honor of Tight Ends Week at Lettermen Row, here are the five best tight ends in Ohio State history. 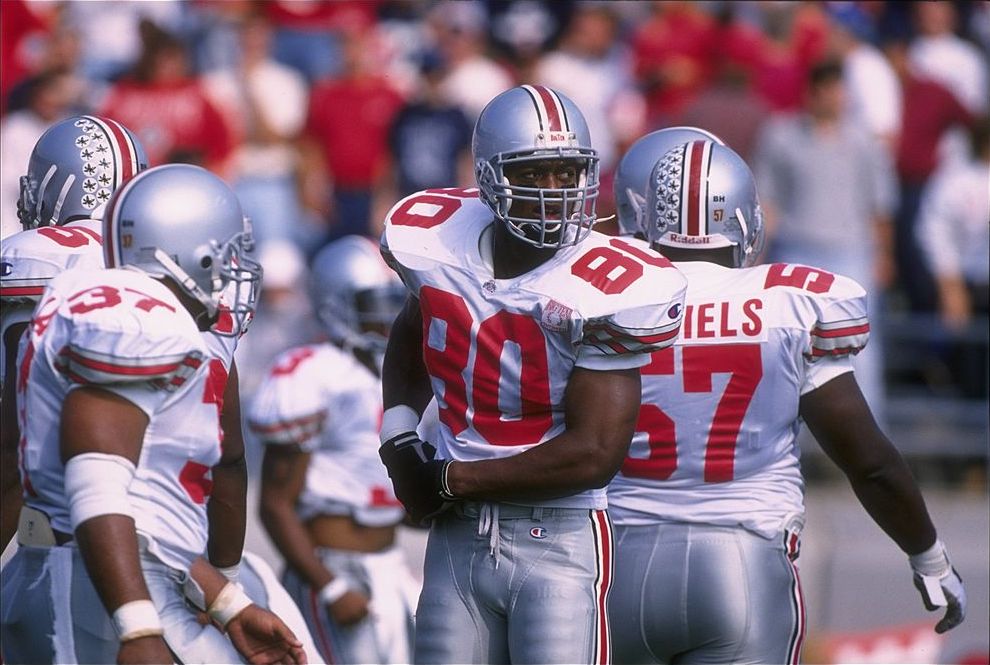 One of the top tight ends in Ohio State history was a two-sport athlete during his time in Columbus. Rickey Dudley played for Randy Ayers on the hardwood when he first arrived, playing in the frontcourt with a 6-foot-7, 230-pound frame. After two seasons of basketball, the formerÂ Texas 4A football player of the year missed the gridiron. After a successful tryout, he joined John Cooper’s squad for the 1994 season and collected nine catches for 106 yards and two touchdowns. But when starting tight end D.J. Jones underwent open heart surgery, Dudley stepped up and put together one of the best seasons in Ohio State history at the position. In his second and final season with the Buckeyes, he caught a pass in every game. He finished with 37 catches for 575 yards and seven touchdowns, averaging 15.5 yards per reception and helping the Buckeyes to an 11-2 mark. Most impressive, he was third on the team in receptions behind Terry Glenn and Eddie George. The first-team All-Big Ten selection capped off his college career with a five-catch, 106-yard performance in the Citrus Bowl against Tennessee. Dudley’s 1995 season currently ranks third in Ohio State history for most receiving yards by a tight end in a season.

Woody Hayes’ teams are remembered for their powerful, run-first attack. But in his second season in Columbus, Hayes rode his quarterbackÂ John Borton’s arm to a 6-3 overall record. After only catching 11 passes for 221 yards across his first three seasons with the Buckeyes, Robert Grimes tallied a team-high 39 receptionsÂ for 534 yards and eight touchdowns in 1952. With a passing quarterback behind center his numbers were sure to rise, but his single-game performances continue to stand the test of time. His four-touchdown performance against Washington State are still the most in Ohio State history; only Noah Brown, Dane Sanzenbacher and Terry Glenn have touched the number. He also racked up 187 receiving yards in the game, the most by a tight end in program history. He nearly broke his yardage mark against Pittsburgh later in the season with 143 yards, and his 12 receptions in the game are the most by a Buckeyes tight end. 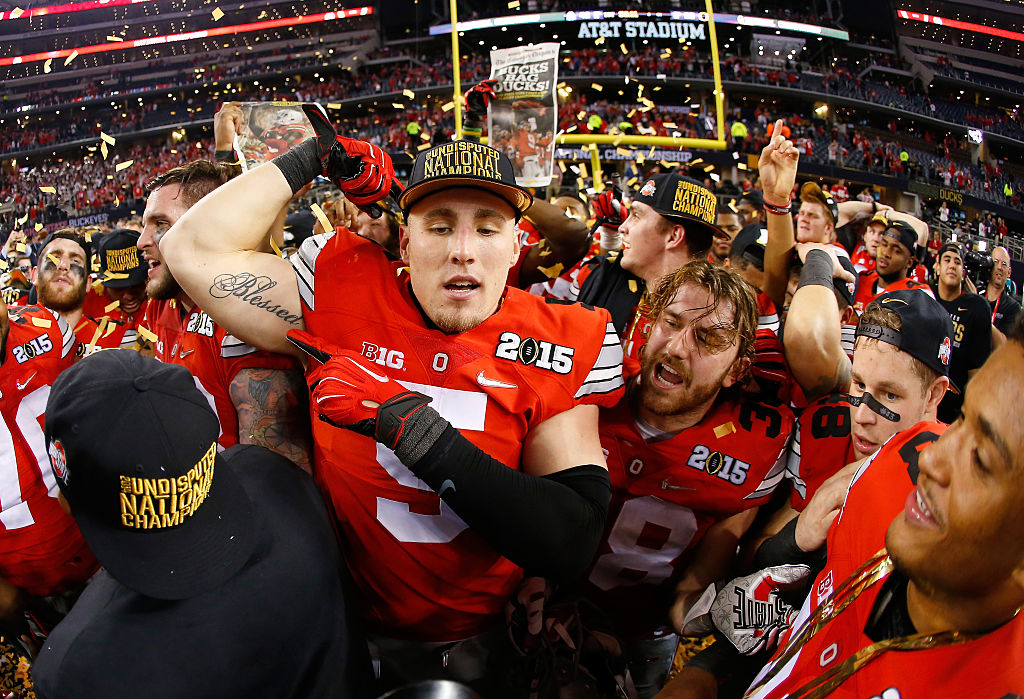 Only one other Ohio State tight end has been given All-Big Ten selection status since Jeff Heuerman in 2013. A second-team pick by both the coaches and media, Heuerman became Ohio State’s main receiving target at tight end in his junior season. With 26 receptions for 446 yards for four touchdowns, he ranked third on the team in receiving. And his 17.9 yards per reception led all Buckeyes receivers. Arguably the best game of his career came at Purdue in early November, recordingÂ 116 receiving yards, the most in a single game for an Ohio State tight end in 30 years which earned him the Mackey Player of the Week award. A foot injury kept Heuerman out of spring camp headed into his senior season. He was a factor in Ohio State’s national championship season, but didn’t post eye-catching numbers like 2013. Heuerman will be remembered for his speed and versatility, his ability to line up outside and also be used in the run game, which he was on a fake punt in the 2014 Orange Bowl.

Jake Stoneburner still holds the all-time record for most touchdown receptions by an Ohio State tight end. The first starting tight end in the Urban Meyer era, Stoneburner’s 13 touchdown catches still haven’t been touched. After redshirting his freshman season, he was Jake Ballard’s backup in 2009 before starting a handful of games in 2010. His 2011 season served as a breakout year, recording 14 receptions for an average of 13.8 yards per reception and seven touchdowns. A Dublin native, he switched to an H-back role in 2012 and still made a notable impact, grabbing four touchdowns. He helped Ohio State seal its win over Penn State his senior season with a 72-yard touchdown catch from Braxton Miller late in the fourth quarter. Stoneburner showed during his final season in Columbus his pass-catching ability, but he never struggled blocking on the line, either.

The all-time leader in tight end receptions and receiving yards, John Frank played his best game against Michigan his senior season. Despite a 24-21 loss at Michigan Stadium, Frank pulled down 10 catches for 123 yards. He finished the 1983 season with a team-high 45 catches. Playing on a team with no star receivers, he stepped up as the top receiver his final season in Columbus after Gary Williams’s departure and served as a team captain. Twice named an Academic All-American, Frank’s nine-career touchdown catches are tied for third in Ohio State history among all tight ends.