Ohio State: Will any Buckeyes elect to skip the Rose Bowl?

The speculation, debate and conversations about Ohio State never end, and Lettermen Row is always ready to dive into the discussions. All week long, senior writer Austin Ward will field topics on Urban Meyer and the Buckeyes submitted by readers and break down anything that’s on the minds of the Best Damn Fans in the Land. Have a question that needs to be tackled, like the one today about Dre’Mont Jones and players possibly skipping the Rose Bowl? Send it in right here — and check back daily for the answers.

Who, if anyone, sits out of the game? Hearing Jones possibly sitting this one out.

Maybe Dre’Mont Jones was just stirring up a little drama for kicks. Maybe it was a warning not to be surprised by his potential absence. Or perhaps the Ohio State defensive tackle really hadn’t made up his mind at all.

But as he walked away from a podium in the Woody Hayes Athletic Center last week, his response when asked if he was going to play in the Rose Bowl certainly had some wheels spinning: “We’ll see.”

Now, there are plenty of reasons for Jones not to play in Pasadena that are completely understandable. He’s been banged up for almost the entire season physically, he’s potentially on the brink of becoming a first-round pick when he inevitably declares for the NFL draft and it’s becoming far more common in the playoff era for players to protect their futures by skipping games that don’t have championship implications.

The flip side? It’s the Rose Bowl, for one, and that still carries a lot of weight at Ohio State. Now it’s also become Urban Meyer’s last game, and that’s obviously something that qualifies as a special opportunity. And it’s also a chance to bolster draft stock with one more solid outing, although that’s something Jones may not need. 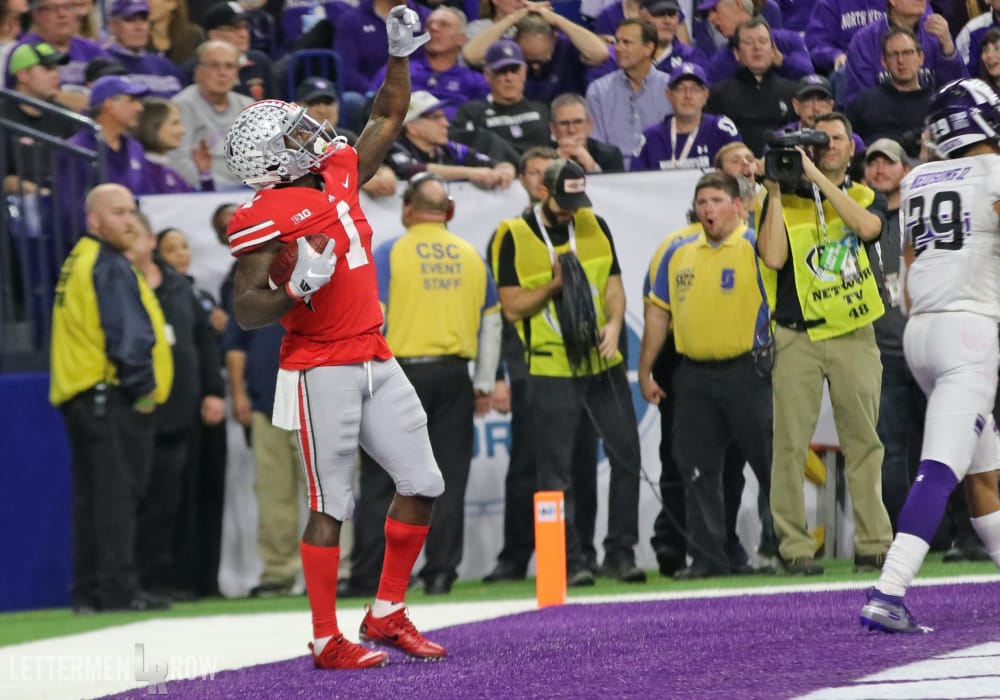 When it comes to these decisions, the players really can’t be blamed no matter what they elect to do. The Buckeyes have been through this before already now with Denzel Ward sitting out the Cotton Bowl last year. And the focus on the playoff has made it more clear than ever that all the other bowls are just exhibitions — even, sadly, one as prestigious as the one in Pasadena. This question isn’t really about arguing for players to be paid or expanding the playoff, so it’s just a fact of this current postseason model that surefire professionals have every right to be cautious.

So, will Jones play? He and quarterback Dwayne Haskins are really the only guys with millions of dollars at stake, and neither of them really need a showcase to boost their draft positions. Haskins, though, has already made it clear on a number of occasions that he’s going to play. That doesn’t mean other Buckeyes won’t weigh that option, but it would be surprising to see some of the other potential early-entrants skip the Rose Bowl — and seniors like wide receivers Terry McLaurin, Parris Campbell and Johnnie Dixon probably wouldn’t even spend a second thinking about not wearing the scarlet and gray once more.

That is probably going to leave Jones alone in the spotlight until he makes his intentions more clearly known.

There’s a case to be made either way for him. So, his original answer is pretty much perfect for now: We’ll see.