From the time he picked up the microphone and began talking outside Ohio Stadium on Saturday to the time he ended his five-minute speech, the father of Ohio State freshman wide receiver Gee Scott Jr. made sure to get his points across, hoping they would land on the right set of ears at Big Ten headquarters.

Scott wants to hear from Big Ten commissioner Kevin Warren. Scott wants his son to have a chance to play this fall. And he wants a proper explanation given. Without those, the parents of Ohio State football players only continue to grow more frustrated with this entire process of canceling a season while other conferences gear up to begin.

“It hurts, right?” Scott told Lettermen Row after the parents ralliedÂ on Saturday morning. “It hurts because as a parent, for the first time, you don’t really have answers for your child. If there’s one thing that fears all parents, it’s when you don’t have an answer for your child. It’s tough. On one hand, I do still have hope and I still believe and I’m encouraged by Buckeyes Nation more and more every single day.

“Over the last two weeks, I’ve learned how resilient Buckeye Nation is and the real reason as to why my son did make the decision to come across country to come and be a part of this great institution and university.”

Scott traveled farther than any other person in attendance at the rally Saturday. The radio host from Seattle made his way from Washington to Columbus on Thursday to meet with parents and search for answers from Ohio State and the league, with the latter seemingly in no hurry to provide anything to the parents, coaches and players other than a generic letter with hollow reasonings for postponement. 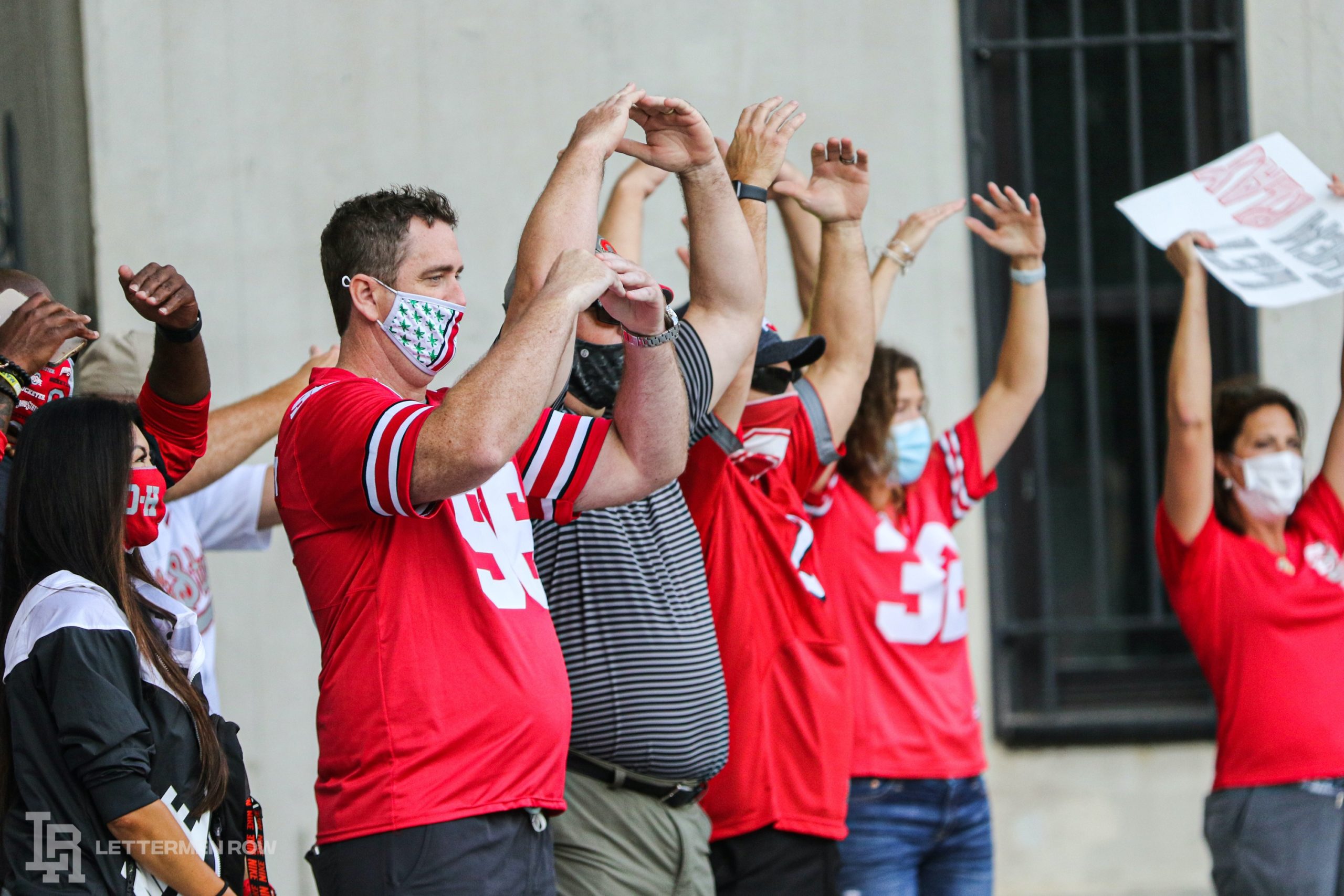 “The biggest reason I traveled this way to be a part of this today is a very simple message: Help us understand,” Scott said. “Help us understand why we are in this situation. True leadership tells you what happened, why it happened and then tell you there is a plan going forward. The Big Ten and the commissioner told us what happened. They won’t share with us why it happened and they won’t share with us a plan going forward. That hurts.”

The hurt in his voice is real. Ohio State parents from across the country feel like they have nowhere to turn. Since Aug. 11 when the commissioner spoke on Big Ten Network, he has been nearly invisible to media and parents. He has done a few interviews for written stories with select media. But Warren has yet to hold a press conference to answer questions or address parents who are becoming more frustrated and angry with each passing day.

Scott is among the most frustrated and hurt.

Ohio State has remained adamant that it wanted to play. Other schools in the league have, too. And as plans begin to take shape for a makeshift football season, whether that starts in November, January or later in the spring, the parents at Ohio State just want some answers. And they want to understand why decisions were made.

Until the Big Ten, and Kevin Warren in particular, answers the questions of concerned parents, Scott and the rest of the moms and dads at Ohio State will remain frustrated with this process.