Just a week into spring practice last March inside the Woody Hayes Athletic Center, Stover caught everything thrown his way during an open practice session. He was turning heads and proving the move from the defensive side of the ball to Buckeyes tight end was working.

Then the shutdown happened.

Stover missed out on the final 12 practices of spring. He missed the opportunities that come with a normal preseason camp and the reps that come with a full slate of games. But Stover doesn’t view that as negatively as he could.

For Cade Stover, the transition to tight end stayed on the right track — and is still on course over a year later.

“I didn’t really look at it as a setback, to be honest,” Stover said this spring. “I was home. I was working out there. Working just as hard as I would be here, just without the practice. It definitely hurt not having it. Nothing I can do about it, nothing they can do about it.

That approach has worked for the ultra-athletic and talented Stover as he continues to transition to tight end. Stover played running back in high school. He dominated. The Lexington native was recruited to play linebacker because of his physical nature and playing style. 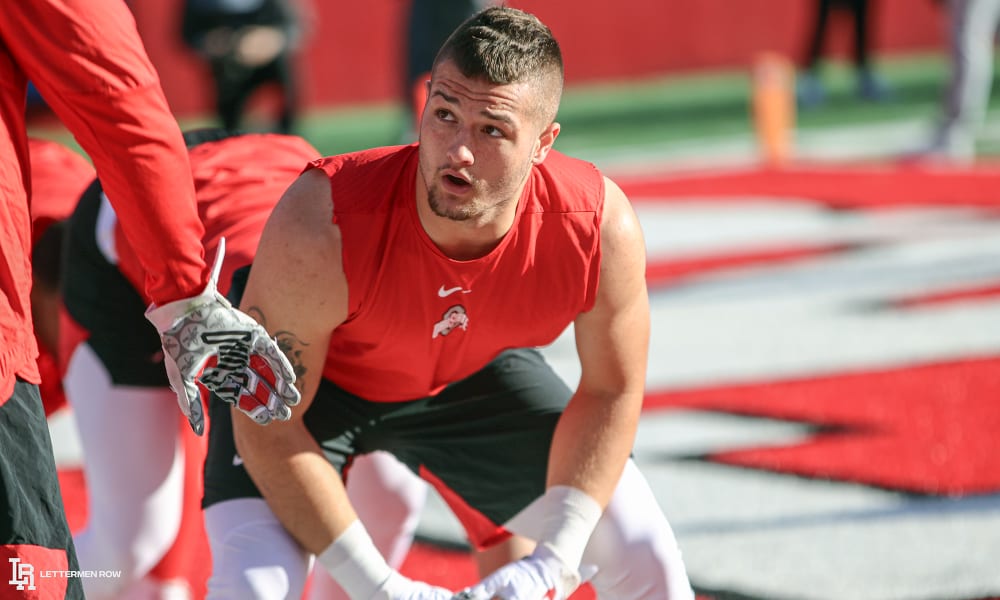 Cade Stover made the transition to tight end at Ohio State. (Birm/Lettermen Row)

But now as a tight end, he’s back with the ball in his hands. After the transition period, Stover is beginning to show he can be as explosive on the offensive side at Ohio State as he was in high school that made him Mr. Football in the state.

“It was tough at first, I guess,” Stover said. “But coming from the offensive side of the ball in high school helped me out a lot. Once I got the ball back in my hands and got through the mental part of it, it went pretty smoothly.”

Stover is a football player first. He is violent on the field. One of the most physical players on the Buckeyes roster, Stover could have likely made an impact at linebacker.

But once the shift over to tight end began, Stover started to excel and look comfortable in the new role. Sure, he missed a lot of developmental time in the last year, but he’s making up for it now.

And he is showing he can make up for it in short order — and he could even be an impact player this fall as the Buckeyes look for a second tight end to complement potential All-American Jeremy Ruckert.

“He worked really hard this past year,” Ohio State coach Ryan Day said. “But he’s like a lot of these guys who didn’t have a spring last spring and didn’t have much of a preseason. He played behind Luke [Farrell] and [Jeremy Ruckert] last year, so he didn’t have a lot of game experience.

“This is a big spring for him. This is the time. He’s got to really step up now. I think he’s poised to do that. He’s had a good offseason, so now we’ll see how this spring goes. We’re excited about what we see.” 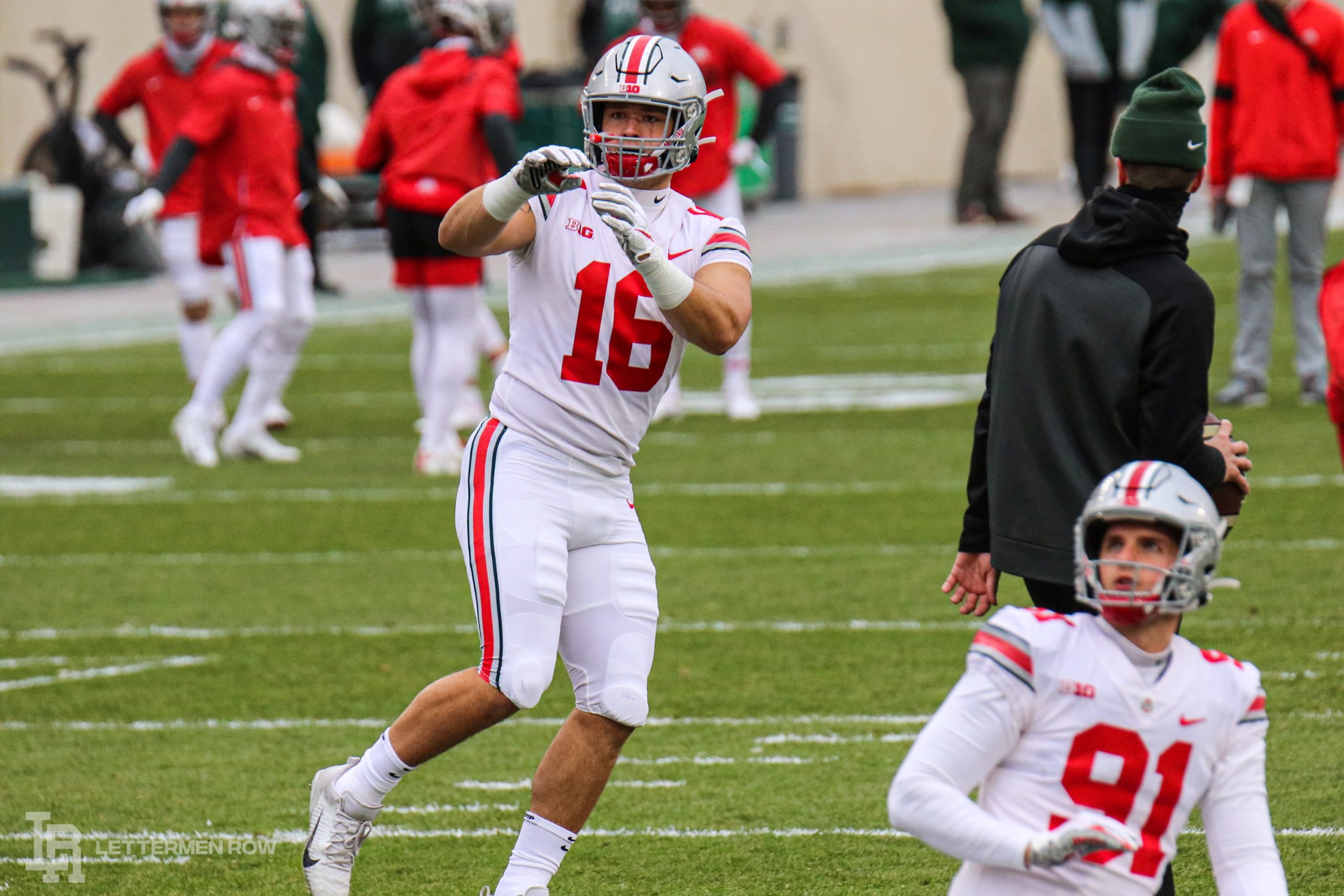 Turn on his high school highlight tape for the proof of concept when Stover touches the ball. He’s 6-foot-4 and 250 pounds. As violently as he runs, he’s tough to bring down. And he has proven he has soft hands to catch the football.

In just a short time since beginning to play tight end, Stover is turning heads around the football facility, reminding everyone of his past on the field with plays in practice.

“I like the way that Cade plays,” walk-on tight end Mitch Rossi said. “I like his attitude. He’s kind of an old-school football player. I enjoy the energy that he brings. And he’s a very athletic guy. He played offense and defense in high school, so he’s really made the transition well. He’s got great hands, great ball skills and everything.

The same traits that made Stover a coveted, top-100 linebacker recruit coming out of high school are what make him such an intriguing option as the Buckeyes look to replace Luke Farrell, a consistent blocker who could also make an impact in the passing game.

Stover has the tools to do what Farrell did last year. And he has been proving that since his first days in the tight end room. Even a year later, the transition is still ongoing. But Cade Stover is growing more comfortable where he is.

That could lead to a huge role as the No. 2 tight end in the Buckeyes potent offense.