Have a question about Ohio State recruiting? This is the place for you, five days a week. Submit your questions on Twitter or on the Lettermen Row forums. Check in daily to see what’s on the mind of Buckeyes fans all over the country. Today’s question is about the defensive line and what the Buckeyes do now that Ty Hamilton and Darrion Henry have committed to Ohio State.

Why are we not going after a DE in this cycle?

Ohio StateÂ is recruiting defensive ends in the Class of 2020 but, and we talked about this a few weeks back, the look of the position could be different for the Buckeyes moving forward. Why? Let’s go back to that column from the middle of May.

I donâ€™t think that there will be many 6-foot-3, 230-pound defensive linemen making their way into a recruiting class for the Buckeyes unless itâ€™s a player who is extremely special with his hand in the ground. In this new Ohio State defensive approach, what Larry Johnson and the Buckeyes are looking for are big kids who can cause havoc as a defensive end or a defensive tackle â€” and can switch around without requiring a philosophy change to accompany the substitutions.

That’s the future of the defensive line at Ohio State for the most part and that’s why you’ve seen players like Vernon Broughton, Jacolbe Cowan and Kedrick Bingley-Jones all make their way to Columbus for official visits in the last three weeks. 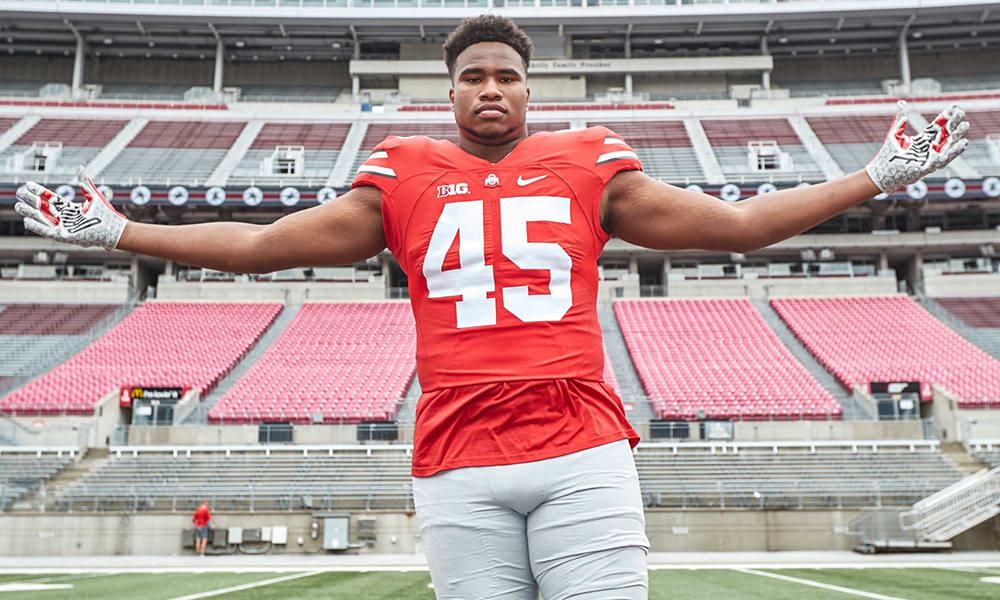 Broughton is probably the top remaining target for Ohio State and I still think his eventual choice comes down to Texas and Texas A&M but the impact Larry Johnson made on him shouldn’t be dismissed out of hand. Ohio State was not a real threat in this recruitment a month ago but they’ve got the attention of Broughton, his family and the other schools recruiting him now.

While the new normal is evident when but there are still others that don’t fit that particular circumstance still being recruited and the Buckeyes are in a position where they may need to proceed slowly because, at this point, scholarship numbers are not necessarily their friend. If the next month goes as Ohio State would like it to, there will be room for just one or two more players in the Class of 2020 and that means Johnson, who is notoriously patient while recruiting the players he wants. The legendary coach isn’t going to panic, especially with stars like North Carolina 5-star prospect Desmond Evans still in the picture uncommitted and Ohio State has not stopped recruiting other players, like A&M commit Fadil Diggs and Tennessee stars Jay Hardy or Tyler Baron, among others.