The speculation, debate and conversations about Ohio State never end, and Lettermen Row is always ready to dive into the discussions. All week long, senior writer Austin Ward will field topics about the Buckeyes submitted by readers and break down anything that’s on the minds of the Best Damn Fans in the Land. Have a question that needs to be tackled, like the one today about Ohio State and what happens next for Quinn Ewers? Send it in right here — and check back daily for the answers.

Thoughts on maybe this could be a Trevor Lawrence situation and by seasons end he takes over. Clemson was undefeated when they made the move.

Quinn Ewers has just about everything a quarterback prospect could want.

Rocket arm. Sniper accuracy. Confident swagger. A program with an offensive guru who will build an offense to suit his skill set.

But there is one thing the five-star prospect doesn’t have, and it’s pretty important to keep in mind when speculating about how quickly the nation’s top-rated recruit could help Ohio State. Ewers is short on time, and it’s going to make it almost impossible for him to compete for significant playing time during what is more of a Year Zero than a Freshman Campaign now that he’s made the decision to reclassify.

According to multiple Lettermen Row sources, the Buckeyes are expecting it to take about 10 more days before Ewers has finished his final credit to graduate high school, complete all the paperwork for enrollment and then actually get cleared to start practicing during training camp. Technically Ewers hasn’t even signed with the program yet, which means nobody at Ohio State will even be able to comment on him directly when the quarterbacks preview training camp on Tuesday.

Generational talent or not, the Ewers timeline only leaves three weeks of practiceÂ at most during the most important on-field development and installment period on the calendar. Considering that just about every quarterback who has ever worked with Day has stressed the need for a full year to learn the offense, improve physically in the weight room and get comfortable with all the responsibilities of college life, that is obviously an incredibly tall order for Ewers. 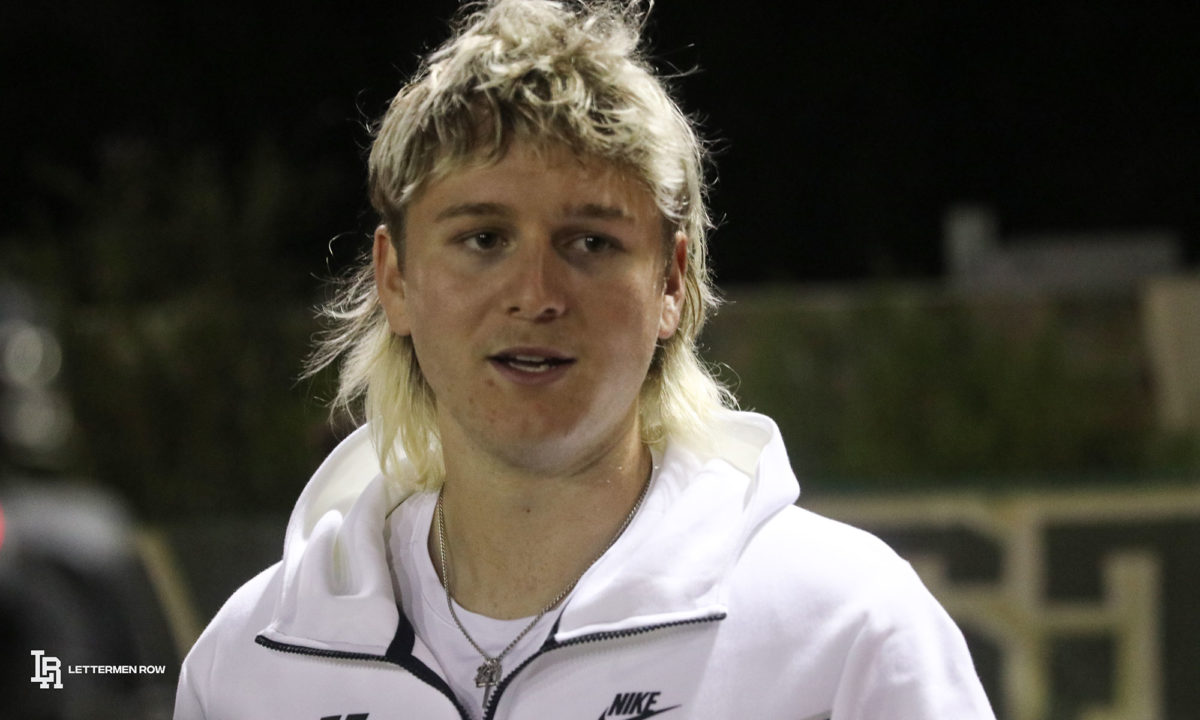 Honestly, it would be unfair to put any kind of expectations on Ewers that he could compete this month with the three quarterbacks already on campus for the starting job — and that’s without factoring in that those guys have 14 recruiting stars between them as well. Given the importance of open, honest conversations between Day and his quarterbacks, it would be stunning if Ewers wasn’t already aware of that when weighing his options. And that means that beyond the Name, Image and Likeness implications for Ewers, this move is more about preparing himself for next season and his originally-scheduled arrival in January than it is about trying to supplant C.J. Stroud, Kyle McCord or Jack Miller right now.

Ewers hasn’t had the playbook in his hands. He’s never been through a Mat Drill with strength coach Mickey Marotti. There have been no summer throwing sessions with Chris Olave and Garrett Wilson to develop chemistry with the mature Buckeyes looking for a leader who can help take them back to the College Football Playoff. This isn’t a Trevor Lawrence situation for a number of reasons, but start with these: Ewers won’t have anywhere near the preparation time that an early enrollee gets, plus the other Ohio State quarterbacks are all vastly more talented than the guy Clemson benched in favor of the freshman.

Clearly this is an unprecedented situation, and it’s understandable why there is so much intrigue swirling around somebody with as much talent as Ewers. Even with his degree in hand, though, he’s effectively still just a high-school senior about to be thrust into a situation that is challenging even under the best of circumstances.

Ohio State doesn’t need to rush it, and it won’t.

Quinn Ewers will show up this month with an eye on the future. Adjust expectations for the present accordingly.