The No. 1-ranked prospect in the country according toÂ 247Sports.com,Â Tuimoloau announced on CBSSports.com that he’s committed to Ohio State.

It’s a decision that’s been months in the making. The Buckeyes had been the reported leader in his recruitment as far back as January of 2020. He’d originally planned an official visit to Columbus in March of 2020, a trip that was scrapped due to the Covid-19 pandemic that shut down college football recruiting.

His recruitment came alive again in June. That’s when the 6-foot-5, 277-pound defensive lineman from Eastside Catholic (Sammamish, Wash.) got to make his long-awaited official visits. Ohio State landed third on the visit list, hosting Tuimoloau and his family for an official visit over the weekend of June 18-20. The trip to Columbus began what was expected to be a whirlwind week with three expected stops. The order of those visits was highly-scrutinized with people all over trying to give every date significance. After leaving Ohio, Tuimoloau went straight to Oregon for an official visit with Ducks and was scheduled to head to Tuscaloosa and see the Alabama Crimson Tide right after that. 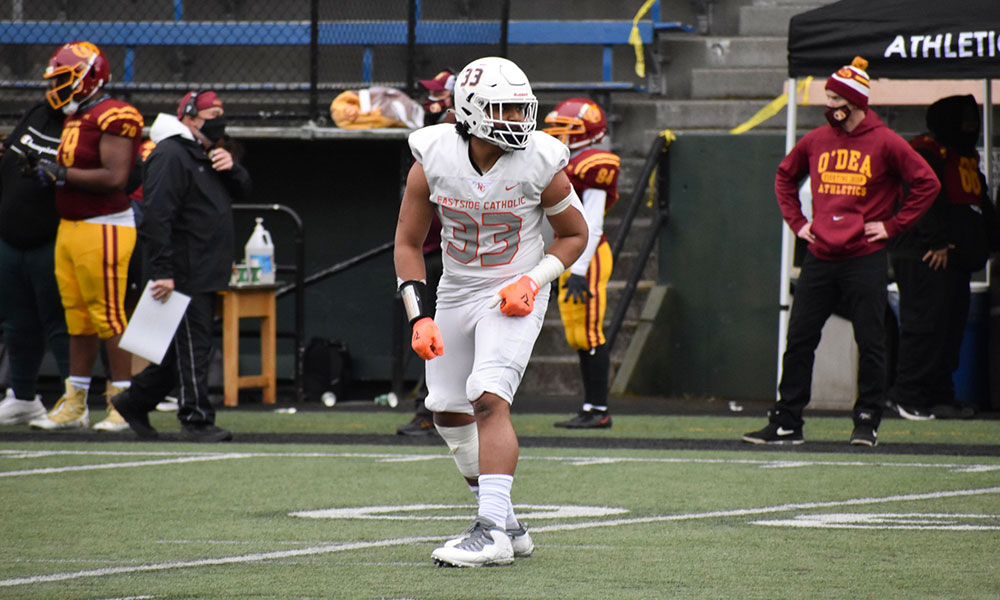 J.T. Tuimoloau has the ability to make an impact on day one at Ohio State. (Photo/247Sports)

The visit to Alabama didn’t happen, sending shockwaves through the recruiting world. Nick Saban’s program, long considered a top contender for Tuimoloau, was out. That sent the coveted prospect into decision mode with four remaining options: Washington, USC, Ohio State and Oregon.

And on Sunday, Independence Day, the No. 24-ranked all-time recruit chose the Buckeyes. In the end, it was all about alignment.

Larry Johnson’s reputation and legacy opened the door for Ohio State. Ryan Day and the Buckeyes commitment to off-field development and to family helped close it. In the middle of it all, was a focus by J.T. Tuimoloau to get to the NFL as a defensive end.

Tuimoloau will head to campus and begin his career as a Buckeye next week. After one of the wildest recruitments in history, now is the time to just get back to playing football.