COLUMBUS — There had always been glimpses at the superstar potential, and Tyreke Smith appeared poised to make it a permanent show.

The Ohio State defensive end was healthy, building momentum and fresh off perhaps the finest outing of his career as he terrorized Clemson from start to finish in the Sugar Bowl. This was the first-round NFL Draft pick version the Buckeyes always knew was in there, and he was arriving at just the right time.

And then Smith was dealt another setback, this time due to COVID protocol that forced him to miss the national-title game. It’s been a familiar stop-and-start story throughout his career with the Buckeyes, but that’s probably one key reason he’s not ready for it to be over yet.

Tyreke Smith is supposed to be the next to take the torch from the Rushmen legends. And he’s got one more year to live up to the expectations those guys have personally, purposefully bestowed on him.

“Tyreke, the way he gets off the ball is something beautiful to watch,” fellow Ohio State defensive end Tyler Friday said last season. “I tell him everyday, thatâ€™s some of the craziest get-offs Iâ€™ve seen.

“Chase [Young] and Nick [Bosa] have been here, Iâ€™ve seen both of them play. I tell Tyreke all the time: â€˜Man, you got it.â€™ I could definitely see Tyreke emerging into that star.â€

Young himself predicted the same emergence for Smith, and the signs remain clear to see that he can do it as a senior. His return is critically important for the Buckeyes as they pursue another Big Ten title and a return to the College Football Playoff, and Lettermen Row is evaluating everything it means heading into the offseason. 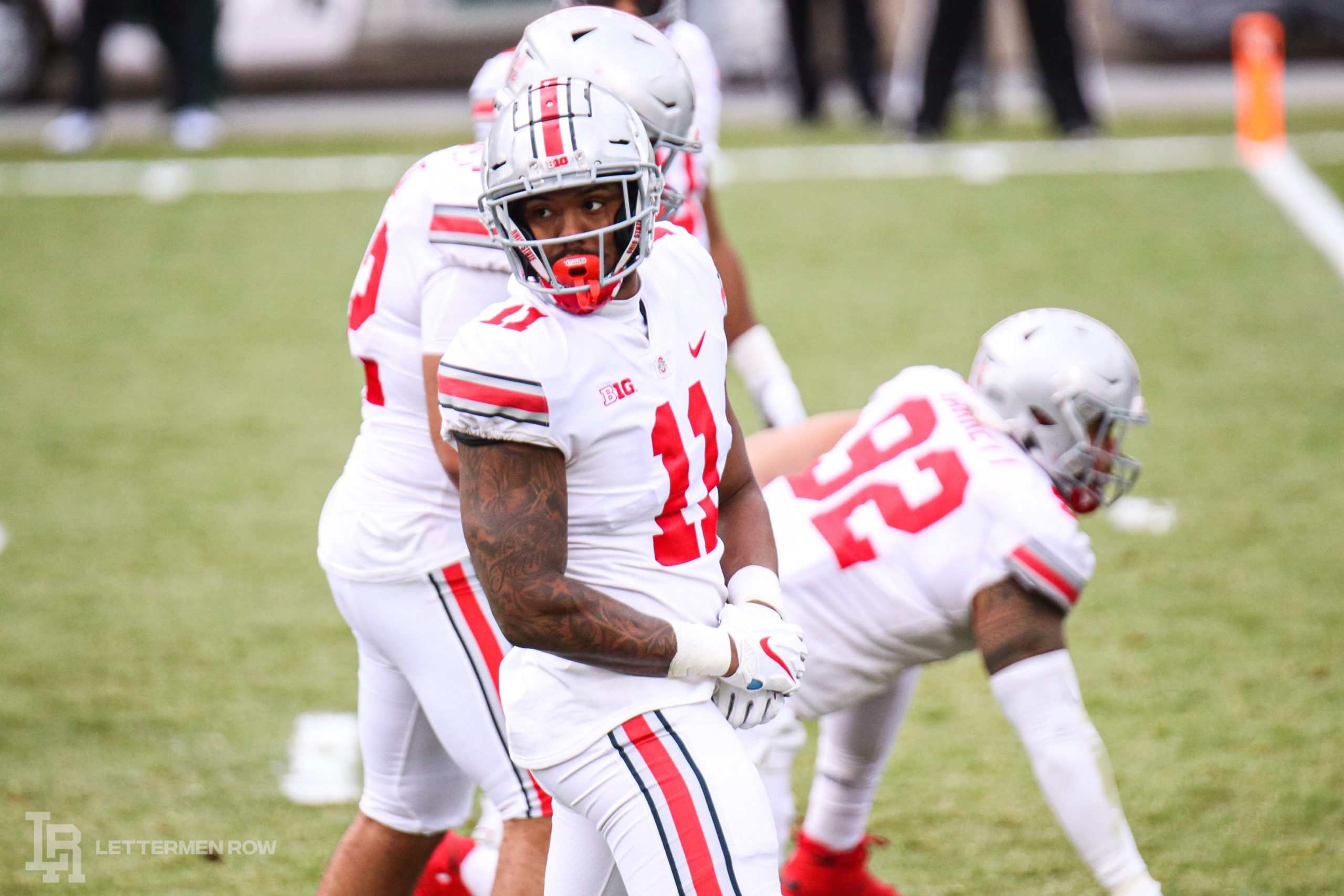 Just in case there was any lingering doubt about how invaluable Tyreke Smith’s disruptive presence up front is for the Buckeyes, it should have been completely erased in the College Football Playoff. First, Smith was relentless in the Sugar Bowl — and his numbers hardly do it justice with just two tackles, one sack, a pass breakup and a forced fumble officially credited to him. But then his absence in the national championship stood out as particularly glaring, which only reinforced just how significant his next-level ability is for the defense as a whole.

That added appreciation for what a full-strength Smith provides was surely little solace for him while being forced to watch the Buckeyes from home. But it should only add to his competitive fire as he takes on a leadership role for the Rushmen in addition to being the guy the unit will be relying on to produce like the superstars who have come before him at Ohio State.

How Buckeyes could look at defensive end now

Larry Johnson is always going to rotate his pass-rushers, and that isn’t going to suddenly change this season. But anchoring that unit with a physical, fast-twitch dynamo is key for Ohio State, and Smith should be ready to emerge as the top threat for a group that has plenty of talent returning. If Smith is able to avoid the snake-bit run of injuries that has followed him and Zach Harrison continues his rise, that tandem could be one of the most dangerous in the country. Tyler Friday continues to be underrated for his impact, and Javontae Jean-Baptiste’s development appears to be continuing right on schedule.

The Buckeyes have a couple intriguing prospects waiting for a turn, including Noah Potter and Cormontae Hamilton. And the arrival of five-star Jack Sawyer will also be worth watching once spring camp starts and the standout recruit gets a chance to show what he can do. But it’s the veterans who will have to lead the way, and that effort starts with Smith and Harrison.

As long as Larry Johnson is around, the Buckeyes will always have a fundamentally-sound defensive line that can collapse pockets, stuff the rush and force a few fumbles. Johnson is the foundation, and he’s still showing no signs of slowing down as he continues to maximize the talent on hand. But it certainly raises the ceiling of what he can do with the Rushmen when he was rare, freakish athletes to work with — and Tyreke Smith undoubtedly fits that bill. Somebody with Smith’s combination of skills and experience is a major boost for the reigning Big Ten champions.

Bottom line:Â Tyreke Smith has the tools to get drafted, so it wouldn’t have come as a surprise if he left. But Ohio State getting him back to turn him into a finished product should be a win for everybody involved.