COLUMBUS â€” Quinn Ewers has a chance to be a star quarterback at Ohio State.

The chance to become that may be here a year earlier than expected. According to Yahoo Sports’ Pete Thamel, Ewers is considering leaving Southlake (Texas) Carroll High School a year early to enroll at Ohio State and begin profiting off his name, image and likeness. Ewers can’t profit off that right now due to Texas law regarding high school students.

If that happens, Ewers, the No. 1 overall prospect in the class of 2022, could be on campus for the start of Buckeyes training camp. He would enter the mix to be the starting quarterback when the season starts in September.

â€œI donâ€™t really know, I donâ€™t have a final decision made quite yet,â€ Ewers told Thamel this week. â€œIâ€™m leaning toward leaving and going up to Ohio, just so I donâ€™t have to deal with [University Interscholastic League] stuff and can get comfortable with Ohio and Columbus and start to learn.”

What would Quinn Ewers enrolling early mean for the Buckeyes quarterback room now and in the future? Lettermen Row is breaking it all down.

One of the top quarterback prospects to ever come out of high school, Quinn Ewers is a difference-maker at quarterback. Is he ready to step in and start at one of the top two programs in the country as a true freshman? The Buckeyes may be closer to finding out than expected. The current front-runner for the starting quarterback job is another five-star prospect from high school, C.J. Stroud, who was the No. 3 quarterback in the 2020 class. Jack Miller and five-star 2021 quarterback Kyle McCord are also in the mix to become the starter. Could Ewers out-perform all three in the four weeks leading up to the season-opener at Minnesota and become the starting quarterback in Year One? He’ll have a shot to do so in a talented, crowded room. But learning the playbook and beating out Stroud for the starting job all in a matter of four weeks is highly unlikely. 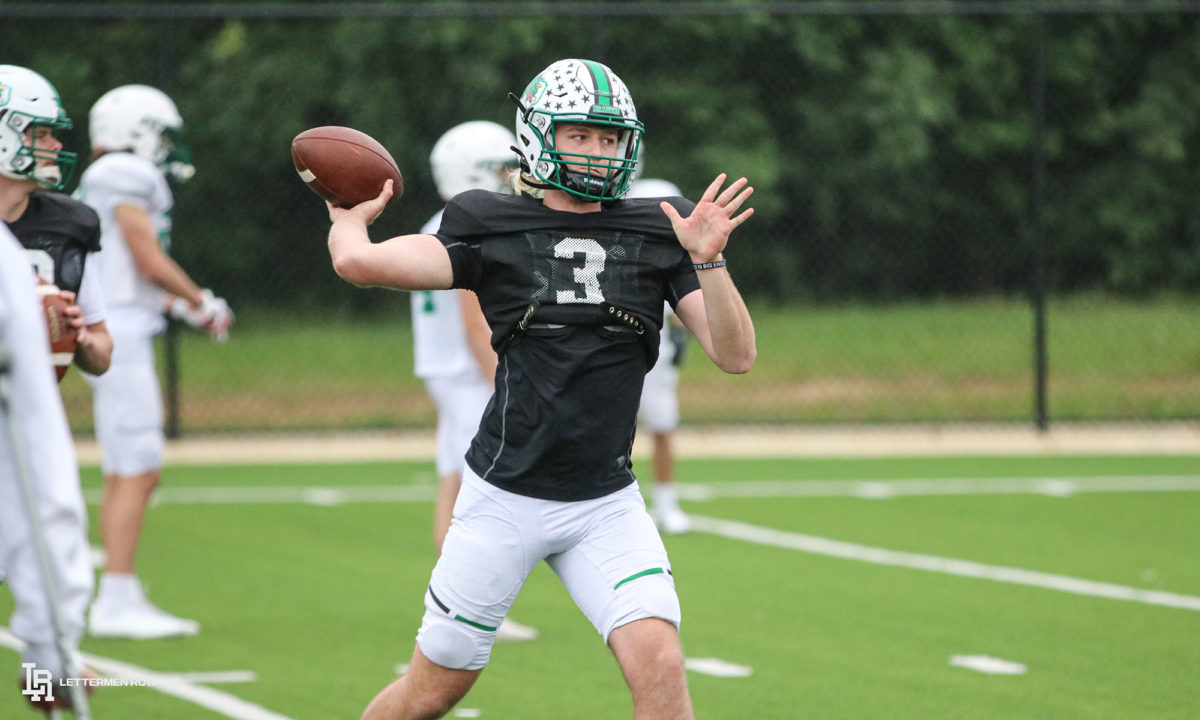 Only one quarterback can play at a time. It’s the premiere spot on the field, and all four quarterbacks will want to play immediately. If Ewers enters the mix and impresses, the Buckeyes will have the tall task of keeping their quarterback room together in a college football era that allows players to transfer without penalty, becoming immediately eligible elsewhere. Ohio State has a delicate situation already on the roster with three talented quarterbacks who all could win the stating spot. If a fourth is added, is it harder to keep all four in the room? What will happen to the quarterback depth with such a fierce competition and only one winner? Ohio State may need to figure all that out sooner rather than later.

It’s not an ideal situation for Ryan Day and the Buckeyes but it’s new era of college football and a problem that more and more schools could face.

Ohio State seemed set at quarterback for years to come. Now the news of Ewers potential arrival a year early throws a kink into that. Stroud is the projected starter now. McCord enrolled in January and has four years of eligibility, as does Jack Miller. Ewers will have four years. Ewers, the quarterback in the 2022 class, could reclassify and join the roster early, leaving Ohio State without a quarterback commitment in the 2022 class and making it even harder for the Buckeyes to recruit a quarterback to compete against Ewers and McCord in the 2023 class.

How Ohio State handles the situation with Ewers — if he chooses to enroll early — could reverberate through the program for multiple recruiting cycles.