BBM Campout is at full capacity 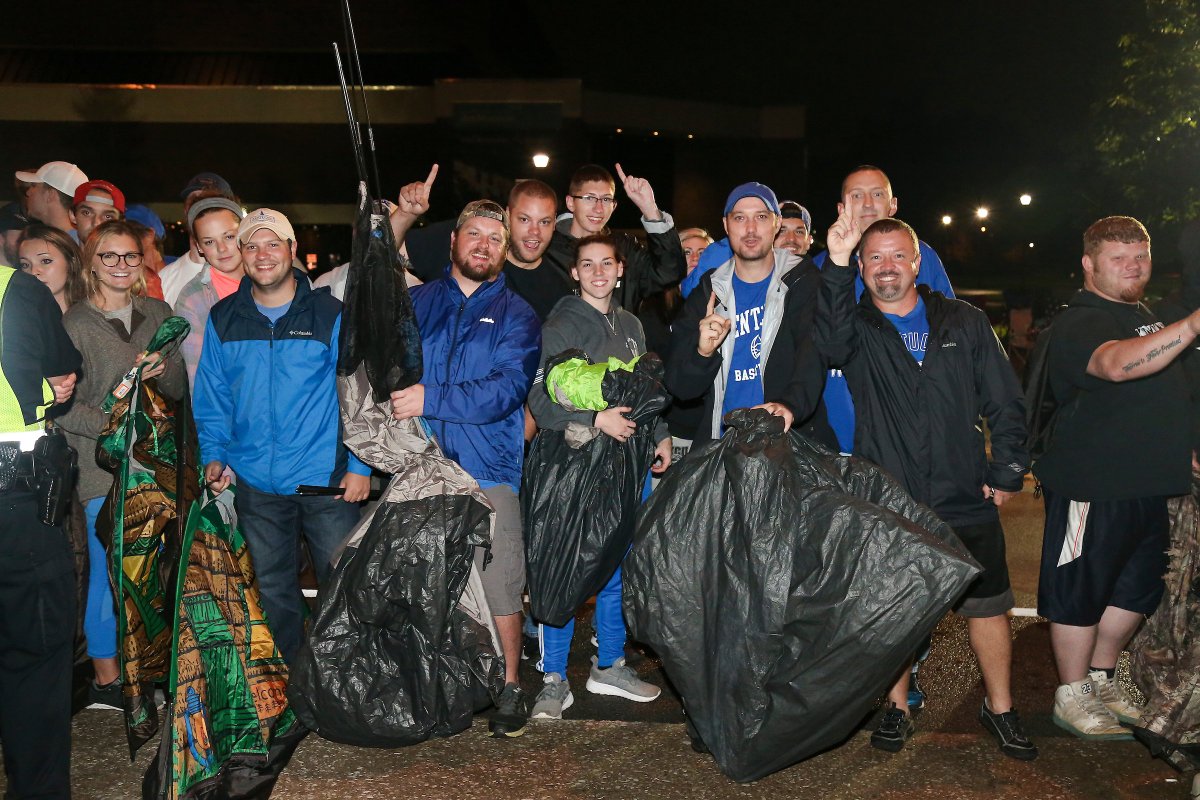 (Photo: Twitter/@KentuckyMBB)[/caption] There is no more room in Tent City. UK announced today the Big Blue Madness campout reached full capacity on its second day. As a result, no new campers will be allowed to set up and no control cards will be issued to anyone not already out there. Sorry. That leaves Ticketmaster.com as the only option to obtain tickets for anyone who hasn't already slept in a tent along Avenue of Champions. Online orders will have a minimal service fee attached, and there will be a limit of four tickets per household. All duplicate orders will automatically be canceled. Big Blue Madness is set for Oct. 12 at 7 p.m in Rupp Arena and on the SEC Network. Go Cats.