Two for one on shower caddies?  I’m there.

I hope everyone had a great Thanksgiving yesterday, and if you spent the entirety of the day bickering with your family (which is pretty much the definition of Thanksgiving,) I at least hope you got to pass out from a food coma.  But don’t forget – today is a holiday too.  Known as ‘Black Friday,’ it’s the day where shopping centers everywhere give customers decent deals on items they marginally wanted in exchange for hours of entertainment – watching them freeze before they open their doors and then fight and literally trample each other to give aforementioned stores their money.  However don’t let my cynicism ruin the holiday for you, a lot of people make a fun family tradition out of it (of which I am thankfully not a part,) and you can get couple year old technologies for, like, a dollar.

But seriously, if you’re going out there – have fun but be safe.  And I’d like a copy of NBA 2k11 please.

Since not much happened yesterday, this will likely be a short collection of News and Views, but we’ll see.

-After the loss to UConn, much of the conversation was dominated by a couple of topics.  There was some frustration with Brandon Knight’s lack of production throughout the tournament (outside of putting up points afainst Washington.)  Lots of people began to question if the team could find a way to score if Terrence Jones gets in foul trouble again.  There was even a vocal minority upset with Calipari over sitting Jones for such a long time in the first half.  But I said this after the game and I will say it again, a lot of the frustration is being blown out of proportion.  Yes Kentucky suffered a whuppin, but that’s going to happen to a young and tired team that’s not made up of 5 first round draft picks.  Knight will get more comfortable in the offense, the only player that had a very good game last night was TJ, so of course we suffered without him, and Calipari won’t make the same substitution decisions come March.

-However, while we won’t see answers to many of those concerns until they have had time to work themselves out, we may be getting the answer to the biggest question sometime soon.  The Kanter appeal is set to take place sometime next week, and while there isn’t much of a time table on when the ultimate decision will come, many people believe it could be as soon as the week after.  But like with the original decision, the only certainty at this point is that no one knows anything for certain.  Cross your fingers and toes people.

-Lost in all the hubbub over Matt Gone Wild: Maui Memories has been the fact that there is a pretty important football game on Saturday.  In case you were unaware, Kentucky plays rival Tennessee in Knoxville as they attempt to break the 25 game long losing streak.  It’s Hartline and Locke’s last chance to do it (and it may be Randall Cobb’s too.)  Tennessee had a pretty lousy year until the last three reasonably convincing wins.  Kentucky has had a disappointing season given what could have been.  But despite the disappointment, Kentucky goes into the game with a better record than the Vols, which is a weird thing to think about.  UT will be playing for a bowl, and Kentucky will be playing to break their hearts.  Much more about the game as we get closer to it, but folks, this could be a big one.

-We saw the first big matchup of the First-Round Five last night when Boogies’ Sacramento Kings took on Eric Bledsoes’ Los Angeles Clippers.  So far in the young season their roles have been a bit opposite what we would have imagined.  Cousins has had a little trouble adjusting to the NBA game (though to be fair – at times he has looked dominant,) while Eric Bledsoe started getting sh*t right from day one.  At the half it has been a pretty even game from both rookies.  Both have 6 points and a handful of other stats, neither having a great game but neither having made many mistakes either.  Meanwhile the third amigo finished with 10 points and 7 assists in a loss as the Wizards continue to struggle to find an identity.

-In unrelated news, I love Kanye West’s new album.  Even if you don’t like rap, you can at least appreciate the line… 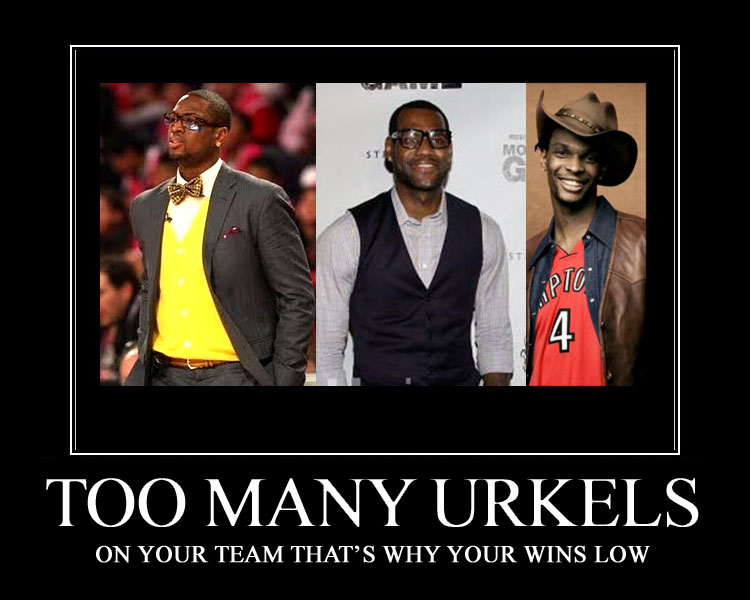 Plenty more the rest of the day as we try to return to some normalcy around the KSR compound.  Enjoy your shopping folks.