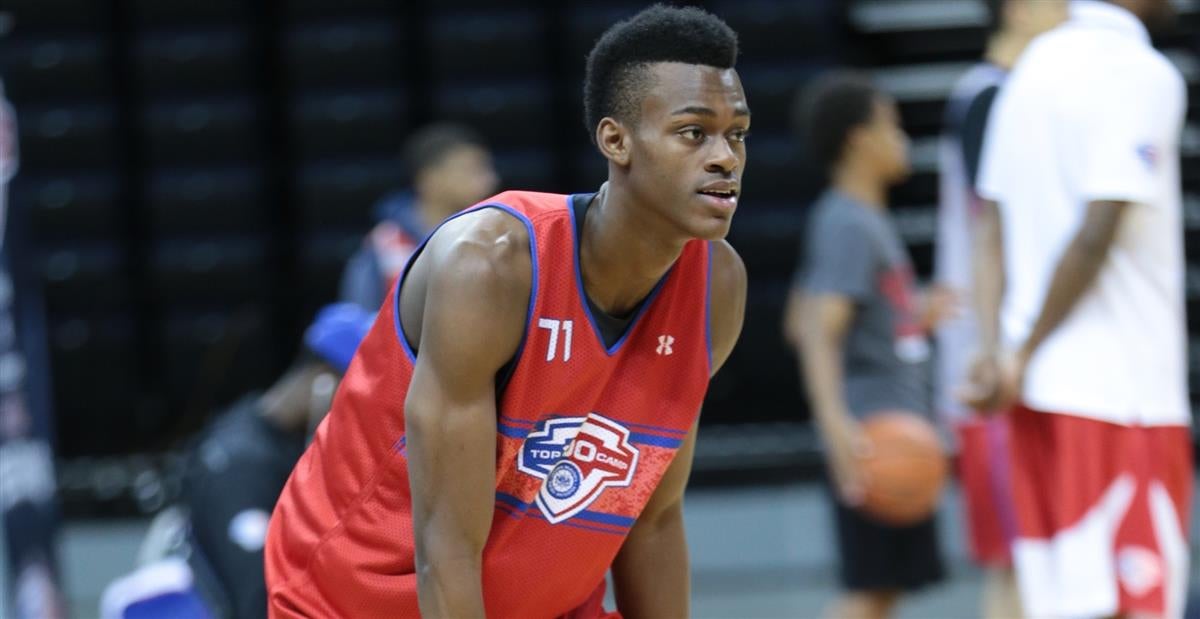 With Michael Porter, Jr. likely headed to Washington, Kentucky will turn its eyes to other wings in the 2017 class, including Jarred Vanderbilt. The 6'8" Texas native is considered one of the top three forwards in the class, and Calipari and Kentucky have led in his Crystal Ball for a while now, but on Monday, CBS Sports' Jon Rothstein wrote that Vanderbilt is a "strong Kentucky lean":

Dixon's third assistant -- Corey Barker -- comes from Louisiana Tech and has a more interesting connection. Barker's first cousin is Jarred Vanderbilt, a Top-15 player in the Class of 2017. Sources have told CBS Sports that Vanderbilt -- a 6-foot-8, 200 pound forward from Houston -- is a strong Kentucky lean, but there's no way that Barker's presence at TCU won't put the Horned Frogs in position to be in position.

Even though Porter is ranked the #1 small forward in the class by most recruiting services, Vanderbilt isn't far behind. According to ESPN's scouting report, the athletic lefty can do it all, handling, passing, and scoring in a variety of ways, and he's a good rebounder to boot. I'll have an in-depth profile of Vanderbilt for you tomorrow night, but until then, let's watch him work: [CBS Sports]