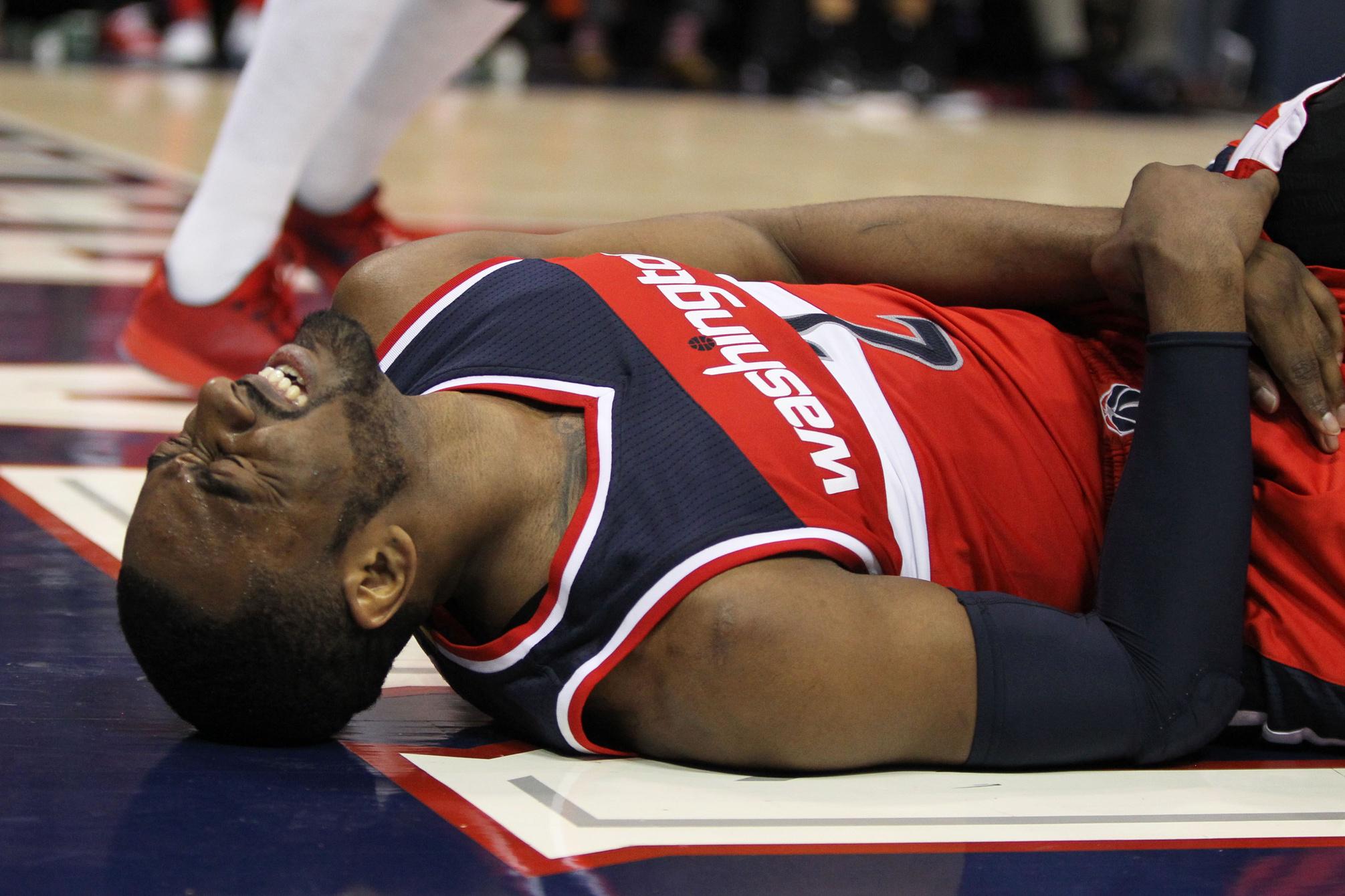 Remember what I told you earlier about John Wall playing in Game 2 tonight? Well forget that. I was just kidding. Wall is inactive tonight for Game 2 of the Eastern Conference Semifinals in Atlanta. It was initially reported that he would play tonight, but it turns out the injury is a little worse than Wall was leading on. He will not dress tonight in hopes of being ready to go for Game 3 in Washington on Saturday. Go Wizards anyway.