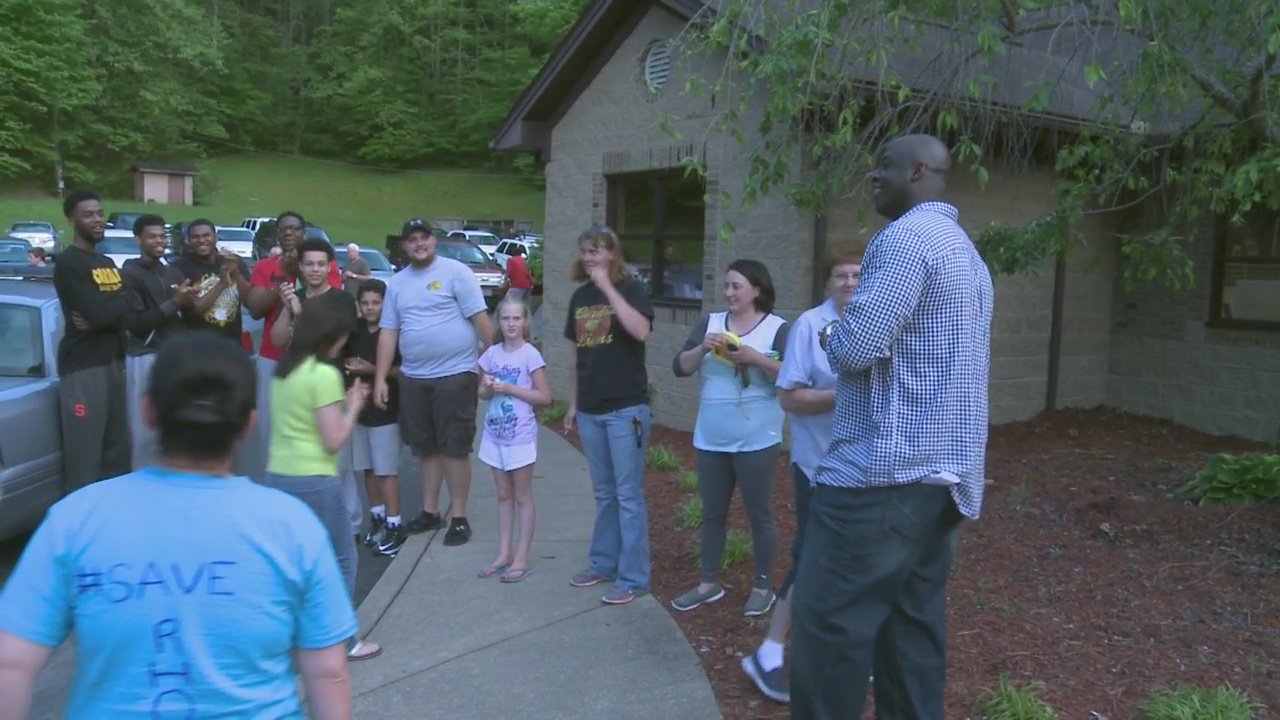 @TannerWYMT[/caption] It's been quite a few years for the Cordia boys basketball program. Five years ago, former Cat Rodrick Rhodes took over as head coach, and in 2014, the program was slapped with several KHSAA sanctions for violations ranging from recruiting to providing illegal benefits to players, including free housing and airfare. Against a stacked deck, the Lions managed to win their first ever All "A" State Championship this past season, but Cordia decided not to renew Rhodes' contract because of "a poor relationship with Cordia principal Jonathan Mullins, insubordination and neglect of duty," according to a letter to Rhodes from Knott County Superintendent Kim King. Last night, dozens of Cordia fans gathered at the Knott County Board of Education meeting to voice their support for Rhodes, who says he's determined to fight for his job. "It meant a lot," Rhodes said. "I've tried to be humble. I've tried to fit in to the community and I've tried to set an example with the kids and just be humble. I've always tried to be humble and I'll continue to do that." Check out the story from WYMT's Tanner Hesterberg and KSR fam Hayley Minogue: [WYMT]