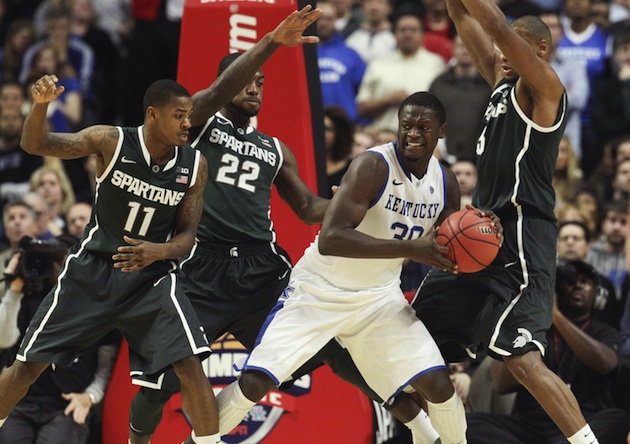 Kentucky looking to make the step up from just “competing” against the nation’s top teams to pulling out victories, and Louisville faces their first big road test in Rupp Arena.

Freshman and new players must get indoctrinated quickly to the importance of this rivalry, especially when both teams have a national recruiting base. “You’ve got to talk to people that live in Lexington. Like, the people, not people that play,” WCS said. “You’ve really got to talk to the fans, because they’re so passionate about it. You feel their passion when you’re talking to them about it with them. The freshmen that haven’t been here don’t know what the rivalry is like.”

It is getting to be nervous time 4 BBN – SAT vs Cards really big 4 [email protected] Rupp Cats will dig in says VBDI & bring joy to BBN-UK 74-Cards 70!