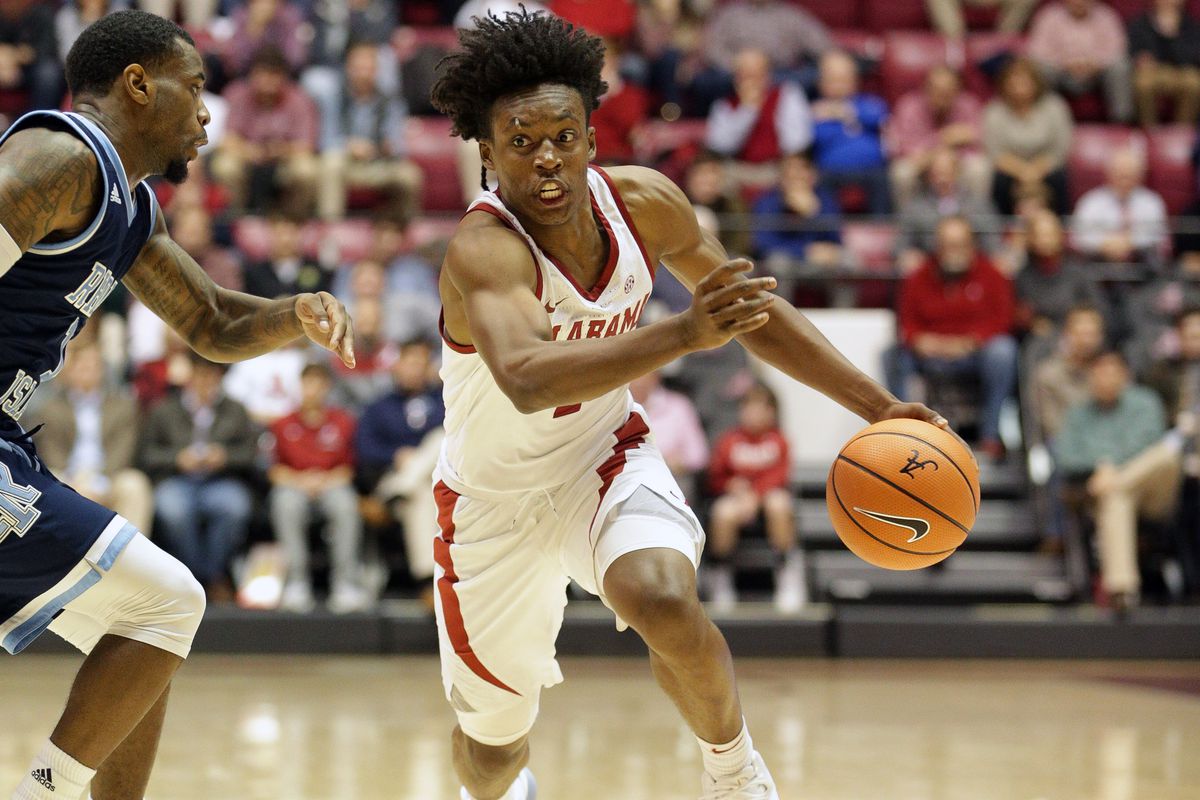 Marvin Gentry | USA Today[/caption] Collin Sexton is the best player Kentucky will face all year.  Period. Considered the second-best point guard prospect in the 2018 NBA Draft, Sexton is a physical force with the ball in his hands.  He scores 18.3 points per game in a variety of ways.  He will make 34.1 percent of his three-pointers, then go dunk on your face (his McDonald's AA Game dunk contest victory is one of the most impressive things I've ever seen in person). Slowing down Sexton will not be easy.  Here are Kentucky's options:

Diallo is undoubtedly Kentucky's best perimeter defender.  He has length that bothers opponents and can match Sexton's physicality.  However, there are a few problems you could run into by starting Diallo on Sexton. Diallo is in the middle of a mind-numbing slump.  Against Auburn he picked up two quick fouls guarding Auburn's Bryce Brown, which forced Diallo to the bench.  When he re-entered the game, he was not the same.  Starting Diallo on Sexton could just dig Diallo into a deeper hole.

The most-likely option isn't a bad one, but it isn't that great either.  Shai just doesn't have the physicality to match Sexton's aggressiveness.  Quade Green has the physicality and attitude to go toe-to-toe with Sexton, but he also struggles to defend stationary chairs.

John Calipari unveiled a new zone defense against Auburn, and the Tigers didn't know what the hell to do.  Today the Cats won't have the benefit of surprise, but it might be their best alternative.  The 1-3-1 takes away the quick three-pointer from the wing that John Petty loves.  The catch: UK's middle man must be quick to help when Alabama inevitably uses a ball screen to free Sexton.

The truth of the matter is Kentucky doesn't have any great option to beat Sexton.  He's going to get his.  What Kentucky must do is force everybody else to beat them.  The Cats can't let Petty get hot from three (he hit seven in a win vs. Auburn).  Kentucky must cool down Donta Hall, the forward who has 18.5 points and 9.5 rebounds in the last two games. Kentucky probably can't contain Sexton, but they can still win if they can shut down Sexton's teammates.   [mobile_ad]