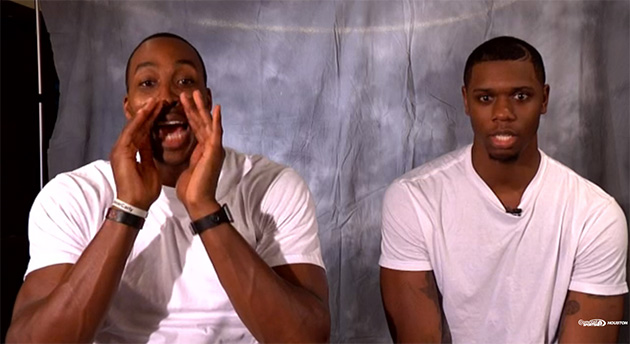 Someone over at ESPN.com seems to believe Terrence Jones is the answer at the four spot for the Houston Rockets. The writer, Rahat Huq, wonders "Has Houston found its missing piece?"

One of the more entertaining spectacles from each Rockets game involves Jones corralling the rebound and leading the break on his own. In these moments, Houston’s guards stroll the other way, confident Jones will finish the play. And with a surprisingly accurate shooting stroke, Jones can spread the floor and give Houston’s stars the space they need to operate inside. He is always moving, either in transition or in the half court, finishing the passes off cuts to the rim that Asik couldn't handle. After attempts to honor Asik’s long-standing trade request, reports surfaced on Thursday that the Rockets had backed away from the negotiation table and planned to hold onto the big man for the time being. Undoubtedly, they weren't too thrilled by the available offers. But it's fair to assume that the urgency over filling the power forward spot has also diminished.

As Huq points out in his piece, the Rockets' offense is much more efficient with Jones in the lineup over Asik, who will make a little over $8 million this season. Jones' shooting, ball-handling, and ability to lead the break make him an attractive option alongside Dwight Howard in Houston. Take a second and give this a read. Teach 'em 'bout Kentucky, Terrence.