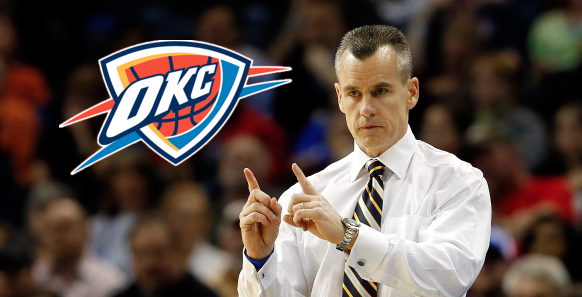 Reports continue to surface throughout the day that Billy Donovan is finalizing a deal to become the head coach of the Oklahoma City Thunder, an offer he'd be stupid to turn down. Unlike most college coaches jumping to the NBA, Donovan will be taking over a legit title contender with two of the league's best players on one roster. Win one in OKC and he goes down as one of the all-time greats, with two 'ships in college and one (at least) in the NBA. If Donovan backs out at this point in the talks, he'll never receive another offer again.