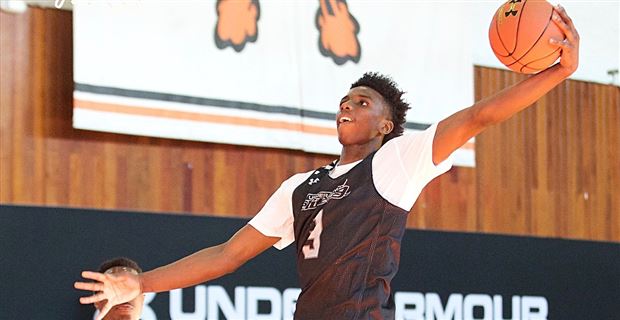 Kelly Kline/Under Armour[/caption] Pardon me for taking a brief break from football misery for a basketball recruiting update. According to Ben Roberts, John Calipari will visit Hamidou Diallo, the nation's top shooting guard, this afternoon. Tony Barbee checked in on the Diallo on Friday, the same day Diallo and his family hosted UConn's Kevin Ollie. Kentucky and UConn are considered the frontrunners for the 6'5" shooting guard, whom Calipari and staff have made a priority the past several months. Let's watch some of Diallo's highlights, because I can only handle so much football sadness today.