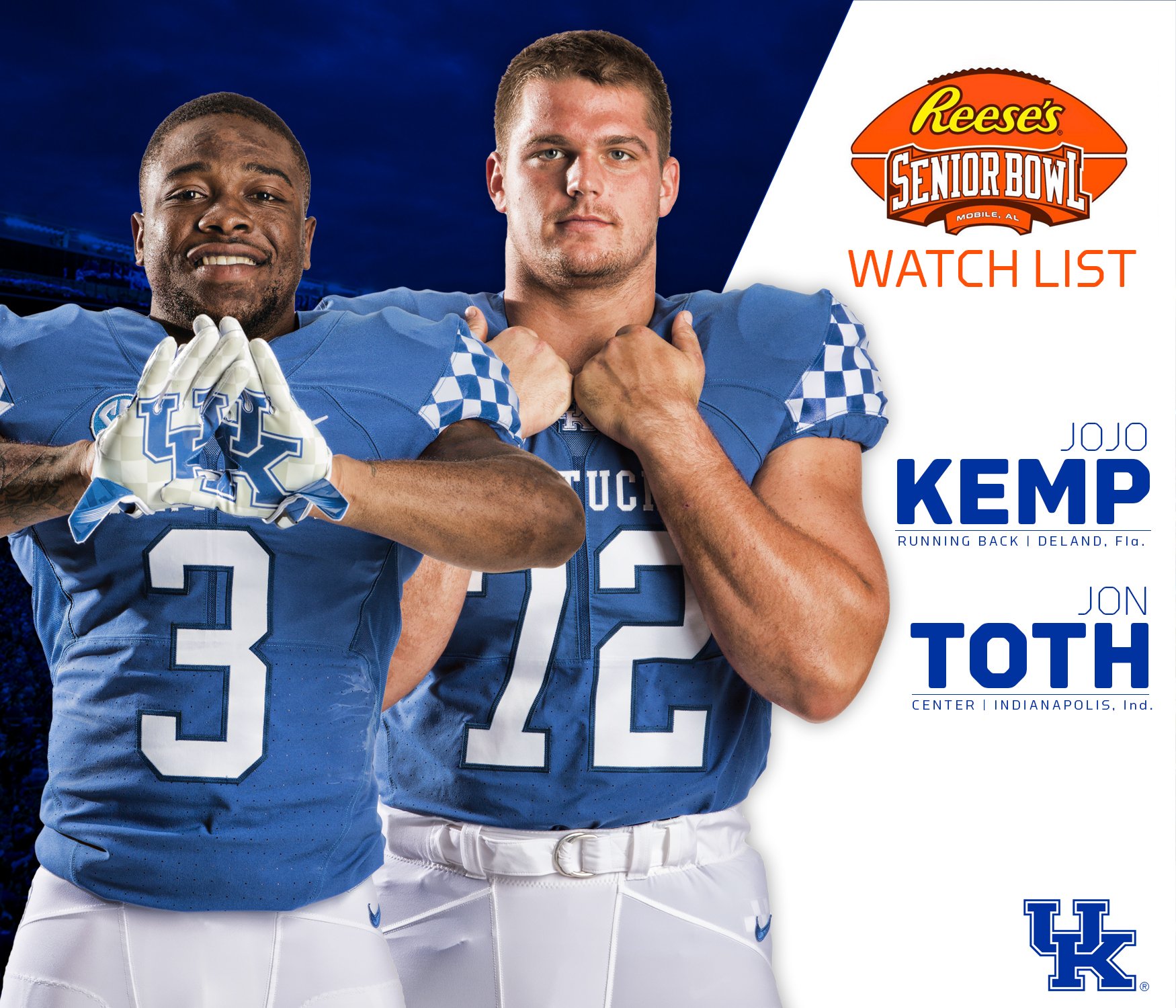 @UKFootball[/caption] This afternoon, UK's own Jon Toth and Jojo Kemp were both named to the Reese's Senior Bowl watch list, a group recognized as the top senior college football athletes in America. Kemp and Toth join a list of talent including UT's Josh Dobbs and Jalen Reeves-Maybin, Southern Miss' Nick Mullens, Ole Miss' Chad Kelley, among many others. The list will eventually be cut to 110 players and split into a North and South squad for the event being held on Saturday, Jan. 28 in Mobile, Alabama, televised on the NFL Network. Though this is the first major senior accolade for Kemp, Toth is also on the Rimington Trophy watch list, given to the nation's best center each season. Let's hope by the end of the season, not only are Toth and Kemp on the final roster, but a few other Wildcats make the cut as well. Go Cats.