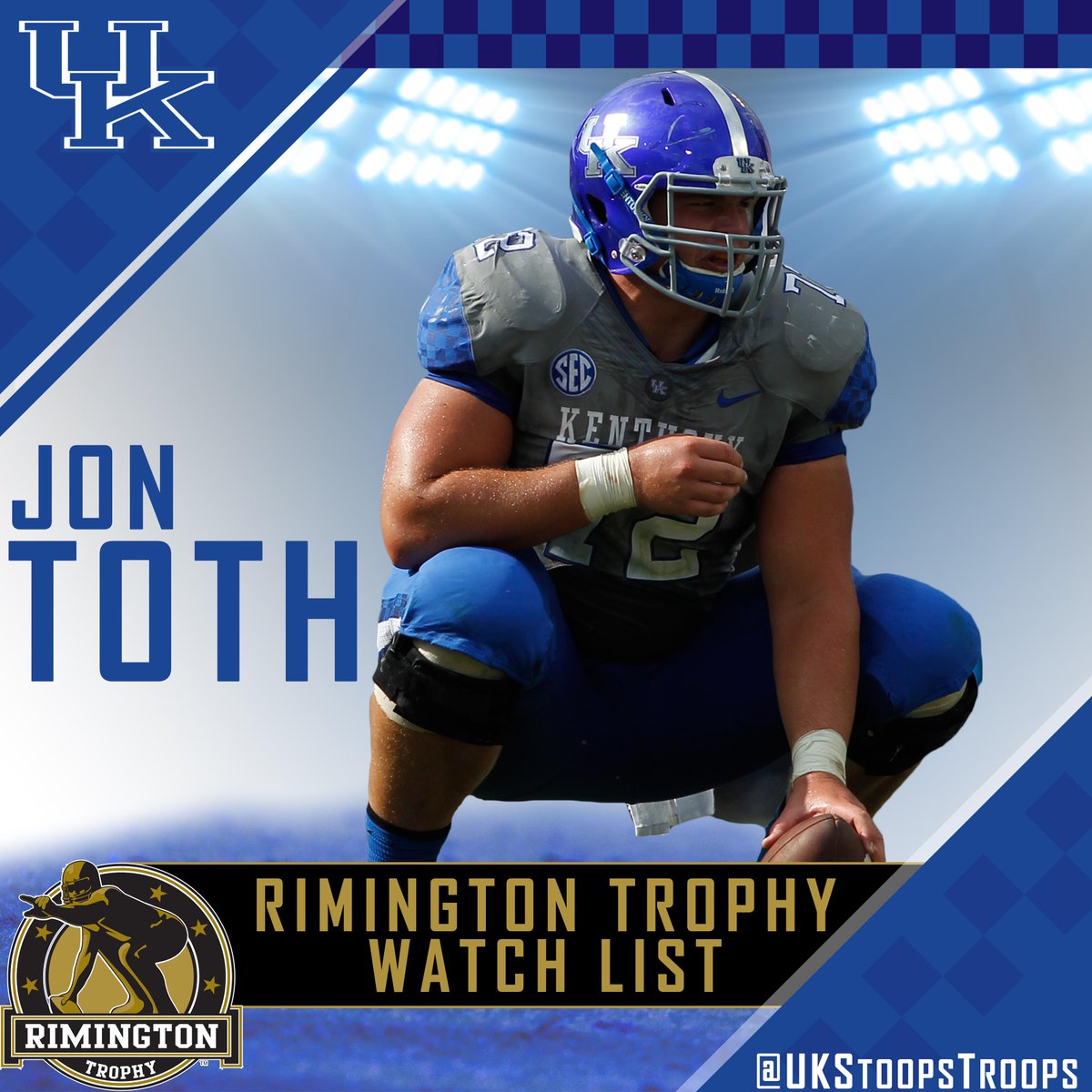 Congrats to junior center Jon Toth, who was named to the spring watch list for the 2015 Rimington Trophy, given annually to the most outstanding center in Division I College Football. Toth has 23 consecutive starts at UK and was named Southeastern Conference Offensive Lineman of the Week in the season-opening win over Miami (Ohio) last season. As a freshman, Toth was named to the SEC All-Freshman Team by league coaches after helping three different UK players rush for 400-plus yards.