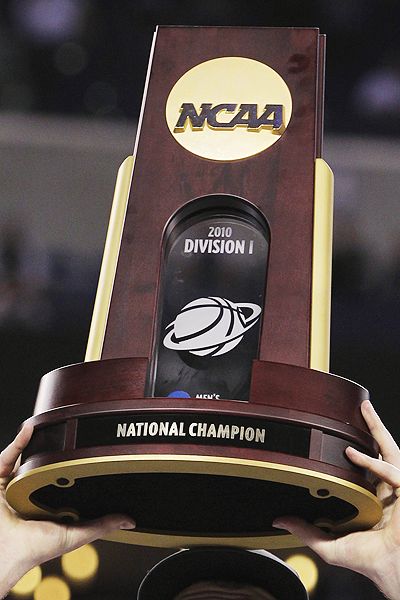 The long ride is almost over. What started six months ago at Midnight Madness comes to a close Monday night in New Orleans as Kentucky attempts to reach its destiny and win its eighth national championship. For the past week, KSR has been in New Orleans getting ready for this moment and on Monday night, we have a chance to witness our first national championship in person and celebrate the greatness of what may be the best team to ever wear the Kentucky uniform. Whereas most of the past week has been spent in perpetual nervousness at the thought of playing our biggest rival on the most important stage, this isn't the same feeling. Big Blue Nation is quietly confident, knowing it has the better team and just hoping that what should happen, actually comes to fruition. Kentucky deserves to win a championship and we are hopefully 24 hours from making it happen. All the talk today around New Orleans was about John Calipari and Kentucky closing the deal and finishing off a run that could place it as one of the ten best teams in college basketball history. I could not find one basketball commentator who would pick Kansas and even the contrarians among us are having a hard time rationalizing the upset. Bill Self all but conceded that if Kentucky were to play its best game, it would be nearly impossible for Kansas to win. How often does one of the five best programs of all-time come into a major game with this type of underdog label on it? The answer is never. And for Bill Self and Kansas, that has to be an advantage, as the big bad Jayhawks get to play the "respect" card for what likely would be the only time this season. But part of me doesn't think it matters. This Kentucky team has seen all challenges and met them. Play Indiana in the Sweet 16 and watch as the team that beat you earlier in the year plays one of their best offensive games of the year and puts up 90 on you? No problem, you score 102 and keep the game easily in hand. Draw Baylor in the Elite Eight, arguably one of the three teams in college basketball most capable of matching your athleticism and with the distraction of your rival waiting in the Final Four? No problem, play the best first half of the season and roll to a twenty point lead at the break. Draw your biggest rival in a game billed as the biggest in your state's history at the Final Four and couple it with the most media attention for one battle that long-time observers say they have seen in the history of college basketball? No problem, match their run to tie the game and pull away in the last eight minutes to make the Championship. Now it is Kansas, a team with the other dominant player in college basketball and the ability to get hot and play as well as any team in America. But as John Calipari continues to say, with this group it isn't about who they play, it is about how Kentucky plays that determines whether they win. The game on Monday night means a great deal to Big Blue Nation. We have waited fourteen years for a championship and this certainly feels like our time. This team is full of super-talented, likable guys that have bought into the team concept and played one of the more selfless brands of basketball that the Bluegrass has ever seen. Like the 1978, 1996 and 1998 teams, this group has a defining quality that seems to make it worthy of a championship and the accolades that will follow it throughout history from the Big Blue Nation. Anthony Davis is one of the best to ever wear the uniform. Michael Kidd-Gilchrist has the heart of a champion and is the type of warrior that UK fans adore. Darius Miller is the Senior leader from the our own Commonwealth that will finish as one of the most beloved to wear the uniform. And John Calipari is the perfect coach at the perfect time for the UK program and the best representative the BBN could have. If there ever was a team of destiny, this is it. But it might not happen. College basketball is random and the team that deserves to win isn't always able to make it happen. But in this case, it feels right. At the beginning of the season, I wrote for Grantland that this team would win the national title, I could just feel it. Nothing that has happened since then has done anything but confirm that notion. Enjoy these next 24 hours and savor the game and its aftermath. Tonight could be a special night in the history of the Kentucky basketball program and I for one cannot wait to experience it. #Onetogo