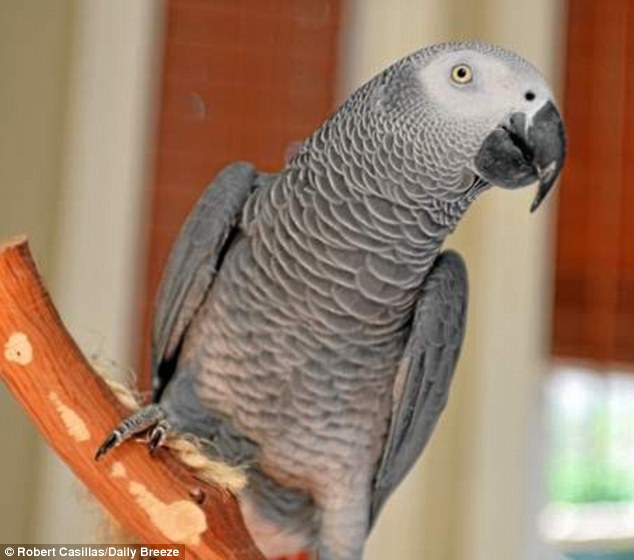 Meet Nigel, an African grey parrot who called California home until he mysterious flew away in 2010.  Before he left, the parrot mimicked his owner's British accent.  It was a long journey home, but after four years he has been reunited with his owner Darren Chick.  Unfortunately he lost his British accent, but he did find the time to pick a new language -- Spanish. Get out your brooms!  The BatCats swept Tennessee over the weekend.  Ka'ai Tom deserves credit, but he can thank me for getting things started off on the right foot Thursday when I consistently let Rocky Top's centerfielder, Brody, know why he was going to lose (spoiler: it's because he played for that awful, terrible school). It is going to be a sad day when Jon Stewart hangs up The Daily Show mic.  Regardless of your beliefs, he's changed the way news is viewed and helped a generation become more aware of what in the hell is going on around the world.  From the Guardian, Jon Stewart: Why I quit The Daily Show. A Cubs fan made a smooth move by catching a foul ball with her cup of beer.  Instead of spilling her beer, she just chugged it like a champ.   People are still butt-hurt over Britt McHenry's tow truck rant, especially at ESPN, with some hoping she'll get the proverbial ax.  Why this is still a story, I'll never know.  I just hope there aren't cameras at UK Parking.  Those people are the absolute worst.  I can't condemn her actions because I've probably shared similar words with the worst people on Earth.  The only difference is that her salary can afford to pay the ticket/tow, whereas UK Parking siphons whatever money you haven't spent on tuition, books and beer to fund their evil empire. Steph Curry proved that Anthony Davis is in fact a human being.