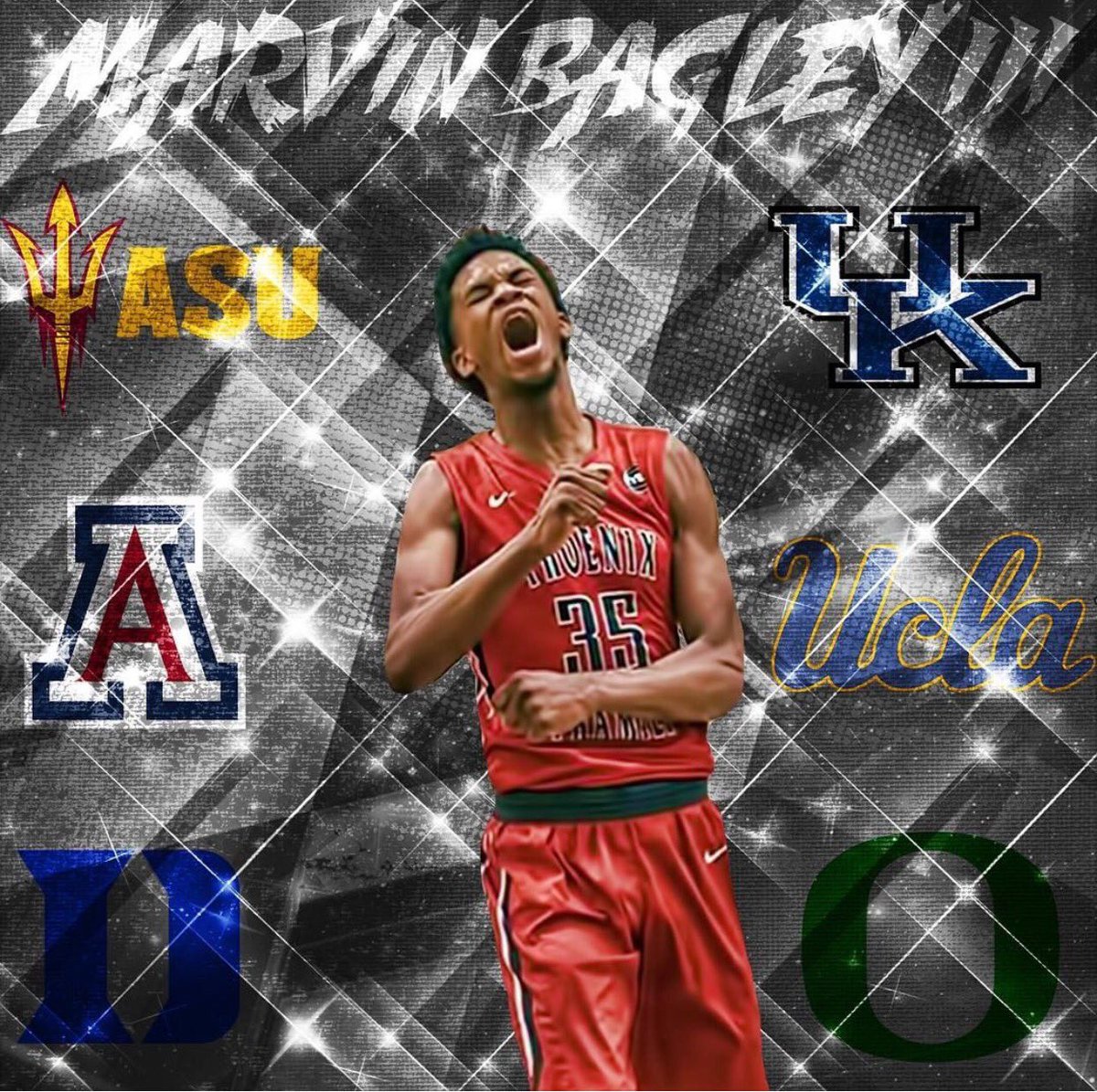 Marvin Bagley III named his final six schools tonight and Kentucky is still in the hunt for the five-star power forward, ranked No. 1 overall in the 2018 recruiting class. Bagley named Arizona, Arizona State, Duke, Oregon and UCLA as his other five finalists, leaving Mike Krysesiqwrski as John Calipari's only competition on this side of the States. Those two will be fighting against one another (again), and fighting to pull Bagley away from the west coast, where he lives in Phoenix. Arizona State is a team to really watch in the recruitment. Bagley received a scholarship offer from the Sun Devils in the seventh grade, and lives within walking distance of the ASU campus. That doesn't seem fair -- but having John Calipari isn't exactly fair, either. https://twitter.com/MB3FIVE/status/738520680229019648