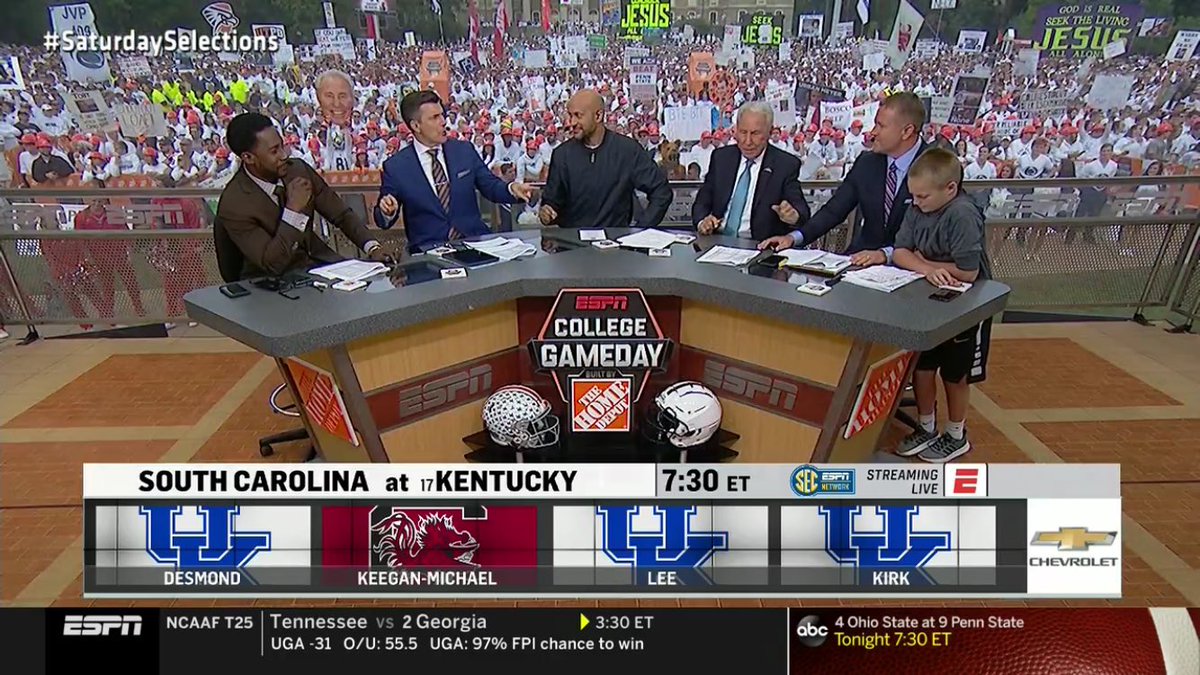 The College Gameday crew has changed their tune. In Kentucky's first two marquee match-ups against Florida and Mississippi State, the pickers unanimously and incorrectly predicted a Kentucky loss.  This week the Wildcats don't have quite as much motivation from the Gameday crew.  The celebrity picker, Penn State alum Keegan-Michael Key, and David Pollack were the only people who picked a Kentucky loss. Instead of hating on the Cats, Desmond Howard was singing, "B-B-B-B-Benny and the Cats."  It was much of the same on the SEC Network.  Everybody on SEC Nation is behind the Big Blue. 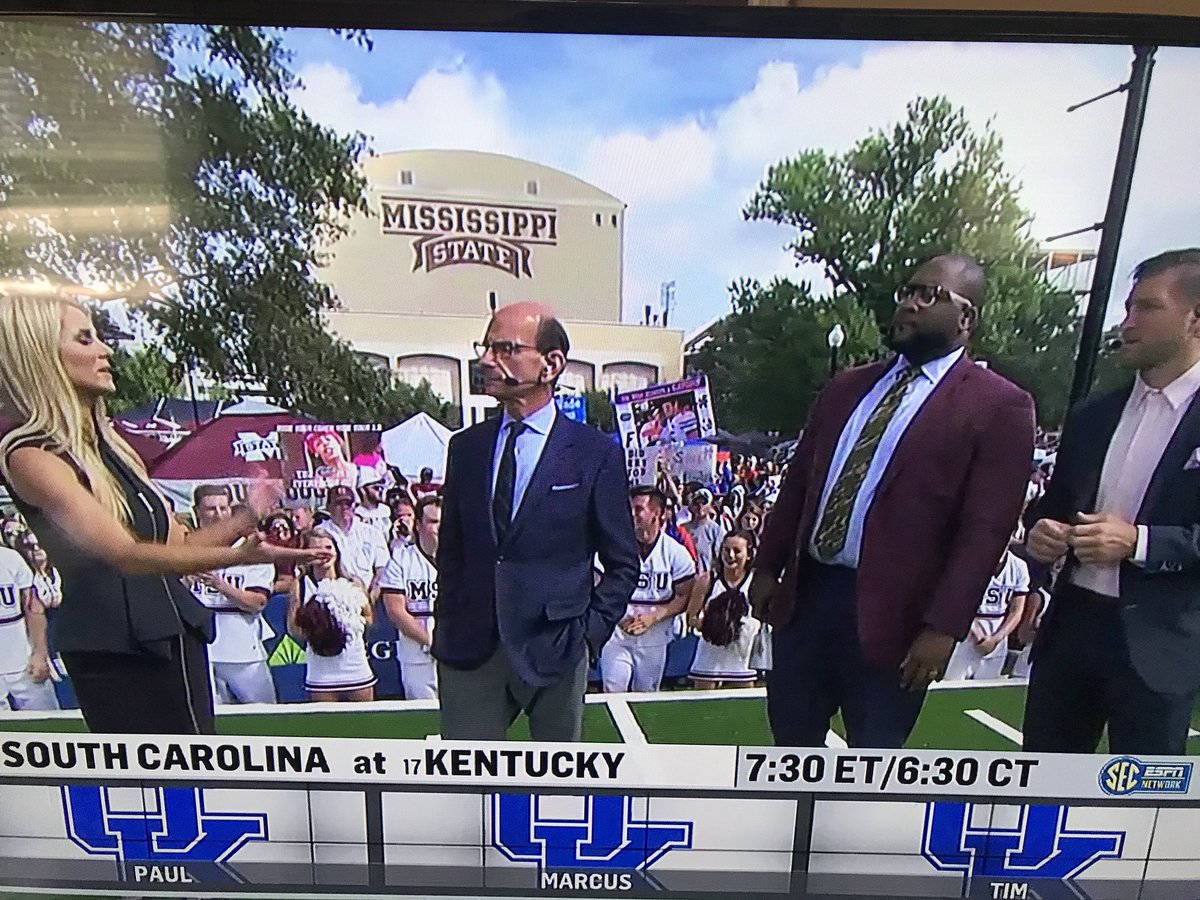 The question now is, how will Kentucky handle being the Big Dog?  The Cats have used slights from the national media to give them an edge.  We'll find out tonight if they've still got it when the Cats kickoff against the Cocks under the Kroger Field lights at 7:30. [mobile_ad]