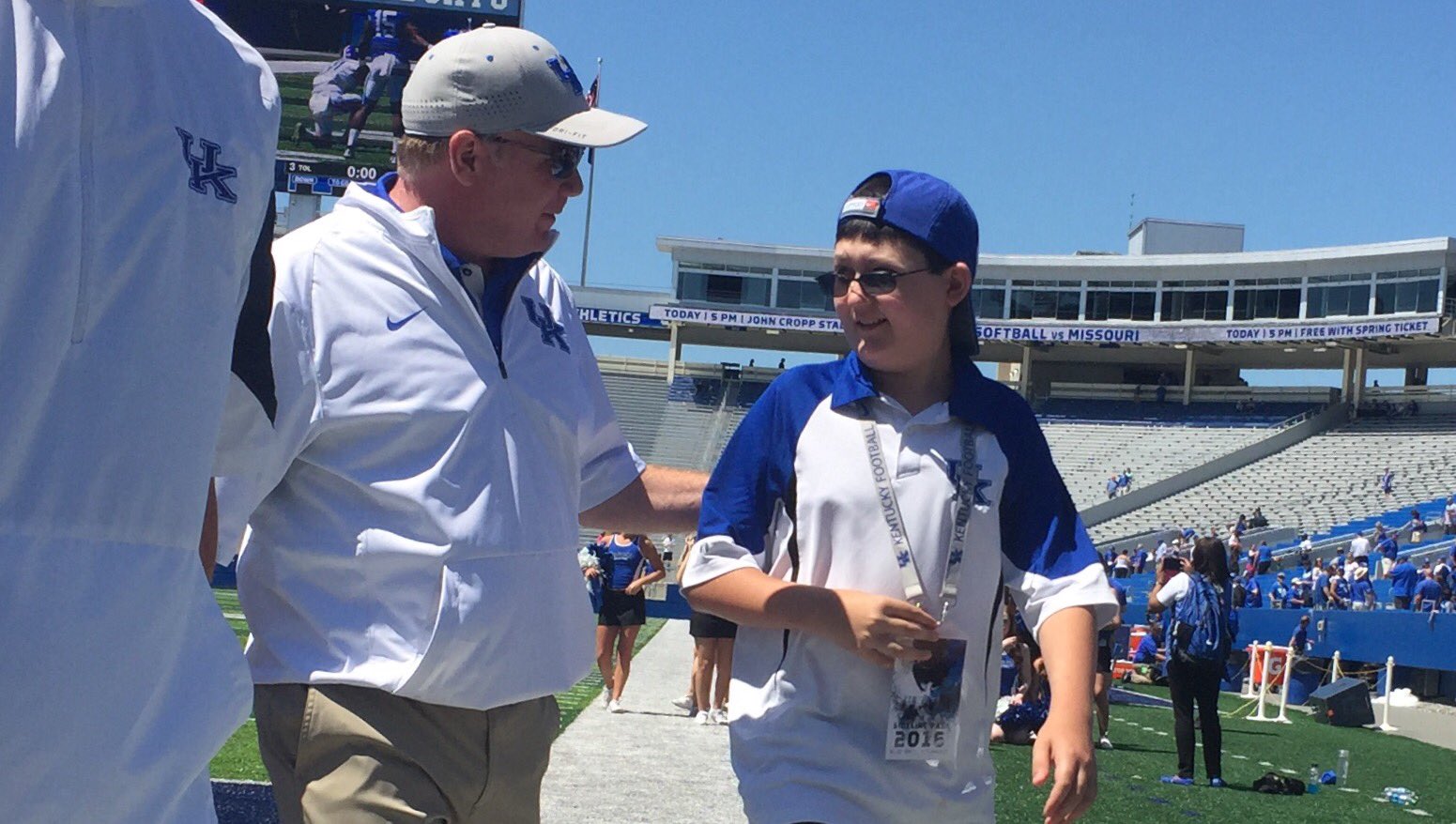 While three of the top 100 football prospects in the country were among the visitors for UK’s Blue-White Spring Game at Commonwealth Stadium on Saturday afternoon, the football team also hosted a couple of other VIPs this weekend. Reece King, a 13-year-old UK fan from Louisville who was diagnosed with leukemia in 2012, got to hang out with Stoops and Co. on the sidelines Saturday. King has been on a mission to raise $1 million to help other Kentucky children battling cancer with help from the Make-A-Wish organization. In December,  Mark Stoops and Kentucky football donated $125,000 towards the Reece's Wish campaign to help construct the Hall of Hope at Kentucky Children's Hospital. Kelly Melton, the 10-year-old Pulaski County resident who has been battling leukemia since age six, and is the inspiration behind the "Kickin' it for Kelly" campaign was also present for Saturday's scrimmage. Earlier this month, the 10-year-old received the great news his cancer was in remission and celebrated Saturday by leading the Wildcat's onto the field. https://www.instagram.com/p/BERQN6MSi6o/?taken-by=kickinit4kelly As well as getting some good pics with some of his favorite players, like Stanley "Boom" Williams. https://www.instagram.com/p/BERQkOdyi7g/?taken-by=kickinit4kelly Kelly, who met Nerlens Noel while in the hospital in 2013, has bonded with other Wildcats including UK football kicker Max Strong who celebrated with Kelly at a movie theater after the news the Science Hill student's cancer was in remission.

Big jumps because Kelly is in REMISSION! Bigger thanks to everyone who supported him along the way! The battle isn't over yet, but this is a big step in the right direction! #KickinIt4Kelly