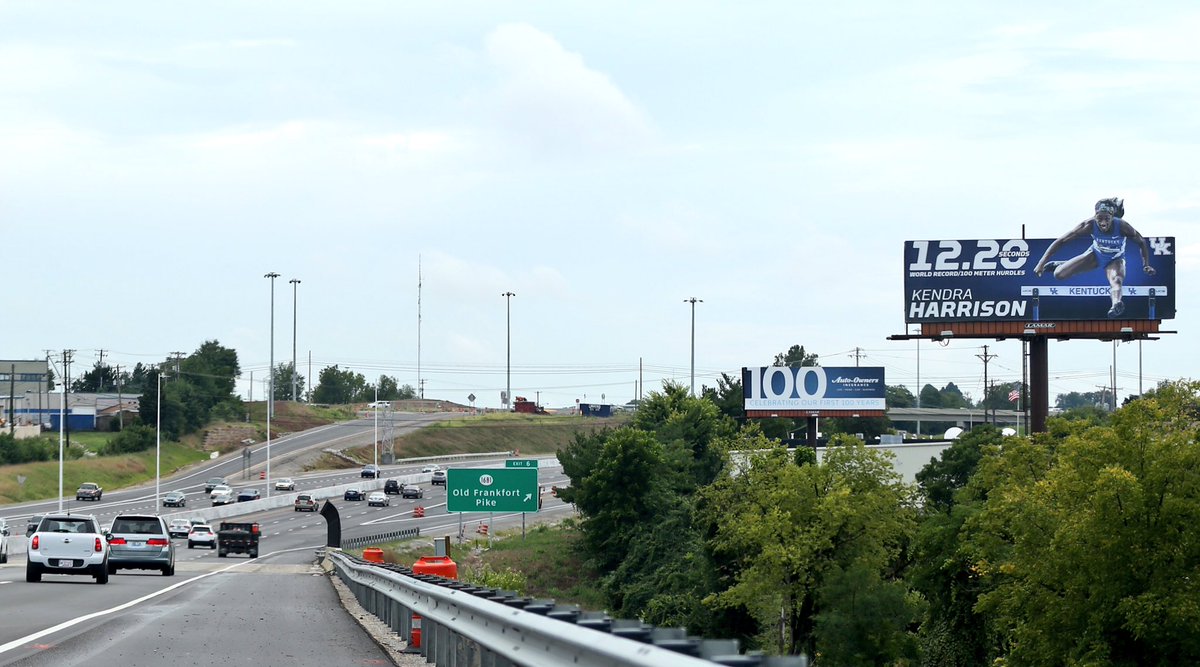 Kentucky's Kendra Harrison has her own billboard along New Circle Road after setting a world record in the women's 100-meter hurdles. The 28-year-old record was broken at the MÃ¼ller Anniversary Games in London on July 22, two weeks after Harrison's dreams of reaching Rio fell short at the qualifier, where she had the No. 1 time entering the competition. Harrison bounced back quickly to set the new record, and though the billboard isn't an Olympic medal, it's a testament to her accomplishment and perseverance. "I'm so blessed and grateful," she tweeted. https://twitter.com/KeniUSATF/status/765659880271278080 Real all about Harrison's record run and the frustration leading up to it here.