Mississippi State Cornerback will not play vs. Kentucky 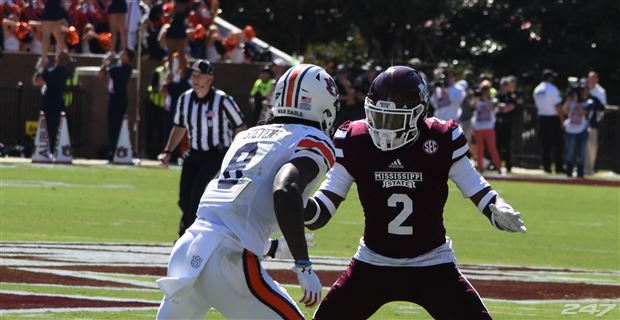 Henry Scott | 247[/caption] An experienced Mississippi State defender will not play vs. Kentucky.  Head coach Joe Moorhead announced Jamal Peters will miss Saturday night's game after suffering a knee injury against  Louisiana-Lafayette. The senior cornerback has played 39 games and started in ten.  He has three career interceptions.  This season Peters has recorded eight tackles and a pass deflection. Moorhead also revealed that Kylin Hill is "day-to-day."  The running back that rushed for 211 yards against Kansas State and laughed at Benny Snell only carried the ball nine times in Saturday's blowout victory after suffering a lower body injury.  I'd be shocked if Hill did not play against UK. [mobile_ad]