That game this weekend

John Dubya
Just as a cautionary: we all know LSU fans don't mess around when it comes to tailgating, and no one knows exactly which proteins are being added to their gameday gumbo pots. So this video of a roasting freaking alligator should come as no shock, but should serve as a warning to those of you with pet wildcats. This season has certainly seen its share of lunacy, but the one constant slice of sanity has been undefeated LSU (though I'm not sure one can legally use "sanity" and "LSU" in the same breath). Simply put, the Tigers are scaring the bejesus out of everyone and appear to be on a crash course for the National Title. We're awed by their defense, which is capable of delivering concussions to those simply watching on TV. The offense can score in more ways than Peter North with the emergence of Freshman QB Ryan Perilloux, this season's Tebow. Simply put, LSU has yet to unveil a weakness thus far, which can be looked at from a couple of angles, depending on the potency of your vices and/or abundancy of brain cells: a) they've only been pressed once this season, and now that Florida is out of the way maybe they'll lose focus. There's some merit to this. After all, how can you write anything in permanent ink the way this season has transpired thus far? b) they don't have a weakness because they're really, really good, and could still run the table even if John Brady traded places with Les Miles. Now that's an interesting scenario. I think we'd see a new linebacker enter the roation. But I'm holding out hope for, c) even with a focused, weakness-free LSU, perhaps an opponent can somehow match their level of perfection for 4 quarters, catch some luck, and do the damn thing. I'm not just saying this out of fool-hearted fannery, but Kentucky really is getting LSU at an opportune time...well, as opportune as likely possible. LSU just played the epitome of emotional SEC epics last weekend, and are now resting comfortably in number one solitude (and hopefully, on their laurels). UK on the other hand, is nearly a week removed from national television embarrasment, playing their worst ball since...a 49-0 prison style lovefest in Baton Rouge a year ago (a game that, upon further investigation, never actually happened). Back to earth, vindictive, and nothing to lose, I'd be shocked if this senior savvy bunch of Cats came out timid on Saturday. 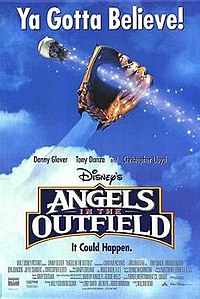 If I see the ghost of Christopher Lloyd in Commonwealth, I'm sh*tting myself; not because I'm scared, but because of an intestinal condition which flares up at the sight of terrific actors' spirits It'll take more than emotion. It'll take more than a couple breaks. It'll certainly take more than what we've seen from Kentucky so far. Naturally, it'll take brown liquor, by the barrels, and a glimmer of hope, or...something like this. It's why they play the game folks. And a 10 point spread hardly screams "no contest", although I have a feeling fans will be mum when asked who they donated their hard-earned allegiences to. Don't be ashamed, for as Mark Twain spoke, "let your secret sympathies and your compassion be always with the under dog in the fight -- this is magnanimity; but bet on the other one -- this is business." There it is, UK +10. Underdog?