The New York Times profiled John Robic and you should read it
Aritcle written by: Beth Hall-USA Today[/caption] Marc Tracy of The New York Times wrote an excellent profile of UK assistant John Robic and it was released to the world yesterday. Tracy, who also wrote the Dominique Hawkins piece for The Times, explains the successful dynamic between Coach Robic and his longtime boss, John Calipari. The two have been together for 17 seasons; they're exact opposites; and it's a perfect match. Tracy writes, "Calipari is extroverted and boisterous; Robic is introverted and dry. Calipari’s expressions are dynamic; Robic has a steady gaze. Calipari has carefully slicked-back black hair; Robic has a mop of blond and gray." "The division of labor is partly strategic. If Calipari had tried to do it all, he might not have led Kentucky to three of the past four Final Fours or to a 36-0 record this season entering the N.C.A.A. tournament’s round of 16." It's something we've witnessed since the two landed in Lexington in 2009. We're big fans of Robic, as you know, and he doesn't get nearly enough credit for the work he does behind the scenes, while Cal works the spotlight. Give Tracy's work a read -- if for nothing else, do it because this photo of Robes is incredible. 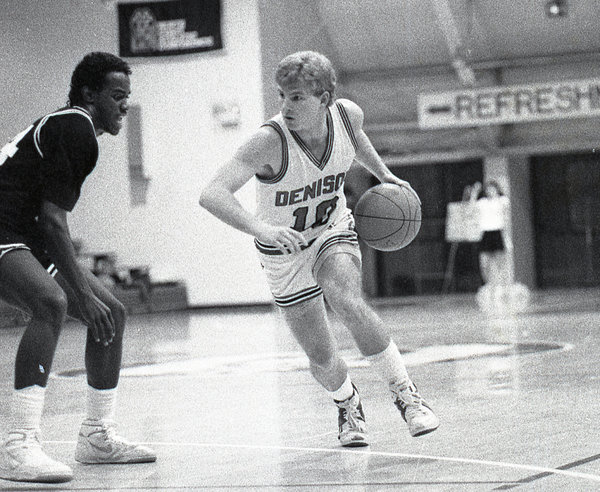 That's a D-III All-American handling the rock right there.