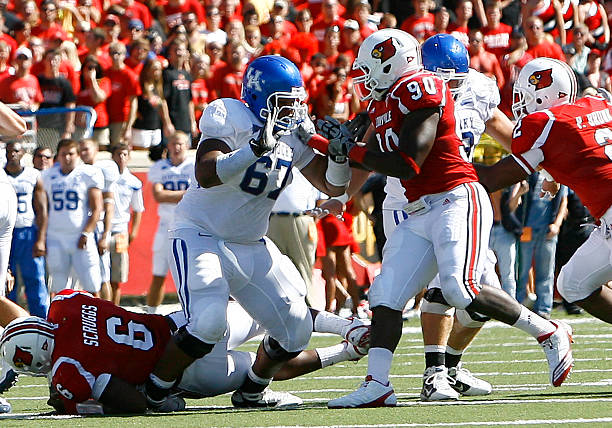 Getty Images[/caption] And then there was one. Four teams remain in the NFL playoffs, but only one Kentucky Wildcat. Larry Warford. The New Orleans Saints' offensive guard is the University of Kentucky's only representative in the NFL playoffs. [caption id="" align="alignnone" width="920"] Derick E. Hingle-USA TODAY Sports[/caption] Warford played at Kentucky from 2009-2012 under both Rich Brooks and Joker Phillips. As a freshman, Warford was named an SEC All-Freshman Team by SEC coaches. As a sophomore, he was named to the All-America second team by CollegeFootballNews.com and to the All-SEC second team by SEC coaches, AP, Rivals.com and Phil Steele's College Football. And as a junior, Warford was named to the All-SEC second team by SEC coaches, AP and Phil Steele's College Football. The Detroit Lions selected Warford in the third round of the 2013 NFL Draft with the 65th overall pick. He spent four seasons with the Lions before signing with the New Orleans Saints in 2017. The Saints face the Los Angeles Rams today at 3:05 pm on FOX for a trip to Super Bowl 53. The last Cat to win a Super Bowl was Danny Trevathan with the Denver Broncos in 2016. https://twitter.com/Grindin_59/status/743147813165477892?ref_src=twsrc%5Etfw%7Ctwcamp%5Etweetembed%7Ctwterm%5E743147813165477892&ref_url=https%3A%2F%2Fbearswire.usatoday.com%2F2016%2F06%2F16%2Fbears-lb-danny-trevathan-shows-off-his-super-bowl-ring-on-twitter%2F So, Big Blue Nation if you need an NFL team to cheer for, pick the Saints for Larry Warford.