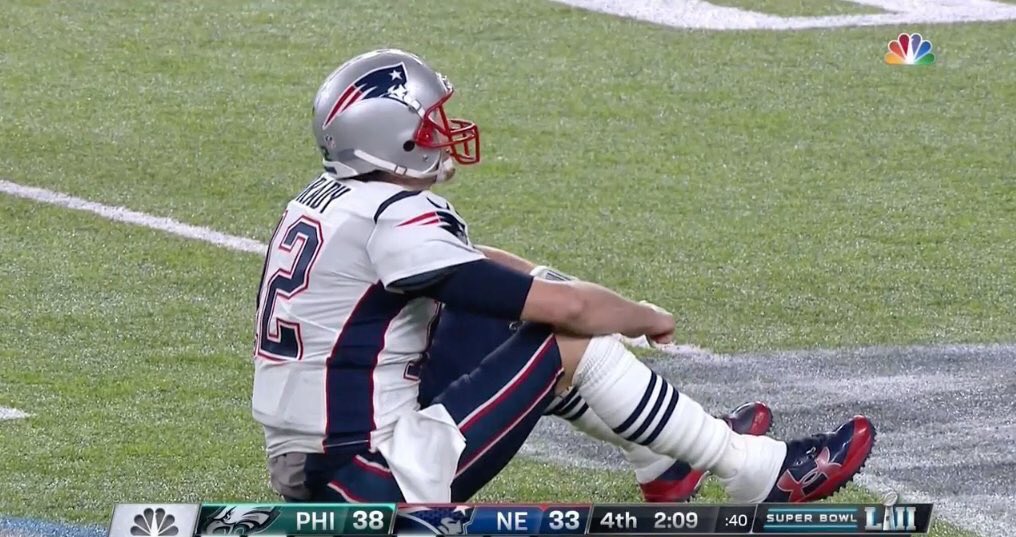 @ParkerMolloy[/caption] After being treated to the NFL's greatest offensive playoff performance, it's time to face a harsh reality: football season is over.  It's a sad situation that was only amplified at halftime when Benny Snell took center stage in UK's annual Super Bowl commercial.

It takes all of us. All the time. #GetUp pic.twitter.com/zFEPpPKP6w

208 days until Benny and the Cats Get Up for the 2018 season.  To help pass the time, here's a how Philly fans celebrated their surprising victory over Tom Brady and the New England Patriots.

Eagles fans have seen their team win a Super Bowl so they can die in peace. pic.twitter.com/RtogCHZmVL

LIVE FROM PHILLY: THEY BROKE THE RITZ CARLTON HOTEL!!!!! ????? pic.twitter.com/RAxIuXTFwp

Louisville TV sports guy and Process Truster Dan Koob was in his hometown to celebrate on Broad Street.  Unfortunately, he was too scared to climb a greased poll.

The oil cannot contain us. @Eagles are #SuperBowlLII Champions! The scene on Broad Street. pic.twitter.com/rnamQUikvW

https://twitter.com/DanKoob_WLKY/status/960369894155055105 Kevin Hart tried to celebrate on stage when the Eagles were handed the Lombardi Trophy.

He then proceeded to drop an F-Bomb on live TV.

Who else caught a drunk Kevin Hart on NFL Network? pic.twitter.com/JXGv9cKbEn

Living life without football will not be easy, but it will be a little bit easier after one hell of a send-off.

Football isn't completely over.  Mark Stoops' Kentucky football team will add a handful of elite prospects to their 2018 recruiting class this Wednesday.  The new early signing period has taken away much of the intrigue, but there's still a few additions that could provide an immediate impact.  Freddie Maggard will have everything you need to know to be prepared for UK's big day.

Coach Cal will Talk about his Team

After a bad Saturday of basketball, John Calipari must prepare his team for a tough test at home against Tennessee.  To win tomorrow night, Kentucky can't be the same team that took the court Saturday.  Today Cal will talk about his inconsistent team on a variety of platforms.  There's an SEC teleconference, a press conference and a call-in show.

The best way to cope with life after football is with a little college basketball. [mobile_ad]