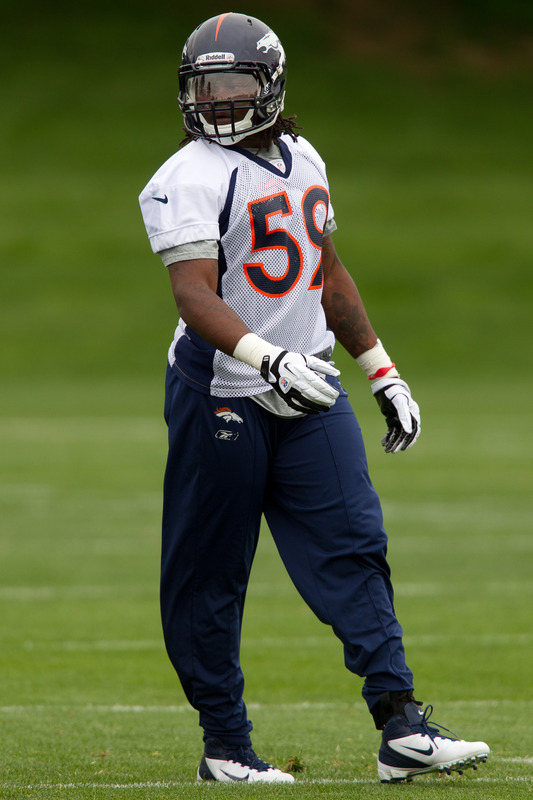 Danny Trevathan, one of the young late round picks for the Broncos, spoke with the media this weekend following one of his first rookie minicamp workouts. Trevathan was very well spoken and talked a lot about his relationship with current Bronco and former Kentucky Wildcat Wesley Woodyard.

"I talk to Wes (Woodyard). I've always been close with him. I'm cool with him. He was born to be a leader. He's been giving me advice since I've been in college. I'm trying to grow up under his wing."

Danny Trevathan could have landed on a number of teams, but joining forces with a fellow Kentucky alum, especially one with such great leadership qualities will surely help Trevathan in his transition from college to the pros. In the interview Trevathan also discussed the fact that he would be fine with earning his keep on the Broncos by starting with special teams. Trevathan also put into words the work ethic that he has that we've seen on display for the past few years at Kentucky. He seems ready and excited to do whatever it takes to contribute and compete.

"That's your ticket (special teams). There's a lot of people in front of you. You gotta learn to play special teams, be accountable, be available. Wherever they need you. He had me playing a lot of positions today on special teams."

To watch the entire video footage of Trevathan's post-practice interview with the DenverBroncos.com, as well as his coaches comments on the rookies, click here.