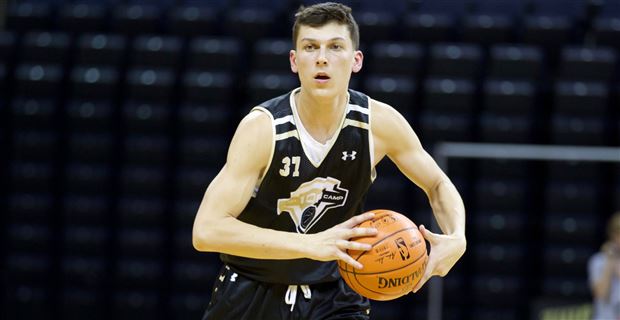 Kelly Kline | Under Armour[/caption] Tyler Herro keeps tearing up the hardwood. Two days after Herro dropped 42 points, the sensational shooting guard scored 49 points in a 60-58 win.  It was Herro's seventh 40-point performance of the season.  This year the UK signee has scored at least 30 points in all but four games.  Ridiculous. Unfortunately, we have not yet been blessed with highlights from last night, except for this gem from the top of the key.

However we do have highlights of his 42-point game from Tuesday.