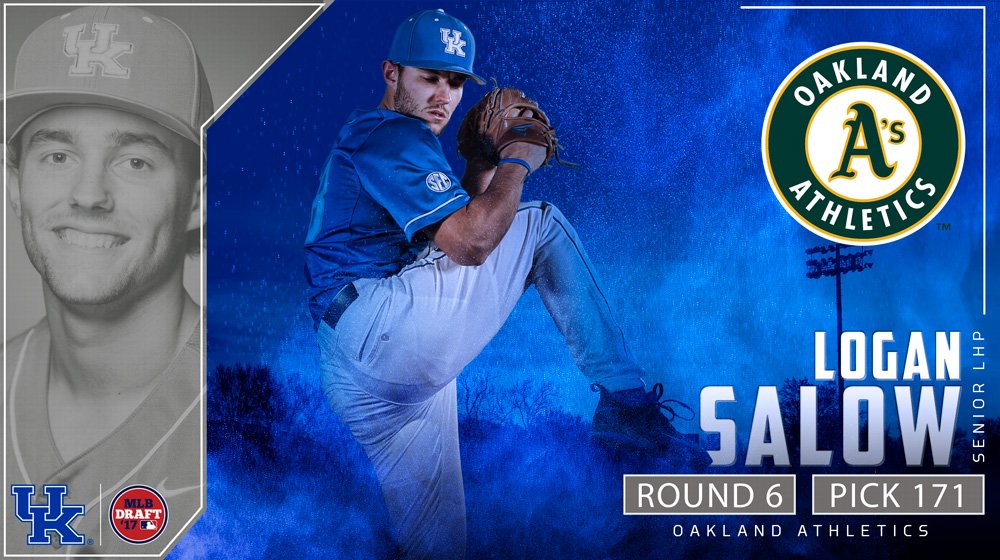 @UKBaseball[/caption] The Oakland A's drafted Logan Salow with the No. 171 overall pick, in the sixth round today. The Ashland, Ky. native was the Cats' senior closer in 2017, a season in which he threw 73 strikeouts and gave up only 37 hits in 55.1 innings pitched with a 1.95 ERA. At one point in the year he went through 30 batters without allowing a baserunner, and his 12 saves on the year tied him for second on the UK single-season saves record. Salow is the third Wildcat that has been selected so far in the draft. UK first baseman Evan White was selected 17th overall by the Seattle Mariners on Monday; second baseman Riley Mahan was drafted by the Miami Marlins at No. 89 overall on Tuesday. Go Cats.