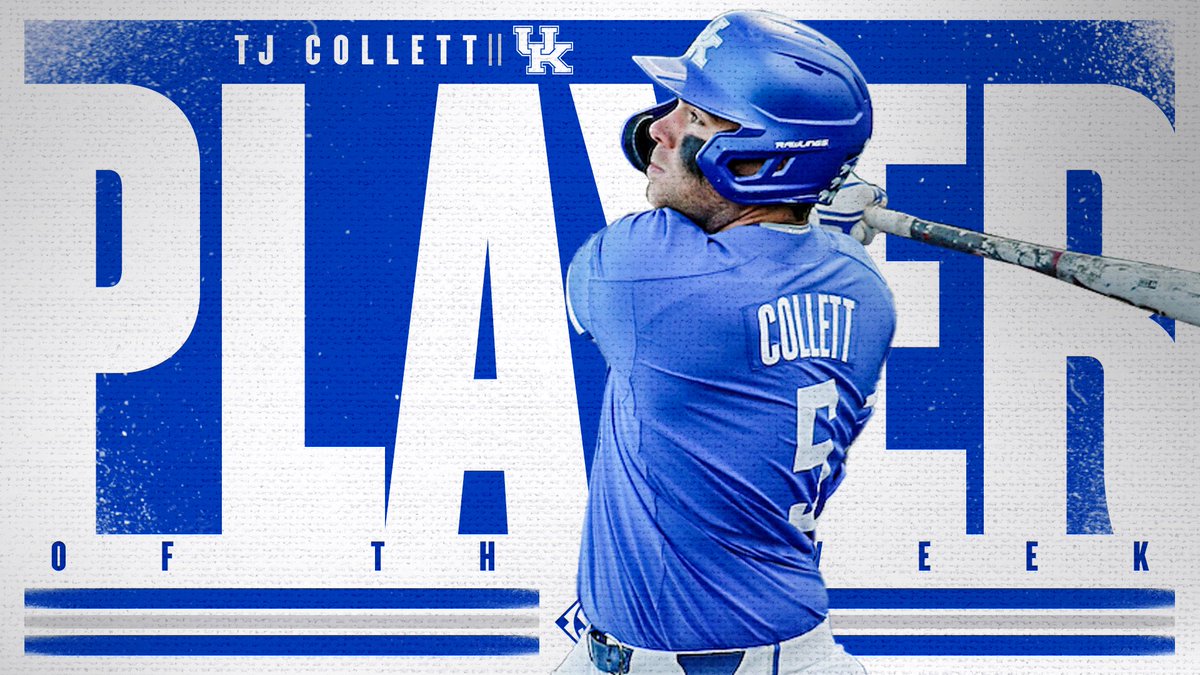 The Kentucky baseball team has gotten off to a rocky start this season, but it picked up a Sunday double-header sweep of tenth-ranked Ole Miss down in Oxford yesterday. The successful trip down south was followed with Monday afternoon's news that T.J. Collett is the Southeastern Conference Player of the Week after he hit game-winning home runs in both victories over the Rebels. The bombs gave Kentucky its first road series win against a top 10 opponent since 2015. https://twitter.com/UKBaseball/status/1117558842626314240 Collett now leads the team with nine home runs and 36 RBI. The Cats have a big week ahead with Louisville in town on Tuesday, followed by a three-game home series against Tennessee in Kentucky Proud Park.