COLUMBUS — The goal wasn’t to just let Austin Mack have his turn for Ohio State or see if he was capable of taking over an entire drive.

But four times in the span of six snaps, the Buckeyes wide receiver kept winning individual matchups, breaking free of coverage or finding a soft spot in the zone so Justin Fields could locate him. And for a quarterback who wants nothing more than to simply hit an open target no matter who it is, Mack was making it easy as the offense marched down the field before the senior eventually snagged a touchdown at Northwestern to cap his one-man catch barrage.

Mack didn’t play the following week against Wisconsin, and a hamstring injury still leaves his status unclear until the program releases its availability report on Friday ahead of this week’s matchup with Maryland. But just one drive against the Wildcats offered a clear reminder of just how valuable Mack can be for the No. 1 team in the nation — and why the Buckeyes will need him down the stretch when the competition gets ramped up again.

“I was thinking about that after the drive,” Fields said. “I was like: Austin really got the ball a lot there. That’s not really about the player, it’s just the play coach calls and he had the best space, best leverage and best matchups. So, I just went to him on most of those plays. 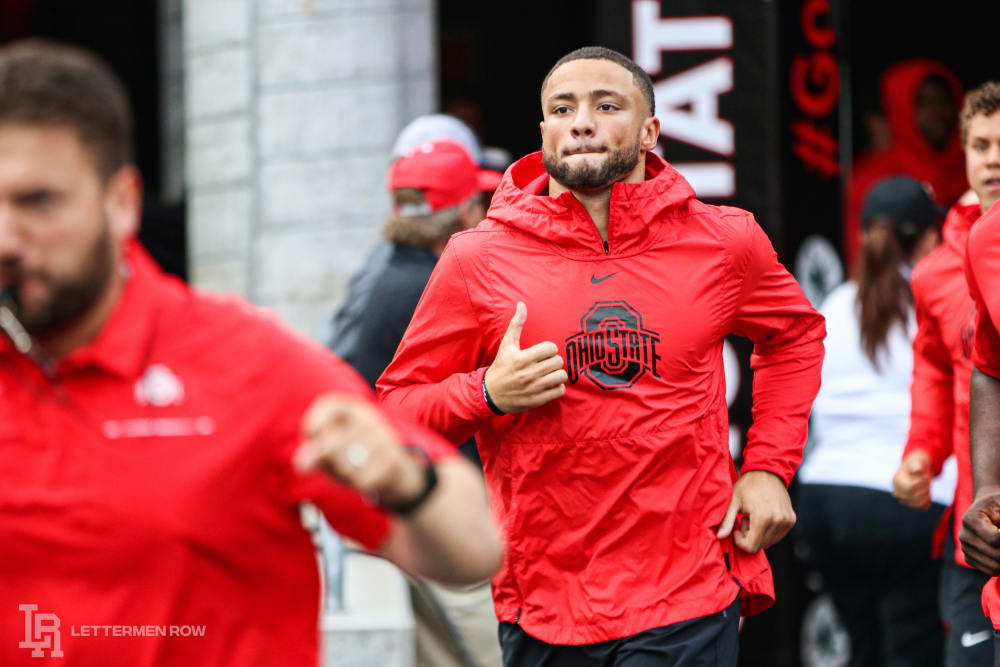 “I think he gives the receiving corps and the offense great leadership. I think he’s definitely a great player. He’s a big body, so I definitely like that. He’s got a great mind, he’s a smart receiver and just a great all-around receiver. Having him back would definitely help the team a lot.”

The Buckeyes were certainly able to keep rolling without him against the Badgers, but they would certainly be better off with their fourth-leading target back in the lineup at some point. Ohio State isn’t likely to rush anything with both Maryland and Rutgers likely representing little more than tune-up opportunities ahead of a huge matchup with Penn State and the rivalry against Michigan, but they’ll have to balance that with the desire to get any rust knocked off for Mack as the season winds down.

What would Austin Mack returning from injury mean for Ohio State? How was the senior helping the Buckeyes passing attack before the hamstring issue popped up before the Wisconsin game? Where could Mack still improve down the stretch? Former Ohio State wide receiver and national champion Evan Spencer was back in the Lettermen Row film lab looking at the production from Mack and trying to answer those questions in the latest episode of BuckIQ.