For starters, Victor has seemingly dozens of highlight-reel catches, he ranks in the school’s all-time top 10 in terms of receiving touchdowns and his incredible athleticism has been clear since the moment he stepped on campus.

Beyond that, the senior has spent countless hours on the practice field, in the weight room and in voluntary throwing sessions that all were part of the process of turning him from one-trick deep threat into a do-it-all wideout.

But if there’s one signature moment when all of that growth materialized in clear view, Victor’s comeback-sparking catch-and-run at Penn State last year will be the moment the Buckeyes never forget. And that might make it fitting that his final home game at Ohio State will be against those Nittany Lions with the Big Ten East Division on the line since that’s the opponent when his game really seemed to find the higher gear that was always projected for him.

“I mean, that helped [the confidence] a little bit,” Victor said after practice on Wednesday. “But I feel like: I’m at Ohio State, and I have to make plays like that. You know what I’m saying? So, it was coming. But I just took it and ran with it. 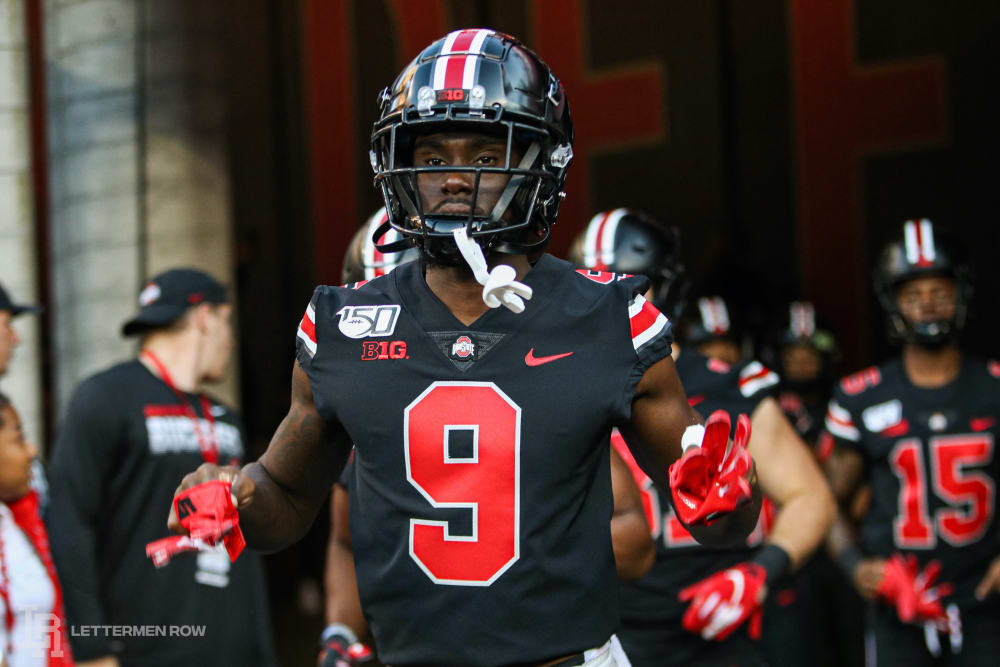 Ohio State wide receiver Binjimen Victor is looking to cap his career in style with the Buckeyes. (Birm/Lettermen Row)

“Last year was a great experience, because Penn State is obviously a great team. It was a back-and-forth game and I had a chance to make a play for my team. [That importance] hit me.”

Of all the guys to throw the haymaker back at the Buckeyes a year ago, Victor probably wouldn’t been one of the first few choices at wide receiver. It took time for Victor to finally put some weight on his 6-foot-4 frame, embracing elite practice habits wasn’t an overnight process for him and even now the veteran target doesn’t look like the kind of athlete made for elusive runs through traffic.

But since that moment, Victor has become the kind of receiver the Buckeyes can rely on for just about any job. And with three more touchdown grabs in the last two games, he’s again hitting his stride right on time before the biggest games of the season — and to cap off his career in style.

Where has Binjimen Victor made the most strides as a wide receiver at Ohio State? How much more could the Buckeyes lean on him down the stretch as the passing attack gets challenged? What routes suit his skills the best? Former Ohio State wide receiver and national champion Evan Spencer was back in the Lettermen Row film lab breaking it all down and trying to answer those questions in the latest episode of BuckIQ.