COLUMBUS — The mind of Chris Holtmann still lingers back to the Ohio State loss in the opening round of the NCAA Tournament.

The Buckeyes fell to Oral Roberts in the first round, just the ninth timeÂ ever that a No. 2 team has lost to a No. 15 team. After putting together a strong run in Big Ten Tournament and nearly winning the whole thing, the Buckeyes had sky-high expectations entering the Big Dance.

Struggling to even make it past the opening round wasn’t a thought headed into the tourney. After beating seven top-25 teams, making a run to the Sweet 16 seemed like the bare minimum.Â Instead, Holtmann’s squad struggled from the tip against Oral Roberts, ultimately driving back to Columbus after one round.

A loss like that is what keeps coaches up at night. And in his first media session since the loss, Holtmann reflected on the season and admitted the disappointment wouldn’t be leaving his or the program’s mind anytime soon.

“I think as gutting as that final game was, the challenge for me has been making sure our guys understand they did put themselves in position with really quality play throughout the season,” HoltmannÂ said. “And yet, at the same time we recognize there’s some things we have to continue and grow on. As I’m prone to do, the majority of my thoughts will be on that final game and that final moment. I don’t want it to diminish some of the real quality things that have been done last year, some that haven’t been done in the last six, seven years here.

“I think I’m going to have to find that balance. … I do think, like I mentioned right afterwards, we have to lean into it and own it. We can’t ignore it, we have to lean into the fact while we had a really good Big Ten Tournament and good regular season, this was our first year we just did not perform well in the NCAA Tournament. I think we have to own that.” 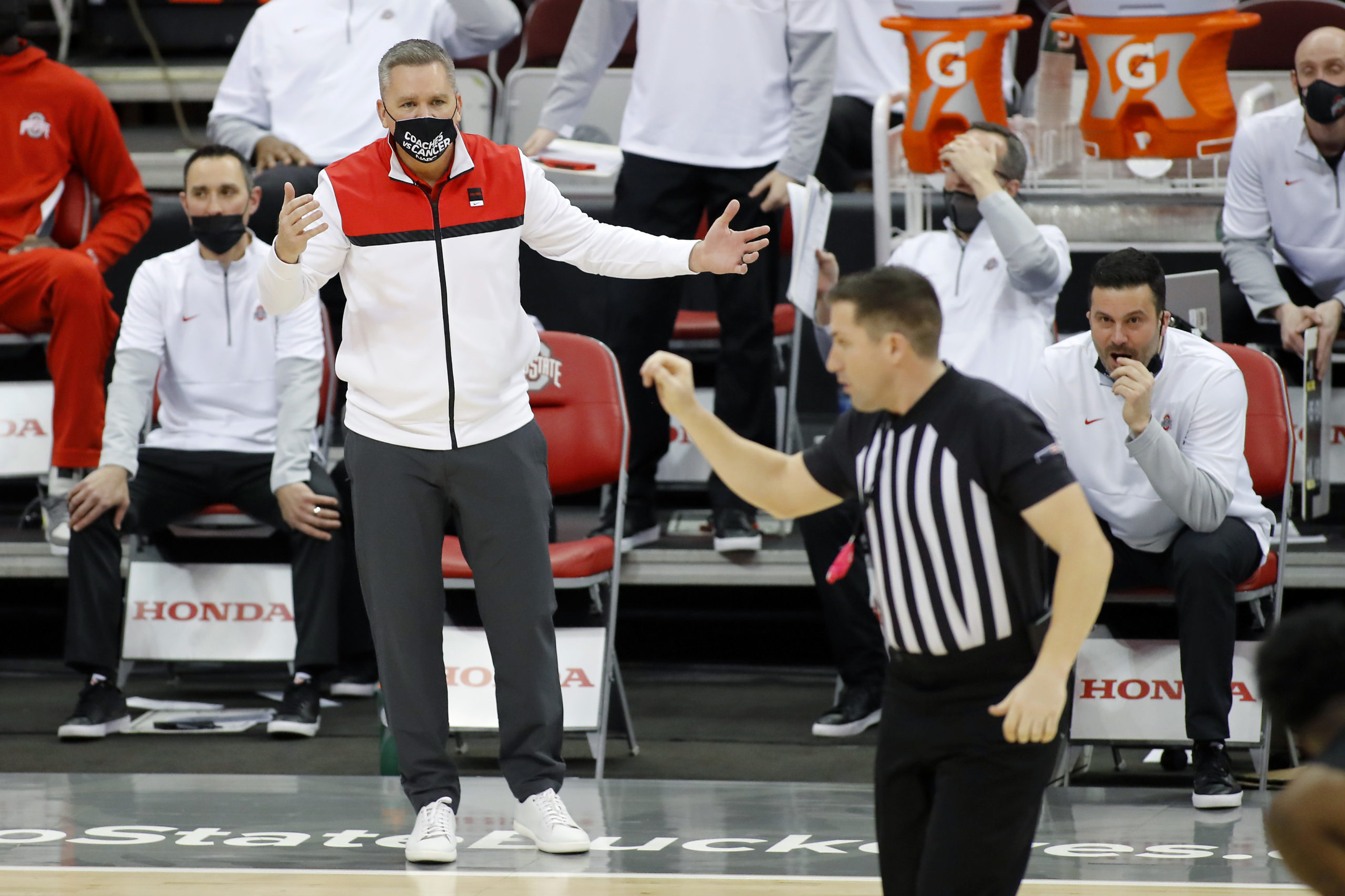 Ohio State coach Chris Holtmann lost in the first round for the first time this past season. (Joseph Maiorana/USA TODAY Sports)

In his fourth season with the Buckeyes, Holtmann finished 21â€“10 overall and Â 12â€“8 in the Big Ten, arguably the best conference in college basketball this season.

E.J. Liddell was named a first-team all-Big Ten performer by the Associated Press and Big Ten coaches, the first player at Ohio State do so since 2018. But the Buckeyes stumbled, closing out the regular season on a four-game losing streak. Game after game it seemed the Ohio State fell apart in the final 10 minutes, faltering when it needed to be shutting the door on teams.

The late-game struggles carried over to the conference tourney, where the Buckeyes went to overtime twice. And again in the NCAA Tournament, they headed to overtime and eventually losing.

Making it through the entire season and earning a No. 2 seed in the Big Dance is still outstanding, especially during a season played during the middle of a pandemic. Players didn’t see their families at all, dedicating their lives to basketball and giving up any social life.

“They were ready,” Holtmann said. “We’re talking about multiple months, two semesters, a little bit longer than some sports. … They cared about the program and the program’s success and each guy being healthy. It was phenomenal and they deserve a ton of credit for it. Having said that, they were ready not to be tested every day and they were very ready to see their family, as they should be. We got to go home to our family every night, every night. They didn’t get a chance to see their families and engage with them.

“They understood that. They accepted that. That doesn’t mean they were really ready for that moment.” 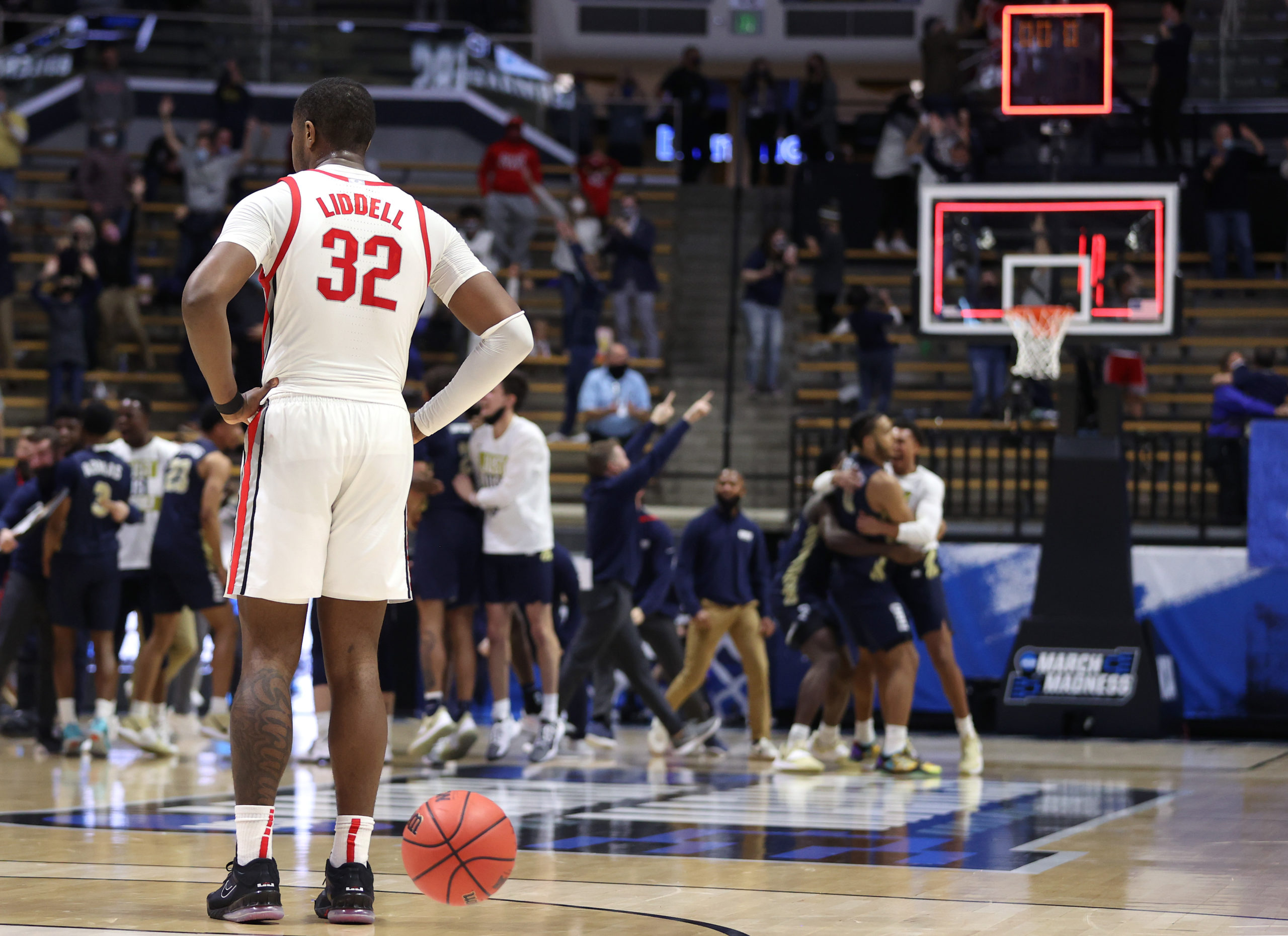 The pieces for next season are starting to come together already, though. Holtmann went out and grabbed Penn State’s Jamari Wheeler and Indiana’s Joey Brunk in the transfer portal. And Liddell and Duane Washington Jr. will soon make their announcements if they will return to Columbus for another season or hire agents and head into the NBA.

As of now, Ohio State’s at the scholarship limit. That means Holtmann has plenty of time to mold this group the way he wants. The focus will be on helping them learn and grow in their reflections of the way this past season ended while solving the on-court late-game struggles.

Now is when Holtmann starts get Ohio State in position to make sure it doesn’t lose in the opening round of the NCAA Tournament in 2022.

“I think we own it and lean into it,” he said. “As a coach, that’s what I’m going to do. At the same time, you’re not a No. 2 seed by accident. So there are moments that allowed you to be a No. 2 seed. … With that comes great anticipation and exception. The challenging for me has always been teams you really like and like to coach, and you know genuinely love and care for one another, the highs are really highs and the lows are really low.

“The teams that really genuinely care about one another, their emotions are really strong. I think this one still feels it.”