COLUMBUS — From the outside, the out-of-nowhere storyline for Chris Olave at Ohio State makes sense.

The California kid was something of a happy accident when the Buckeyes discovered him while targeting one of his teammates. Most of his freshman campaign was spent in a reserve role. It’s possible that even while the gifted athlete was making some noise on the practice field that he might not have even had a chance to get on the field much until a late-season injury to another wideout gave him the chance.

But once Olave got his opportunity, there’s absolutely no doubt that he’s made the most of it. In short order since his star turn in The Game and a key role in the Big Ten championship, Olave has rapidly become one of the most important contributors for Ohio State — thanks in large part to his willingness to do anything the program needs.

“His production has been off the charts,” Ohio State coach Ryan Day said. “But that’s the way he practices. When you go back through and watch the film over the last few weeks, he’s practicing that way. This is a guy who is highly productive for a reason, because that’s the way he works. He knows what he’s doing when he’s out there. He takes the job very serious, and he practices really, really hard. Any time you practice really, really well you gain the confidence of the guys around you. 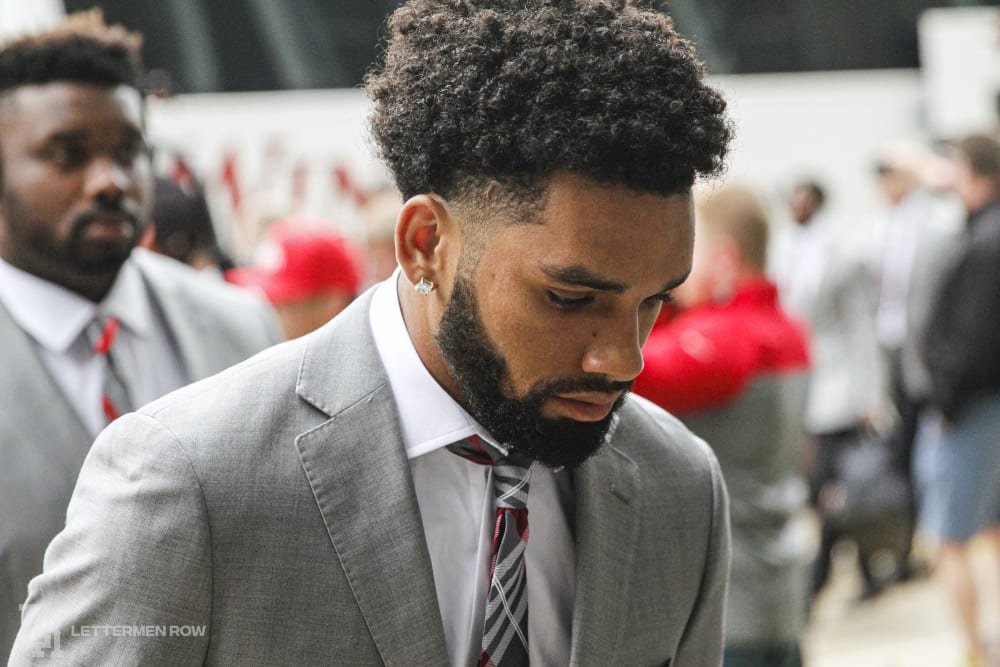 Ohio State wide receiver Chris Olave has already set personal career highs across the board for the Buckeyes. (Birm/Lettermen Row)

“It’s belief based on your practice habits. If we’re throwing a go ball or throwing a post and we’re dropping it in practice or we’re not where we’re supposed to be, there’s no belief there. But when you do it in practice and you believe in somebody, then that makes a big difference in game. Confidence is critical, especially when it’s time to execute on the game field.”

Few players are doing it any better than Olave so far this season, who set the bar so high with his two-touchdown, one-blocked punt breakout in the win over Michigan last year. The sophomore is meeting those raised expectations now, though, topping his production from a year ago in every receiving category through just five games. He’s also got another blocked kick to his credit to go along with his 16 receptions, 258 yards and four touchdowns heading into the matchup with Michigan State on Saturday night at the Horseshoe.

What makes Chris Olave so valuable for Ohio State? Is any part of his emergence into one of the most important Buckeyes surprising at this point? Where can Olave continue to expand his impact and keep helping the two-time defending Big Ten champions? Former Ohio State wide receiver Evan Spencer was back in the Lettermen Row film lab answering those questions and breaking down the film of the rising star.