The Ohio State quarterback just needed everybody else to get up to speed with what he could do.

Two years ago Stroud was a three-star prospect before dominating at the Elite 11 competition, changing everything about his recruitment and putting his future on a completely different trajectory. He would skyrocket into five-star territory, virtually every major program in the country would be calling him and the kid from Rancho Cucamonga, Calif., was something of an overnight celebrity.

Some of that did catch Stroud by surprise. But even in the middle of his senior season when Lettermen Row paid a visit to the eventual Buckeyes commit and now projected heir apparent to Justin Fields, Stroud was never unsure about his own potential. 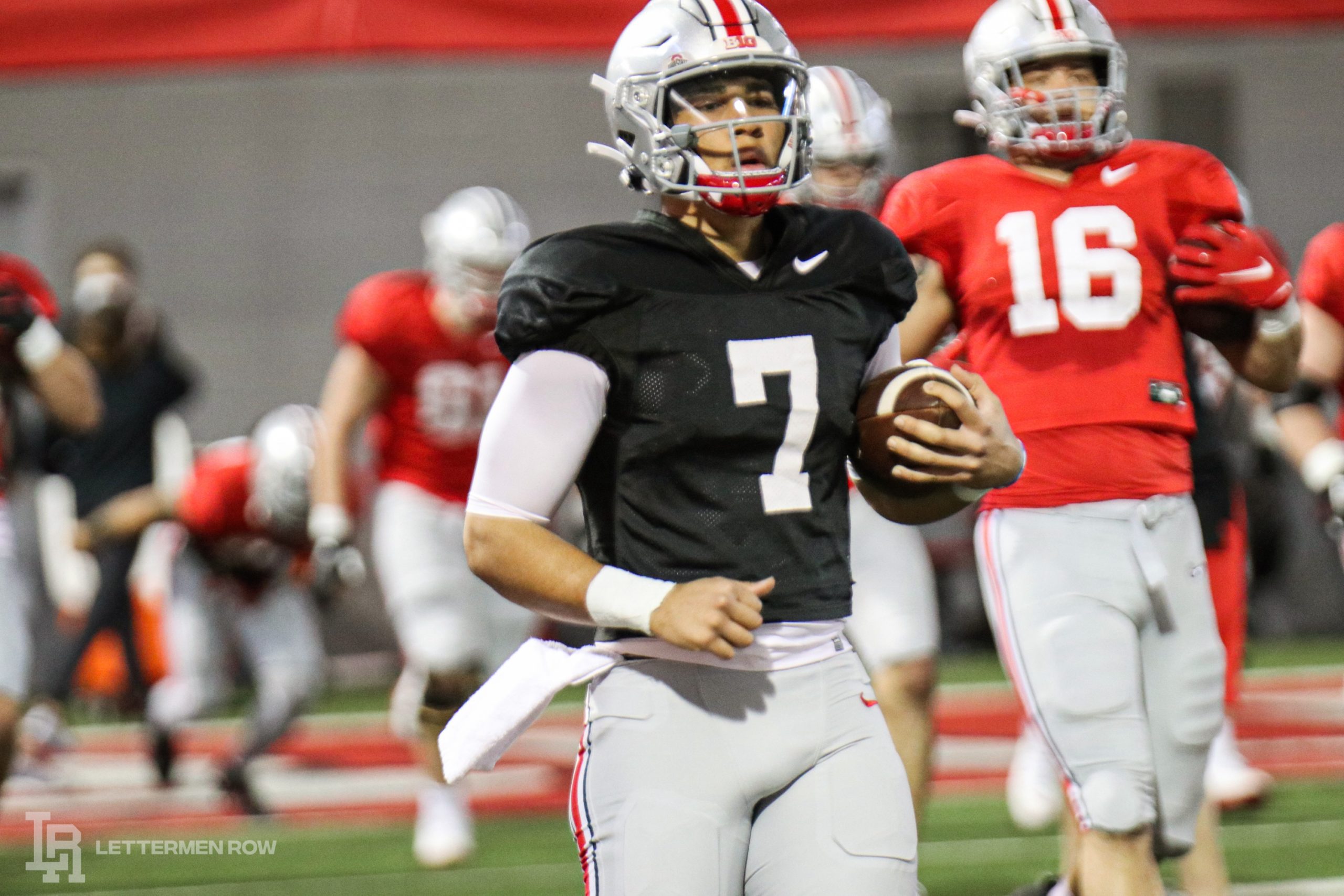 Ohio State quarterback C.J. Stroud is trying to live up to his five-star status. (Birm/Lettermen Row)

“What if The Opening didnâ€™t happen? Thatâ€™s a great question, and honestly I donâ€™t have a certain answer,â€ Stroud said then. â€œIâ€™d probably be staying close to home, maybe somewhere in the Pac-12. But I feel like my senior season would have been the same no matter what. I would have been proving myself. I feel like schools would have reached out, but I donâ€™t know if it would have been to this extent. I think my senior year, though, is showing people that I can actually really play football.

“When I was going [to compete] this summer as a three star, I was happy with that. I was like: Iâ€™m going to show people why Iâ€™m this good, because the rest isnâ€™t up to me to decide. All I can do is control what I can control. I canâ€™t control what a reporter thinks about me unless Iâ€™ve talked to them in person. But I can control what happens on the field, so I wanted to show everybody that Iâ€™m the best quarterback in the country.”

That process is starting all over again on a much higher level as Stroud tries to build on his lead in the Ohio State quarterback race and cement himself as the starter when the competition resumes in training camp.

Two more touted prospects in five-star Kyle McCord and former four-star Jack Miller will keep battling and pushing Stroud. But he’s never backed down from any competition — and winning one against similarly-talented passers is what catapulted him to Ohio State in the first place.

How can the skillset of C.J. Stroud allow him to thrive in the Ohio State offense? What did the second-year quarterback show about his potential during spring camp? What is Stroud like in the meeting room? Former Buckeyes quarterback and Stroud teammate Gunnar Hoak put on some film and answered those questions and more in his first appearance on BuckIQ.