COLUMBUS — The search would have to be far and wide to find a player who went out of his way to show college coaches how much he wanted to join their program more than Cormontae Hamilton did to OhioÂ State.

The Whitehaven (Memphis, Tenn.) 3-star prospect had his heart set on attending theÂ Friday Night Lights camp with the Buckeyes last June and had lined up a ride to the event with his mother. Unfortunately, with his mom unable to get work covered, Hamilton had to make a choice: Find another ride or skip the camp that he’d been waiting patiently for, a camp that he believed would once and for all prove to Urban Meyer and Kevin Wilson that he was the right fit for Ohio State’s offense.

So he found another ride, a very unconventional one.

â€œI came up there on a Greyhound (bus) just to be there and camp,” he shared prior to his commitment in late July. “I went there with a sprung AC joint in my right shoulder and didnâ€™t give up not one bit. I gave it my all.â€ 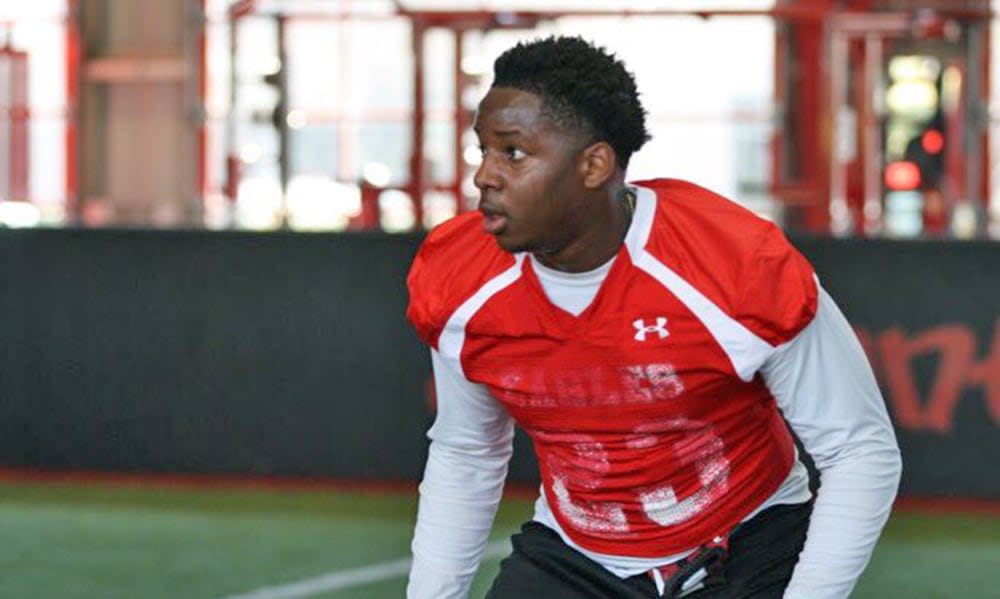 That effort and determination is what caught the eye of the Buckeyes and one reason that the Ohio State coaching staff decided to take a flier on a young man who is built considerably different than most of the other tight ends being recruited by the program. Another reason? Hamilton can play football, period.

â€œHe is dynamic and has some of the best hands in the country,â€ Hamilton’s high school coach, Rodney Saulsberry told Lettermen Row. â€œHeâ€™s a wide receiver trapped in a big, old body. He makes plays on the daily that are now normal to see him make. One-handed catches across his body, catches in traffic, in double and triple coverage. Heâ€™s strong enough to play the tight end position, to block and do all those things, but heâ€™s very, very elusive and a good guy in space too. Heâ€™s got awesome potential.â€

But does he have the potential to be a factor in Ohio State’s evolving, more pass-happy offensive concepts? That’s the question that former Ohio State tight end Jake Stoneburner and Lettermen Row senior writer Austin Ward are trying to answer in today’s BuckIQÂ breakdown of the 6-foot-2, 255-pound Hamilton.