The goals are unchanging, the moments exactly like the opportunities that lie in front of Dawand Jones.

Ohio Stateâ€™s mountainous freshman offensive tackle, he of the 6-foot-8, slimmed-down, 360-pound frame, is a member of a team bound for the College Football Playoffs later this month against Clemson, precisely because of a vision for moments like the recent Big Ten title.

Jones does his part daily to both will and work these moments into reality.

â€œIn our meeting room, we have this wall where all the legends are, all the All-Americans are,â€ Jones told Lettermen Row. â€œAnd thatâ€™s what Iâ€™m just chasing, honestly. On my paper that I have where we have our goals, [it’s written down] to be the next Orlando Pace. Thatâ€™s my goal, honestly, going out there.

â€œI write down those goals every day and try to live it out every day in practice.â€ 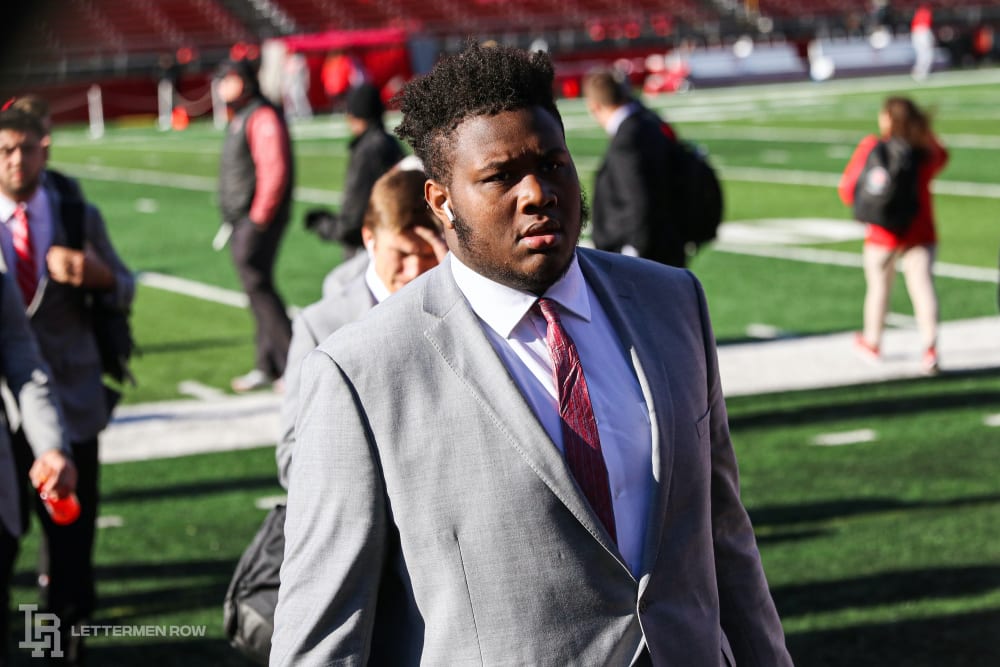 In pursuit of those accolades, Jones is seeking to maximize this monthâ€™s extra practices with the Buckeyes — the spoils of being an undefeated team tracking toward a showdown with defending national champion Clemson in the Fiesta Bowl.

Jones knows now is the time to capitalize on the bonus sessions and begin further establishing his foundation as a future anchor along the Ohio State offensive line.

â€œFor me, itâ€™s honestly a blessing. To go through this process since June and just buying into what these coaches have been saying, itâ€™s just crazy. Truly a blessing from God.â€

A one-time basketball recruit who held NCAA Division I scholarship offers on the hardwood and led his Ben Davis (Indianapolis) High School to a state title, Jones is seeing the benefits of weight-loss since his Columbus arrival and motivated for even greater gains in mobility. 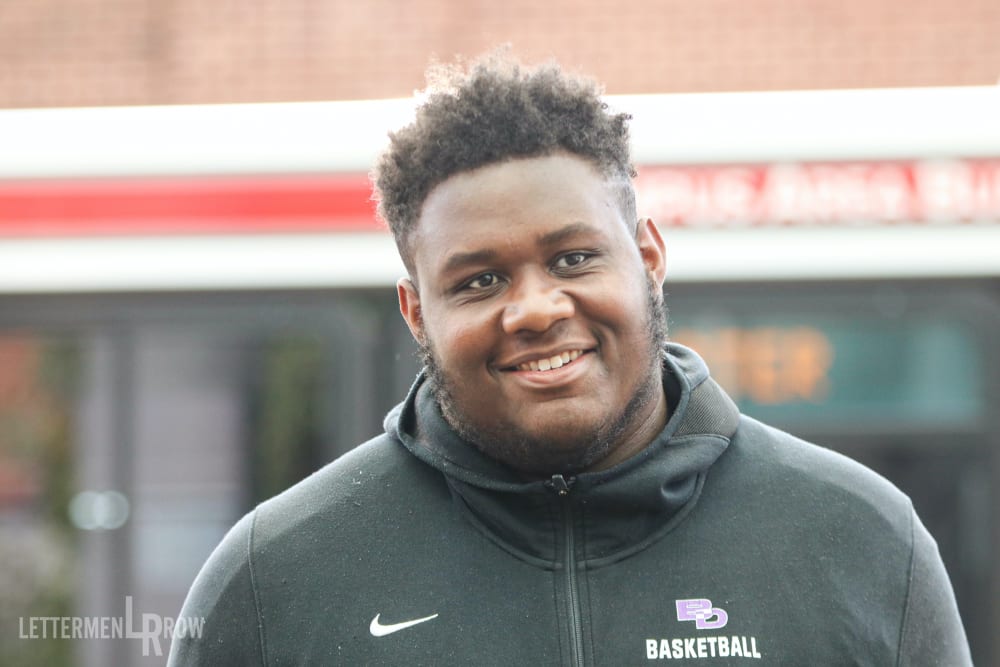 Ohio State freshman Dawand Jones has slimmed down since reporting to the Buckeyes. (Birm/Lettermen Row)

â€œHonestly, at 360, it does feel better. It feels better. So if I lose some more weight, it will probably feel even better. I just want to keep grinding down and keep getting in the weight room, running and conditioning and cardio. All that to get down to where I need to be.â€

Of course, itâ€™s the path in front of him here at Ohio State that lets Jones know he is exactly where he envisioned being.

â€œHonestly, I sat down with my high school coach to figure out which school was the best option for me, and not just because weâ€™re winning, but this school is going to develop me for sure and get me to where I want to be,â€ Jones said. â€œNo matter if thatâ€™s the NFL or not, I know Ohio State will develop me.

â€œIâ€™m happy I made the decision to be here.â€

Happy to be in the chase — for a national title and the sizable aspirations for Dawand Jones to follow some of the gameâ€™s greats.