INDIANAPOLIS — Enokk Vimahi surveyed the scene around him inside the Lucas Oil Field locker room, he and his teammates fresh off Ohio Stateâ€™s third-straight Big Ten championship.

This? This was a foundational moment worth a nearly 4,500-mile journey from Kahuku, Hawaii, to Columbus.

â€œAs a freshman, sometimes you donâ€™t get to play as much but you get to learn from the leaders in front of you, and I feel like Coach Stud [Greg Studrawa] said it the best: â€˜Youâ€™ve got to see how much effort, how much time they put into winning the Big Ten,â€™â€ Vimahi told Lettermen Row. â€œJust being behind the scenes and seeing that, learning as a young pup, you know I feel like I already gained an advantage from that. Maybe not taking the reps physically, but we stress our mental reps here a lot.

â€œWhatever the future holds, I know I got better just because of the mental reps Iâ€™ve been getting.â€

Vimahiâ€™s future now entails a different journey than the path originally planned. Initially, the 6-foot-4, 270-pound 2019 U.S. Army All-America selection had intended to fulfill his Mormon mission immediately on the heels of his freshman season.

Yet after careful introspection, Vimahi is delaying that journey.

â€œIt was kind of a hard process for me, because I know I had already established I was going to leave after this semester,â€ said Vimahi, who appeared in two games this season and will enter 2020 as a redshirt freshman. â€œThrough much prayer and after talking with my parents I felt like, you know, it was best for me to stay. 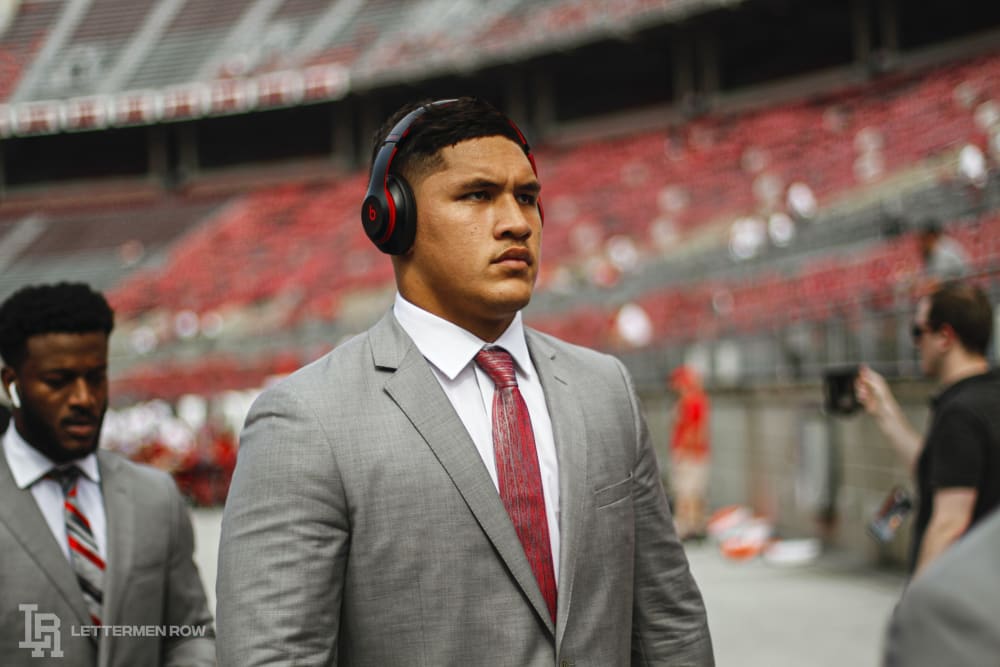 Ohio State guard Enokk Vimahi is sticking around instead of going on his planned mission. (Birm/Lettermen Row)

â€œI donâ€™t regret that decision at all. Coach Stud and Coach [Ryan] Day are supporting me through that decision as well my parents. You know, itâ€™s time for me to be an adult, make my own decisions. Thatâ€™s what they said, and Iâ€™m happy to see what my career here at Ohio State is going to end up being like.â€

Vimahiâ€™s comfort in making the decision stems from a remarkable support system on his home island; a foundation that includes, according to former high school coach Sterling Carvalho, family and friends in Kahuku flying Buckeyes flags.

â€œItâ€™s very crucial, especially when you travel thousands of miles to Ohio, you know?â€ Vimahi said. â€œJust knowing that you always have someone to talk to, whether it be your parents, siblings, cousins, friends, past coaches, mentors. Itâ€™s not just one person you can talk to, and thatâ€™s the best part of that support system. And theyâ€™re not biased with any of their judgment calls, either.

â€œTheyâ€™re going to give me the feedback that they think is best for me. But at the end of the day, they know that Iâ€™m grown enough to make my own decisions.â€ 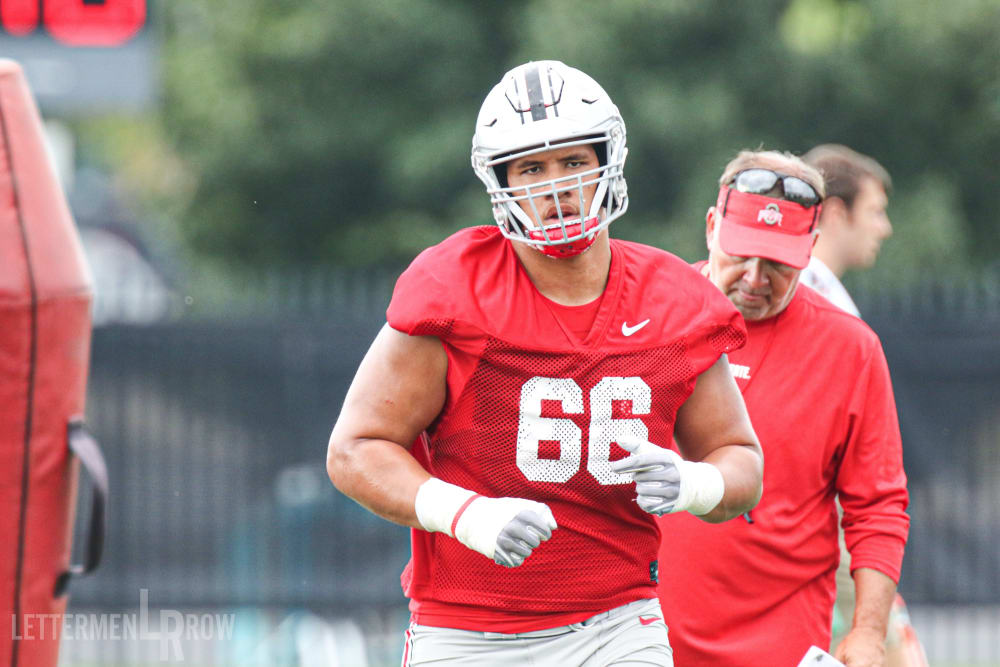 Vimahiâ€™s open approach to communication already is helping establish a bond for the future of the left wall of the Buckeyes offensive line with Vimahi and Dawand Jones, his fellow freshman classmate and roommate.

â€œDawand plays left tackle and I play left guard, so we like to talk with each other a lot,â€ he said. â€œHeâ€™s my roommate, so we get along with each other really well. Especially the communicating, whenever we get in together during practice, we already know communication on the offensive line is vital and just establishing that connection with him, most of the time is half the battle.â€

Still, itâ€™s a battle for which Vimahi is preparing for alongside his fellow trench-men.

â€œYou know, Coach [Phil] Matusz, our assistant strength coach, talks to Dawand and I and also Ryan Jacoby a lot about us being the future — and Harry Miller as well — being the future of the Buckeyes [offensive] line,â€ Vimahi said. â€œYou donâ€™t really feel it or it doesnâ€™t really hit you until you get into these big games like: â€˜Wow! Weâ€™re starting to come to the end of our season. Itâ€™s time for us to step up.â€™

Thanks to a change of plans, that turn for Enokk Vimahi is likely coming much sooner than expected at Ohio State.